This month offers a guided tour by countless authors across the varied terrains of Morocco, Syria and Ethiopia. After reading these first hand encounters, make the baby steps towards visiting some of these places yourself with Lonely Planet’s new seasonal compendium Where to Go When, one of it’s more practical tomes, equally as good for drooling at as it is for the meticulous planning of the trip of a lifetime. For more backyard insights, consult the moody waters of Islands and uncover some of the unseen realities of the submerged rocks surrounding the endlessly fascinating archipelago we call Aotearoa and New Zealand.

Morocco : in the labyrinth of dreams and bazaars / by Walter M. Weiss ; translated by Stefan Tobler.
“Walter M. Weiss brings extensive knowledge of the region to bear as he travels the breadth and depth of the country’s social and geographical contrasts. Weiss visits the settings of modern legends, such as Tangier, as well as the two medieval centres Fès and Meknès, and sees earthen kasbahs and Marrakech’s bazaar. On the way, he meets acrobats, Sufi musicians, pilgrims, craftsmen, beatniks, rabbis, and Berber farmers–a kaleidoscope of variety and cultural influence.” (adapted from Syndetics summary)

The street philosopher and the holy fool : a Syrian journey / Marius Kociejowski.
“The ancient land of Syria remains for many a sinister and forbidding destination, only recently opening up to foreign travellers. Marius Kociejowski presents a completely fresh and unexpected face to this mysterious country. Based on his own visits to Syria, The Street Philosopher and the Holy Fool describes a journey which brings him into contact with a host of colourful and unusual characters, each of whom is an outsider of sorts.” (adapted from Amazon.com summary)

Ethiopia : through writers’ eyes / edited by Yves-Marie Stranger.
“This book is the perfect companion to any exploration of Ethiopia, be it in the precarious saddle of an Abyssinian pony, or from the folds of an armchair. A compendium of all things Ethiopian, the book throws wide-open the precious windows of understanding, allowing you to gaze deeper into the landscape and people with additional wonder.” (adapted from Syndetics summary) 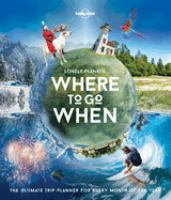 Inspired journeys : travel writers in search of the muse / edited by Brian Bouldrey.
“Full of humor, profundity, and obsession, these are tales of writers on peregrine paths. Some set out in search of legends or artistic inspiration; others seek spiritual epiphany or fulfillment of a promise. All of these pilgrimages are worthy journeys–redemptive and serious. But a time-honored element of pilgrimage is a suspension of rules, and there is absurdity and exuberance here as well.” (adapted from Syndetics summary)

Forty shades of white : my amazing Antarctic journey / Ginni Bazlinton.
“Ginni Bazlinton signed up for a voyage to the planet’s fifth largest continent. Antarctica was a vast unknown to her when she set off on the rugged scientific vessel, the Akademik Shokalskiy. For this grandmother ‘from next door’ her encounter with an area known to so few becomes the gateway to a profound attachment to the miracle that is Antarctica and a keener understanding of the Earth and humanity’s ambiguous role within it.” (adapted from Syndetics summary) 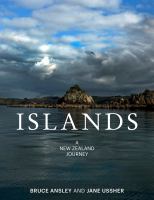 Islands : a New Zealand journey / Bruce Ansley and Jane Ussher.
“New Zealand is surrounded by hundreds of islands, mainly remnants of a larger land mass now beneath the sea. Some are idyllic retreats; others have poignant histories of castaways, prisons and leper colonies. Some have become sanctuaries, safe from destructive predators; some are farmed by fifth and sixth generations of the same family; others are isolated outposts, barely sustaining life at all; while some are hidden where you’d least expect…” (adapted from Syndetics summary)

Never put all your eggs in one bastard / Peta Mathias.
“In this ‘memoir of sorts’, Peta looks back at the patterns of her life while she embarks on the next big stage in it- selling her beloved cottage in Auckland to buy a dilapidated old house in Uzos in the south of France and transforming the old wreck into a stylish home and cooking school. Spiced with recipes, the thrills and tribulations of reinventing yourself and her trademark humour, this book is really about never putting all your eggs in one bastard.” (adapted from Syndetics summary)

By the seat of my pants / edited by Don George.
“Lonely Planet knows that some of life’s funniest experiences happen on the road. These 31 globegirdling tales that run the gamut from close-encounter safaris to loss-of-face follies, hair-raising rides to culture-leaping brides, eccentric expats to mind-boggling repasts, wrong roads taken to agreements mistaken. The collection brings together some of the world’s most renowned travellers and storytellers with previously unpublished writers.” (adapted from Syndetics summary)