This month have a look at far-reaching histories on today’s nation-states both new and old in Tokyo: A Biography and A History of South Sudan. Leaf through the intimate notes of Lydia Ginzburg from St. Petersburg under siege, or the unpredictable encounters of Tom Lutz’ ramblings through every country in the world. Take a trip through past and future in Robert L. Kelly’s Fifth Beginning, or follow the indigenous footsteps that made it back to deal directly with empire, at the heart of London.

Notes from the blockade, and, A story of pity and cruelty / Lydia Ginzburg
“From her experience as a survivor of the 900-day siege of Leningrad, Lidiya Ginzburg has created a remarkable hero in whom she distils the experience of life under siege. Though she depicts the harrowing conditions, the reader takes away an impression of the dignity, vitality, and intellectual resilience of the thinking mind as it makes sense of extreme experience. This classic work of documentary fiction will be the first introduction of a major 20th-century Russian writer to many English-language readers.” (adapted from Syndetics summary)

Indigenous London : native travellers at the heart of empire / Coll Thrush.
“Historian Coll Thrush offers an imaginative vision of the city’s past crafted from an almost entirely new perspective: that of Indigenous children, women, and men who travelled there, willingly or otherwise, from territories that became Canada, New Zealand, Australia, and the United States, beginning in the sixteenth century. Thrush illustrates how London learned to be a global, imperial city and how Indigenous people were central to that process.” (adapted from Syndetics summary)

And the monkey learned nothing : dispatches from a life in transit / Tom Lutz.
“Without an itinerary and without a goal, Tom Lutz is on a mission to visit every country on earth, describing personal encounters in rarely visited spots and anecdotes from way off the beaten path. With an eye out for both the sublime and the ridiculous, Lutz falls, regularly, into the instant intimacy of the road with random strangers.” (Syndetics summary) 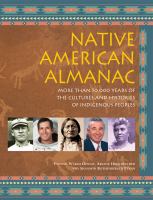 A history of South Sudan : from slavery to independence / Øystein H. Rolandsen, M. W. Daly.
“South Sudan is the world’s youngest independent country. Established in 2011 after two wars, South Sudan has since reverted to a state of devastating civil strife. This book provides a general history of the new country, from the arrival of Turco-Egyptian explorers in Upper Nile, […] to the Anglo-Egyptian colonial era. The book concludes with coverage of events since independence, with insights into what the future might hold.” (adapted from Syndetics summary)

Under the shadow : rage and revolution in modern Turkey / Kaya Genç.
“Turkey stands at the crossroads of the Middle East―caught between the West and ISIS, Syria and Russia, and governed by an increasingly forceful leader. Acclaimed writer Kaya Genç; has been covering his country for the past decade. In Under the Shadow he meets activists from both sides of Turkey’s political divide, getting to the heart of the compelling conflicts between history and modernity in the Middle East.” (adapted from Syndetics summary)

Tokyo : a biography : disasters, destruction and renewal : the story of an indomitable city / Stephen Mansfield.
“The history of Tokyo is as eventful as it is long. In a whirlwind journey through Tokyo’s past from its earliest beginnings up to the present day, this Japanese history book demonstrates how the city’s response to everything from natural disasters to regime change has been to reinvent itself time and again.  Readers see a city almost unrivalled in its uniqueness, a place that–despite its often tragic history–still shimmers as it prepares to face the future.” (adapted from Syndetics summary)

My brother’s keeper : Christians who risked all to protect Jewish targets of the Nazi Holocaust / Rod Gragg.
“My Brother’s Keeper unfolds powerful stories of Christians from across denominations who gave everything they had to save the Jewish people from the evils of the Holocaust. In one gripping profile after another, these extraordinary historical accounts offer stories of steadfast believers who together helped thousands of Jewish individuals and families to safety. Many of these everyday heroes perished alongside the very people they were trying to protect.” (adapted from Syndetics summary)

The fifth beginning : what six million years of human history can tell us about our future / Robert L. Kelly.
“From four key pivot points in the six-million-year history of human development, Kelly looks ahead, giving us evidence for what he calls a fifth beginning, one that started about AD 1500 that some would call “globalization.” Kelly predicts that this will include the end of war as a viable way to resolve disputes, the end of capitalism as we know it, the widespread shift toward world citizenship, and the rise of forms of cooperation that will end the near-sacred status of nation-states. However, the author is cautiously optimistic: he dwells not on the coming chaos, but on humanity’s great potential.” (adapted from Syndetics summary)

The illustrated story of England / Christopher Hibbert ; illustrated by John Broadley ; new chapter by Dr Seán Lang.
“This concise and fast-paced introduction to English history keeps the reader enthralled through the entire course of the country’s political, economic, and cultural landscape, covering the whole sweep of English history from the Stone Age to the present. In this newly illustrated edition, John Broadley’s unique tableaux-like illustrations capture the landscape, costumes, and characters of the history that Hibbert’s text so vividly evokes.” (adapted from Syndetics summary)