One word: Springsteen. Or, if you’d prefer three, Born to Run. That’s right, the king of recession rock has launched his memoir, and we’ve got you the eAudiobook. Sharing the bill are none other than writer and blogger Jessica Valenti and comedian Phoebe Robinson, as well as the latest work from Noam Chomsky. So in the words of The Boss – sit tight, take hold (and sign in to Overdrive!). 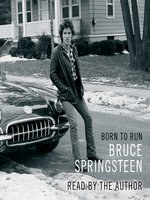 Born to Run, by Bruce Springsteen
“Over the past seven years, Bruce Springsteen has privately devoted himself to writing the story of his life, bringing to these pages the same honesty, humour and originality found in his songs. He describes growing up Catholic in Freehold, New Jersey, amid the poetry, danger and darkness that fuelled his imagination, as well as the story of the personal struggles that inspired his best work.” (Adapted from the Overdrive description.) 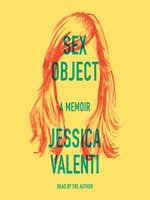 Sex Object, by Jessica Valenti
“Jessica Valenti has been leading the national conversation on gender and politics for over a decade. Now, in a darkly funny memoir, Valenti explores the toll that sexism takes from the every day to the existential. Sex Object explores the painful, funny and sometimes illegal moments that shaped Valenti’s young adulthood in New York City, revealing a much shakier inner life than the confident persona she has cultivated as one of the most recognizable feminists of her generation.” (Adapted from the Overdrive description.) 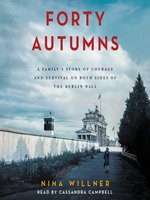 Forty Autumns, by Nina Willner
“A former American military intelligence officer goes beyond traditional Cold War espionage tales to tell the true story of her family—of five women separated by the Iron Curtain, and their miraculous reunion after the fall of the Berlin Wall. She takes us deep into the terrifying world of East Germany under Communist rule, revealing both the cruel reality her relatives endured and her own experiences as an intelligence officer. A beautifully written story of five women whose spirits could not be broken.” (Adapted from the Overdrive description.) 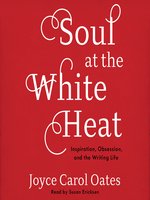 Soul at the White Heat, by Joyce Carol Oates
“Why do we write? With this question, Joyce Carol Oates begins an imaginative exploration of the writing life and all its attendant anxieties, joys and futilities. Leading her quest is a desire to understand the source of the writer’s inspiration—do subjects haunt those that might bring them back to life until the writer submits? Or does something “happen” to us, a sudden ignition of a burning flame? Oates provides unique insights in this candid dispatch from the writing room.” (Adapted from the Overdrive description.) 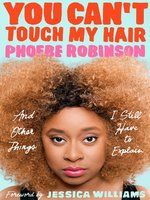 You Can’t Touch My Hair, by Phoebe Robinson
“Phoebe Robinson has experienced her fair share of prejudice: she’s been unceremoniously relegated to the role of “the black friend”; she’s been questioned about her love of U2 and Billy Joel; she’s been called “uppity” for having an opinion in the workplace; she’s been followed around stores by security guards; and yes, people do ask her whether they can touch her hair all. the. time. Now, she’s ready to take these topics to the page—and she’s going to make you laugh as she’s doing it.” (Adapted from the Overdrive description.) 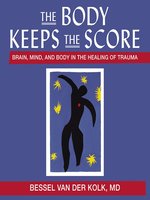 The Body Keeps the Score, by Bessel A. van der Kolk
“In The Body Keeps the Score, Bessel van der Kolk transforms our understanding of traumatic stress, revealing how it rearranges the brain’s wiring—specifically areas dedicated to pleasure, engagement, control and trust. He shows how these areas can be reactivated through innovative treatments including neurofeedback, mindfulness techniques, play, yoga and other therapies.” (Adapted from the Overdrive description.) 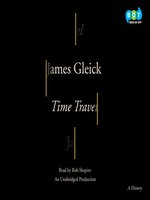 Time Travel, by James Gleick
“From the author of The Information and Chaos, here is a mind-bending exploration of time travel: its subversive origins, its evolution in both literature and science and its influence on our understanding of time itself. James Gleick tracks the evolution of time travel as an idea that becomes part of contemporary culture—from Marcel Proust to Woody Allen. He investigates the inevitable paradoxes and porous boundary between pulp fiction and modern physics.” (Adapted from the Overdrive description.) 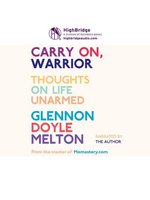 Carry On, Warrior, by Glennon Doyle Melton
“Glennon Melton believes that by shedding our weapons and armour, we can stop hiding, competing, striving for the mirage of perfection, and ultimately build a better life in our hearts, homes and communities. Readers will find a wise and witty friend who will embolden them to cut themselves a break and commit to small acts of love that can have an extraordinary impact.” (Adapted from the Overdrive description.) 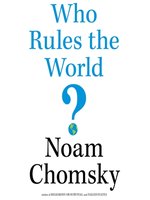 Who Rules the World?, by Noam Chomsky
“The world’s leading intellectual offers a probing examination of the waning American Century, the nature of U.S. policies post-9/11 and the perils of valuing power above democracy and human rights. Drawing on a wide range of examples, from the expanding drone assassination program to the threat of nuclear warfare, he offers unexpected and nuanced insights into the workings of imperial power on our increasingly chaotic planet.” (Adapted from the Overdrive description.)