This month’s selection includes books on cycling, boat racing, running, cricket soccer and fishing. Perhaps you’ll find inspiration for a hobby to take up in the new year! 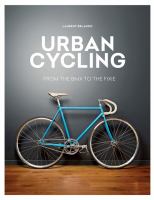 Urban Cycling : from the BMX to the fixie / Laurent Belando.
“City cycling is on the up all over the world, and this stylish book is the perfect celebration of its growing popularity. With beautiful photography and street-style profiles of cyclists of all walks of life, Urban Cycling is a fascinating study of the cyclists that roam our city streets – from BMX gangs to cycle couriers and everything in between.” (Syndetics summary)

Winning Isn’t Luck : how to succeed in racing dinghies and yachts / Fred Imhoff ; translated by Chris Schram.
“Whether racing dinghies or yachts, every sailor wants to drive through the fleet and cross the line first. In this ground-breaking book, international racer Fred Imhoff shows how to do just that. By means of on-the-water action shots and detailed commentary about a sailor’s tactics, sail trim, helming, crew positioning and psychological attitude, Fred shares the secrets of competitive racing success….this book is full of never-before-discussed gold dust that will be absolutely indispensable to all racers, whatever their age or level.” (Sydetics summary)

Running Man : A Memoir / Charlie Engle.
“After a decade-long addiction to crack cocaine and alcohol, Charlie Engle hit bottom with a near-fatal six-day binge that ended in a hail of bullets. As Engle got sober, he turned to running, which became his lifeline, his pastime, and his salvation. He began with marathons, and when marathons weren’t far enough, he began to take on ultra-marathons, races that went for 35, 50, and sometimes hundreds of miles, traveling to some of the most unforgiving places on earth to race…. In Running Man, Charlie Engle tells the gripping, surprising, funny, emotional, and inspiring story of his life, detailing his setbacks and struggles–from coping with addiction to serving time in prison–and how he blazed a path to freedom by putting one foot in front of the other.” (Book jacket)

Today We Die A Little : the rise and fall of Emil Zátopek, Olympic legend / Richard Askwith.
“No runner has generated myth like Emil Zátopek, the Czechoslovakian soldier who revolutionised distance running after World War II. Zátopek won five Olympic medals, set 18 world records, and went undefeated over 10,000 metres for six years. His triumphs put his country on the map, yet when Soviet tanks moved in to crush Czechoslovakia’s new freedoms in 1968, Zátopek paid a heavy price for his brave stance as a champion of ‘socialism with a human face’. Expelled from the Army, he was condemned to years of degrading manual labour, far from his home and his adored wife. Rehabilitated two decades later, he was a shadow of the man he had been – and the world had all but forgotten him… Today We Die A Little strips away the myths to tell the complex and deeply moving story of the most inspiring Olympic hero of them all.” (Adapted from Syndetics summary)

Declared / Brendon McCullum ; with Greg McGee.
“Brendon McCullum is known as an explosive wicketkeeper, then batsman, who went on to captain the New Zealand cricket team to glory. The holder of many records, ‘Baz’ is known for speaking his mind. He talks about growing up loving sport more than anything, getting better and better at cricket and his uncertain transition to international cricketer. In this explosive autobiography he opens up on the many controversies he has been involved in, including the Chris Cairns affair and the leadership change from Ross Taylor. One of New Zealand’s and the worlds most admired cricketers, he is credited with changing the face of the game internationally.” (Adapted from Syndetics summary)

Forward : A Memoir / Abby Wambach.
“Abby Wambach has always pushed the limits of what is possible. At age seven she was put on the boys’ soccer team. At age thirty-five she would become the highest goal scorer (male or female) in the history of soccer, capturing the nation’s heart with her team’s 2015 World Cup Championship. Called an inspiration and “badass” by President Obama, Abby has become a fierce advocate for women’s rights and equal opportunity, pushing to translate the success of her team to the real world. As she reveals in this searching memoir, Abby’s professional success often masked her inner struggle to reconcile the various parts of herself: ferocious competitor, daughter, leader, wife. With stunning candor, Abby shares her inspiring and often brutal journey from girl in Rochester, New York, to world-class athlete.” (Adapted from Syndetics summary) 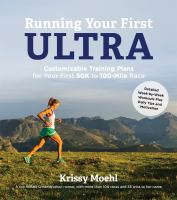 Running Your First Ultra : customizable training plans for your first 50k to 100-mile race / Krissy Moehl ; photography by Fredrik Marmsater.
“Using the tactics that have made her one of the top female ultra-marathon runners – with more than 100 races and 46 female wins – author Krissy Moehl will help new ultra-marathon runners get across the finish line of their first 50-kilometer, 50-mile or 100-mile race. This detailed, yet flexible training plan offers everything a runner needs to successfully complete their first ultra. When Moehl isn’t racing, she serves as a coach for people who want to run ultra-marathons. Her positive, encouraging attitude, deep knowledge and enthusiasm for the sport will make sure that readers train right and have fun doing it.” (Adapted from Syndetics summary) 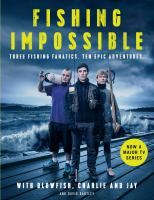 The World of Cycling According to G / Geraint Thomas ; written with Tom Fordyce.
“Sit back or saddle up as double Olympic gold medallist and multiple world champion Geraint Thomas gives you a warts and all insight into the life of a pro cyclist. Along the way he reveals cycling’s clandestine codes and secret stories, tales from the peloton, the key characters like Wiggins, Hoy and Cav, the pivotal races and essential etiquette. Geraint Thomas is treasured for treating his sport just as the rest of us see it: not a job but an escape and an adventure. Geraint reminds us that getting on the bike still puts a smile on your face and fire in the legs like nothing else. Funny, informative, diverting and droll, this is a joyful celebration of the world of cycling.” (Adapted from Syndetics summary)

My Story / Michael Clarke.
“He was the greatest batsman of his generation and, as captain, possessed the sharpest tactical mind in the game. Bursting onto the scene in 2004 with a Test century on debut, Michael Clarke was Australian cricket’s golden boy. And the batting prodigy they nicknamed ‘Pup’ certainly fulfilled his destiny in a stellar 11-year international career of 115 Tests, 8643 runs and 28 centuries. For a decade his personal life, career fortunes and controversies – real or imagined – were splashed across front pages and scrutinised. Was he simply a hard-working, western suburbs kid living every Aussie boy’s dream? Or a 21st century cricketer mired in all the trappings of celebrity? In the echo chamber of social media, the truth about Michael Clarke was warped, then lost. My Story is the real Michael Clarke, standing up and speaking out for the first time.” (Adapted from Syndetics summary)