Cycling, boxing, running, camping, mountain climbing, chess and yachting are subjects included in this month’s recent picks. Also covered are related subjects such as the psychology of winning and how neuroscience is as relevant to sports as the physical side of sports.

Only Two for Everest : how a first ascent by Riddiford and Cotter shaped climbing history / Lyn McKinnon.
“The First New Zealand Himalayan Expedition, in 1951, was initiated by Earle Riddiford, who with Ed Cotter and Pasang Dawa Lama made the first ascent of Mukut Parbat, their target peak in the Garhwal Himalaya. Accompanying them on that expedition, though not to that summit, were two other New Zealand climbers, Edmund Hillary and George Lowe. The New Zealand Alpine Club suggested that acclimatised New Zealanders would be a valuable asset on the forthcoming 1951 British Reconnaissance of Mt Everest, but which two should go to Everest? In this enthralling narrative, journalist Lyn McKinnon tells the stories of Earle Riddiford and Ed Cotter, two extraordinary New Zealanders whose climbing achievements were forever eclipsed by the exploits of others.” (Adapted from cover) 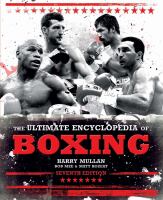 Ultimate Encyclopedia of Boxing / Harry Mullan with Bob Mee & Matt Bozeat.
“The Ultimate Encyclopedia of Boxing is the world’s most comprehensive single-volume illustrated work of boxing reference, covering all aspects of the sport since its rise from the days of illegal big-money challenge matches to the multi-million-dollar televised extravaganza it is today. As well as details of the careers of the world’s greatest boxers, it traces the progress of the world title from champion to champion in all the weight classes, outlines the status of boxing around the world, recalls some of the great stadiums where boxing history was made, and much more.” (Adapted from Syndetics summary) 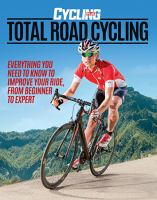 Total Road Cycling.
“Cycling has never been more popular, whether as a pro-level sport on TV, or as a way of commuting on city streets. This book is aimed at those legions of weekend heroes of all levels of fitness and experience who inhabit the world of road riding. The book starts by looking at choosing the right kit, from buying a bike to deciding on the right clothes and accessories. It then looks at how to best to train for the rigors of the open road by getting your bike-specific fitness up to scratch. Road riding also has its own tactics and this volume shows you the strategies that will keep you at the front of the pack. Lastly, a workshop section guides you through essential pre- and post-ride maintenance and upgrades.” (Adapted from Syndetics summary) 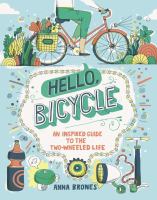 Hello, Bicycle : an inspired guide to the two-wheeled life / Anna Brones ; illustrations by James Gulliver Hancock.
“An inspirational and encouraging illustrated guide to the world of bicycles and cycling, with practical information on bike buying, riding, repairs, and maintenance.” (Amazon.com) 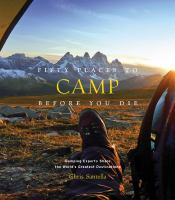 Fifty Places to Camp Before You Die : camping experts share the world’s greatest destinations / Chris Santella ; foreword by Mike Harrelson.
“In Fifty Places to Camp Before You Die, Chris Santella illuminates the best destinations for exploring the great outdoors. The book features the world’s top spots for sleeping under the stars and enjoying a host of outdoor recreational activities that make camping such a time-honored tradition. Featuring favorite US National Parks destinations—as well as more exotic locales in Italy, Chile, France, Botswana, Germany, and more—Santella provides helpful information and tips that will appeal to novice campers and seasoned outdoorsmen alike.” (Amazon.com)

The Boy Who Runs : the odyssey of Julius Achon / John Brant.
“Julius Achon is the director of the Achon Uganda Children’s Fund, a charity whose mission is to improve the quality of life in rural Uganda. He was captured at 12 and turned into a boy soldier; then miraculously found a career as one of the world’s foremost middle-distance runners. How these life jumps happened is told here.” (Syndetics summary)

What it Takes to Become a Grandmaster / Andrew Soltis.
“Becoming a Grandmaster is the ultimate aim for serious chess players, but whatever your abilities, this book will take you to the next level. Written by the ever-popular chess writer Andrew Soltis, this book teaches you how to identify the kinds of moves and techniques that go the extra mile.” (Back cover)

The Athletic Brain : how neuroscience is revolutionising sport and can help you perform better / Amit Katwala.
“The future of sport is being shaped in high-tech labs and run-down gyms. Leading scientists and forward-thinking coaches armed with electrodes and iPad apps are harnessing the brain’s hidden power. A football club in Germany is using computer games to help players make better decisions. In America, a start-up hopes to use brain waves to find baseball’s next star pitcher. Elite sports people excel because sport has changed their brains. But neuroscience and psychology can offer shortcuts that anyone can take advantage of. In The Athletic Brain, Amit Katwala combines cutting-edge science, exclusive interviews, and unique access to pioneering teams and coaches to provide a fascinating insight into how unlocking the secrets of the brain will change sport forever.” (Adapted from Syndetics summary)

How to Win Games and Beat People / Tom Whipple.
“Games are more fun when you win– especially when you crush your friends and family! Whipple explores inside tips, strategy, and advices from experts to teach you how to dominate the competition when playing a wide range of classic games, from Hangman to Trivial Pursuit.” (Book Jacket)

Winning Isn’t Luck : how to succeed in racing dinghies and yachts / Fred Imhoff ; translated by Chris Schram.
“Whether racing dinghies or yachts, every sailor wants to drive through the fleet and cross the line first. In this ground-breaking book, international racer Fred Imhoff shows how to do just that… Fred’s logical, clinical analyses accompanied by fantastic action shots, including many from the 2012 Olympics, will be a godsend to budding and improving racers alike. From advice on mental preparation, honing your gear, working the weather and analysing the course, to briefing your crew, sussing out the other competitors and analysing your mistakes, this book is full of never-before-discussed gold dust that will be absolutely indispensable to all racers, whatever their age or level.” (Syndetics summary)