November on Overdrive sees the clash of literary giants, with the release of Michael Chabon’s recently-published Moonglow as well as Margaret Atwood’s Booker-nominated classic The Handmaid’s Tale. It’s not just the big names, though: several new authors have shaken things up, including New Zealand’s Jonothan Cullinane and his novel Red Herring. Whatever your tastes, it should be an epic month of reading! 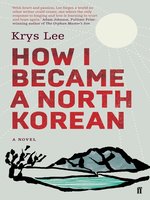 How I Became a North Korean, by Krys Lee
“Yongju is an accomplished student from one of North Korea’s most prominent families. Jangmi, on the other hand, has had to fend for herself since childhood. Danny is a Chinese-American teenager whose parents left China when he was nine; his precocious intelligence has long marked him as an outcast. These three disparate lives converge when each of them travels to the region where China borders North Korea – one of the most threatening environments in the world.” (Adapted from the Overdrive description.) 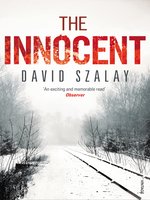 The Innocent, by David Szalay
“It is 1948 and Aleksandr, a major in the MGB (the forerunner of the KGB) is sent to an isolated psychiatric clinic to investigate one of the patients there. The patient is a man long presumed dead – a veteran of the Second World War, who seems unable to remember any of his past. Twenty-four years later, Aleksandr is haunted by the case. With his Stalinist faith under threat, he interrogates his memories and the effect the case had on himself and on those he loved most.” (Adapted from the Overdrive description.) 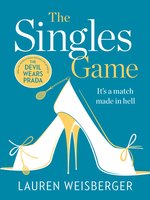 The Singles Game, by Lauren Weisberger
“When Charlotte ‘Charlie’ Silver makes a pact with the infamously brutal tennis coach Todd Feltner, she finds herself catapulted into a world of stylists, private parties and secret dates with Hollywood royalty. Under Todd it’s no more good-girl attitude: he wants warrior princess Charlie all the way. Celebrity mags go wild, but as the warrior princess’s star rises, it comes at a price. Is the real Charlie Silver still inside? From the author of The Devil Wears Prada.” (Adapted from the Overdrive description.) 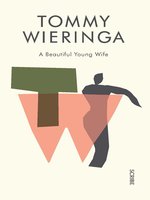 A Beautiful Young Wife, by Tommy Wieringa
“Edward Landauer, a brilliant microbiologist in his forties, meets a beautiful young woman. She is the love of his life, and when the two marry in France, Edward is the happiest man in the world. At first, Ruth Walta appears to represent a victory over time, but even she cannot stop him growing older. After the birth of their long-awaited son, the happiness turns into something new, and Edward no longer recognises his great romance nor the woman who induced it.” (Adapted from the Overdrive description.) 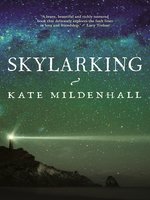 Skylarking, by Kate Mildenhall
“Kate and Harriet are best friends, growing up together on an isolated cape in the 1880s. As daughters of the lighthouse keepers, the girls share everything, until a fisherman, McPhail, arrives in their small community. When Kate witnesses the desire that flares between him and Harriet, she is torn by her feelings of envy and longing. But one moment in McPhail’s hut will change the course of their lives forever.” (Adapted from the Overdrive description.) 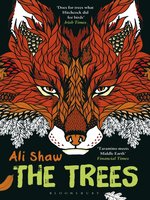 The Trees, by Ali Shaw
“The trees arrive in the night: thundering up through the ground, transforming 44-year-old Adrien Thomas’ home (and perhaps all of Britain) into shadowy forest. Adrien ventures out into this unrecognisable world, meeting green-fingered Hannah and her teenage son Seb. Together, they set out to find Hannah’s forester brother, to reunite Adrien with his wife – and to discover just how deep the forest goes.” (Adapted from the Overdrive description.) 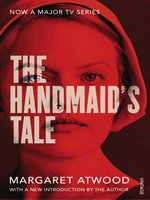 The Handmaid’s Tale, by Margaret Atwood
“Offred is a Handmaid in the Republic of Gilead. She has only one function: to breed. If she deviates, she will, like dissenters, be hanged at the wall or sent out to die slowly of radiation sickness. But even a repressive state cannot obliterate desire – neither Offred’s nor that of the two men on which her future hangs. Shortlisted for the 1986 Man Booker Prize.” (Adapted from the Overdrive description.) 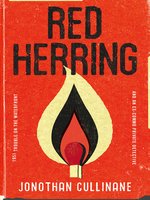 Red Herring, by Jonothan Cullinane
“In Auckland 1951 the workers and the government are heading for bloody confrontation on the waterfront. Into the secret world of rival union politics, dark political agendas and worldwide anti-communist hysteria steps Johnny Molloy, a private detective with secrets of his own. Caitlin Corrigan, a feisty young reporter, is following her own leads. Together they begin to uncover a conspiracy that goes to the heart of the Establishment.” (Adapted from the Overdrive description.) 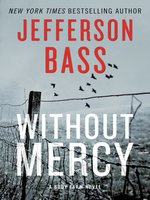 Without Mercy, by Jefferson Bass
“Forensic anthropologist Bill Brockton has spent twenty-five years solving brutal murders – but none so bizarre and merciless as his latest case: a ravaged set of skeletal remains is found chained to a tree on a remote mountainside. But the shocking revelation is only the beginning of Brockton’s trials. Mid-case, the unthinkable happens: the deadliest criminal Brockton has ever foiled—the sadistic serial killer Nick Satterfield—escapes from prison, bent on vengeance.” (Adapted from the Overdrive description.) 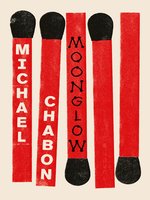 Moonglow, by Michael Chabon
“In 1989, Michael Chabon traveled to his mother’s home to visit his terminally ill grandfather. Memory stirred by the imminence of death, Chabon’s grandfather shared recollections the younger man had never heard before. Moonglow unfolds as a deathbed confession: a tale of madness, of war, of sex and desire and, above all, the destructive impact—and the creative power—of the keeping of secrets and the telling of lies.” (Adapted from the Overdrive description.)