This month we have lots of cool new art books to enjoy, including some great new titles on graffiti and street art. There are also fascinating new books on other modern changes in art, including pop art, and graphic novels and cartoons. 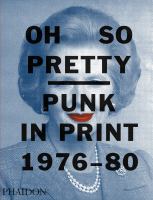 Oh so pretty : punk in print 1976-80 / essay by Rick Poynor ; the Mott Collection.
“A compelling visual portrait of a time, place, and subculture that raised a middle finger to modern society. Oh So Pretty: Punk in Print 1976-80 is an unrivalled collection of visually striking ephemera from Britain’s punk subculture. It presents 500 artefacts – ‘zines,’ gig posters, flyers, and badges – from well-known and obscure musical acts, designers, venues, and related political groups.” (Adapted from Amazon Summary) 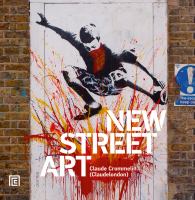 New street art / Claude Crommeliln.
“Crazy and wonderful stencils, paste-ups, paintings and little sculptures that catch our eye and surprising us with their beauty, humour or pithy comment on society. It is however ephemeral, the work can disappear very quickly. Claude has documented thousands of works from across London.” (Adapted from Syndetics Summary) 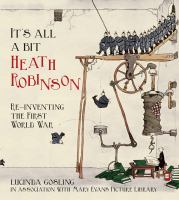 It’s all a bit Heath Robinson : re-inventing the First World War / Lucinda Gosling in association with Mary Evans Picture Library.
“Combining a distinctive draughtsmanship with a curious and ingenious mind, the advent of the First World War inspired Robinson to dream up a series of increasingly outlandish and bizarre military inventions with which the opposing armies would try to outwit each other. From the kaiser’s campaigning car or a suggestion for an armoured bayonet curler, his cartoons are a fantastically absurd take on wartime life.” (Adapted from Syndetics Summary)

Pop art : a colourful history / Alastair Sooke.
“Pop Art is the most important 20th-century art movement. It brought Modernism to the masses, making art sexy and fun with coke cans and comics. Today, in our age of selfies and social networking, we are still living in a world defined by Pop. Full of brand new interviews and research, Sooke describes the great works by Warhol, Lichtenstein and other key figures, but also re-examines the movement for the 21st century and asks if it is still art?” (Adapted from Syndetics Summary) 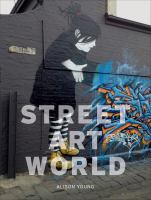 Street art world / Alison Young.
“This strikingly illustrated book explores every aspect of street art, from making and photographing it to stealing and selling it. Artists working in the streets reveal both their passion for street art and ambivalence about its commodification. Based on twenty years of research in the graffiti and street art scenes, Street Art World is the first book to provide a history and context for the words and images that appear in cities all around the world.” (Adapted from Syndetics Summary) 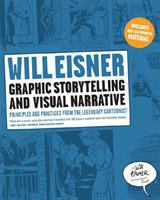 Graphic storytelling and visual narrative : principles and practices from the legendary cartoonist / Will Eisner.
“Learn how to control a story effectively using a broad array of techniques. With examples from Will Eisner’s own catalog and other masters, this book distills the art of graphic storytelling into principles that every comic artist, writer, and filmmaker should know.” (Syndetics Summary)

Brett whiteley : art, life and the other thing / Ashleigh Wilson.
“When he died in 1992 Brett Whiteley left behind decades of ceaseless activity:some works bound to a particular place or time, others that are masterpieces of light and line. Whiteley had arrived in Europe in 1960 determined to make an impression. Before long he was the youngest artist to have work acquired by the Tate. Written with unprecedented behind-the-scenes access, and illustrated with classic Whiteley pieces, rare notebook sketches and candid family photos, this biography reveals the full portrait of a mercurial artist.” (Syndetics Summary)

Bromhead / Peter Bromhead.
“One of New Zealand’s best-known cartoonists, Peter Bromhead has led a colourful life. In his satirical, illustrated memoir, Bromhead, as he is affectionately known, shares his life in words and pictures. Packed with hilarious illustrations recounting his harsh upbringing, romantic missteps, cartooning career and experiences as an older father.” (Syndetics Summary) 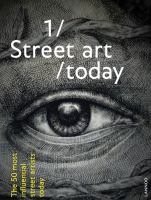 Street art/today : the 50 most influential street artists today / texts, Elise Luong, Bjørn Van Poucke.
“Street art is more than artistically acknowledged graffiti. This book highlights this new art form in all its facets, beyond the cliches. From installation art to socially critical tags to photo realistic mural paintings: street art exists in all forms and sizes. This book maps the genre and investigates new tendencies such as ecological street art, the naive wave & trompe l’oeil.” (Adapted from Syndetics Summary)