“Bloomsbury South” is the appellation given by the authors to the Christchurch of the two decades between 1933 and 1953, a time of unique fusion between artists, writers, musicians, the establishment of a new new literary magazines and a specialist printing press. A true flowering of the arts in the antipodes. Also making waves this month is a new collection of essays entitled Extraordinary Anywhere. Read these lovely books and be a proud Kiwi. 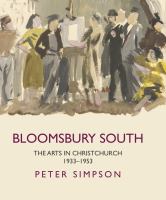 Bloomsbury South : the arts in Christchurch, 1933-1953 / Peter Simpson.
“For two decades in Christchurch, New Zealand, a cast of extraordinary men and women remade the arts. Variously between 1933 and 1953, Christchurch was the home of Angus and Bensemann and McCahon, Curnow and Glover and Baxter, the Group, the Caxton Press and the Little Theatre, Landfall and Tomorrow, Ngaio Marsh and Douglas Lilburn. It was a city in which painters lived with writers, writers promoted musicians, in which the arts and artists from different forms were deeply intertwined.” (Syndetics summary)

Tumult and tears : the story of the Great War through the eyes and lives of its women poets / Vivien Newman.
“During the First World War and its immediate aftermath, hundreds of women wrote thousands of poems on multiple themes and for many different purposes. Women’s poetry was published, sold (sometimes to raise funds for charities as diverse as ‘Beef Tea for Troops’ or ‘The Blue Cross Fund for Warhorses’), read, preserved, awarded prizes and often critically acclaimed. Tumult and Tears will demonstrate how women’s war poetry, like that of their male counterparts, was largely based upon their day-to-day lives and contemporary beliefs.” (Syndetics summary)

The prose factory : literary life in England since 1918 / D. J. Taylor.
“Gossipy journalists, revolutionary poets, political novelists and influential professors: take a tour of twentieth century literary culture. The book DJ Taylor was born to write: award-winning literary biographer (won Whitbread Prize for biography of George Orwell), esteemed journalist and novelist (longlisted for Booker for Derby Day) is the expert on 20th century literary culture: he’s lived and worked through half of it! Insight into our world: shines a light on readers, writers, publishers, booksellers and magazine editors – and holds them up for scrutiny.” (Syndetics summary)

On cats / Charles Bukowski ; edited by Abel Debritto.
“A raw and tenderly funny look at the human-cat relationship, from one of our most treasured and transgressive writers. “The cat is the beautiful devil.” Felines touched a vulnerable spot in Charles Bukowski’s crusty soul. For the writer, there was something majestic and elemental about these inscrutable creatures he admired, sentient beings whose searing gaze could penetrate deep into our being. Bukowski considered cats to be unique forces of nature, elusive emissaries of beauty and love.” (Syndetics summary)

Salt river songs / Sam Hunt.
“Salt River Songs is Sam Hunt’s latest collection of poems, written over the last few years in his house that sits amongst a grove of totara trees on the Arapaoa, one of the five main salt rivers of the Kaipara Harbour. As always, his unflinchingly honest, elegiac and moving poems roam around familiar themes of family, friends and lovers, and the challenges of ageing and mortality. Salt River Songs will also have an introduction from writer and journalist Colin Hogg, an old friend of Sam’s and, appropriately, will be published to mark Sam’s 70th birthday.” (Syndetics summary)

While wandering : words on walking / edited and with an introduction by Duncan Minshull ; foreword by Robert Macfarlane.
“An anthology of literary walks–from Austen, Woolf, and Bronte to Colm Toibin, Bruce Chatwin, and Werner Herzog. This is the ultimate companion for readersnbsp;and walkers looking to take inspiration from poems, novels, plays, and journals. Walking is a fundamental act, often taken for granted, yet through the centuries it has inspired a fascinating literature. This, the first comprehensive anthology on the subject, delves into why we walk and how we walk, the differences between the country hike and the city stroll, walking and wooing, walking into trouble and marching out.” (Syndetics summary) 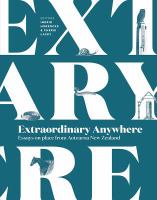 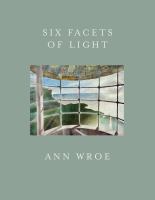 Six facets of light / Ann Wroe.
“Meditiations on the mystery of light. Goethe claimed to know what light was. Galileo and Einstein both confessed they didn’t. On the essential nature of light, and how it operates, the scientific jury is still out. There is still time, therefore, to listen to painters and poets on the subject. They, after all, spend their lives pursuing light and trying to tie it down. Six Facets of Light is a series of meditations on this most elusive and alluring feature of human life.” (Syndetics summary)

And a good one in another part of the library:

Savoir faire : 1000+ foreign words & phrases you should know to sound smart / Laura Lee.
“Add hundreds of foreign phrases to your daily lexicon and learn about their quirky, fascinating origins! Some foreign phrases are so good they become a sort of lingua franca. They capture the true zeitgeist, where the English translation is just comme ci, comme ca. If you’re a linguistics geek or language lover with a curiosity about the origins of the foreign phrases, you need this book on your shelf.” (Syndetics summary)