New Sport & Fitness books cover a range of topics, including equestrian, mountaineering and dance, plus much more. 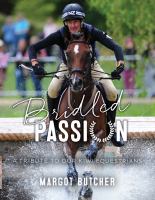 Bridled Passion : a tribute to our Kiwi equestrians / Margot Butcher.
“Bridled Passion is a beautiful compendium dedicated to celebrating the 30-year success story of New Zealand’s best equestrian sportspeople and their fine-tuned steeds in one of the few sports worldwide in which men and women compete as equals. From 1960 Olympics pioneer Andrew White through to the magic medal-winning moments of Sir Mark Todd, Andrew Nicholson, Sally Clark, Blyth Tait, Tinks Pottinger, Vaughn Jefferis and their contemporaries, from our leading show jumpers to emerging stars, this book celebrates New Zealand’s high-performance equestrian story.” (Syndetics summary)

The Naked Mountaineer : misadventures of an Alpine traveler / Steve Sieberson ; foreword by Lou Whittaker.
“The Naked Mountaineer recounts a series of solo journeys to some of the world’s most exotic peaks in places such as Switzerland, Japan, and Borneo. Although Steve Sieberson did reach many summits, in most cases his travels were more memorable for what he encountered along the way than for the actual climbing. On the Matterhorn he met an English alpinist who revelled in naked selfies, he stumbled into a cockfight in a Balinese village, and on a volcano in Italy he was mistaken for a famous singer by an insistent fan. The Naked Mountaineer offers mountain-themed travel stories with a wide-eyed view of the world, while presenting irreverent commentary on climbers and their peculiar sport.” (Syndetics summary)

Hell and High Water : one man’s attempt to swim the length of Britain / Sean Conway.
“In June 2013 Sean Conway set out from Land’s End in his bid to be the first person to swim the length of Britain. It was a challenge so extreme that not only had it never been attempted before, but most of the sponsors Sean approached turned him down as they were worried that he would die trying. The physical challenge was gruelling, but came with unexpected rewards. Sean swam with dolphins and seals and among stunning night-time phosphorescence. He had a unique view of the British coast, discovering tiny hidden coves and exploring shipwrecks. This is a remarkable and funny story about how anything is possible if you truly put your mind to it.” (Adapted from Syndetics summary)

Boy on Ice : the life and death of Derek Boogaard / John Branch.
“Widely regarded as the toughest man in the NHL, Boogaard was a gentle man off the ice but a merciless fighter on it. Branch recounts Boogaard’s unlikely journey from lumbering kid playing pond-hockey on the prairies of Saskatchewan to his days and nights as a star enforcer with the Minnesota Wild and the storied New York Rangers. But, as Branch reveals, behind the scenes Boogaard’s injuries and concussions were mounting and his mental state was deteriorating, culminating in his early death from an overdose of alcohol and painkillers. This is a book that raises deep and disturbing questions about the systemic brutality of contact sports and the damage that reaches far beyond the game.” (Adapted from Syndetics summary)

Out of the Rough / Steve Williams with Michael Donaldson.
“One of the most successful caddies of the modern era, having amassed 150 wins, Kiwi Steve Williams has worked with some of the golfing world’s best, including 13 years on the bag of Tiger Woods. Together, Woods and Williams won more than 80 tournaments – with 13 major championships among them. In this candid reflection on his years caddying for Tiger Woods, Greg Norman, Raymond Floyd, Terry Gale, Ian Baker-Finch and Adam Scott, Williams shares the highs and lows of their careers, explains the critical role of a caddy and offers a rare insider’s view of the professional golfing world.” (Syndetics summary)

How to Fly Fish : from newcomer to improver / John Symonds.
“In this clear and attractive book are all the essential skills you need to be a competent all-round fly fisher. With John Symonds you will learn how to fish for trout and salmon in still waters from both bank and boat; in rivers; dry fly and wet fly. You will know how to tie reliable and easy knots, to construct the right leaders, learn where the fish are most likely to lie, how to cast to them and which flies to use. How to Fly Fish will bring you up-to-date with all the latest on leader construction and knots, boat control with the paradrogue, traditional nymphing methods to the popular tenkara style. Packed with useful tips and clear diagrams.” (Syndetics summary) 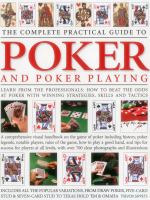 The Complete Practical Guide to Poker and Poker Playing / Trevor Sippets.
“Poker is a game of skill, bluff, deception and sometimes a little luck. This book details the house rules, sequence of play, betting terms, structure and showdown, as well as card reading, body language and the art of bluffing. For more advanced players, the betting structures are outlined, as are the subtle differences between cash games versus tournaments. This comprehensive, practical book is suitable for beginners and advanced players alike, and will teach all the tips, tricks and tactics that make poker one of the world’s most thrilling games.” (Syndetics summary)

Men in Green / Michael Bamberger.
“Was golf better (to use one of Tiger’s favorite phrases) back in the day? In [this book], Michael Bamberger, who fell for the game as a teenager in its wild Sansabelt-and-persimmon 1970s heyday, goes on a quest to try to find out. The result is a candid, nostalgic, intimate portrait of golf’s greatest generation–then and now.” (Syndetics summary) 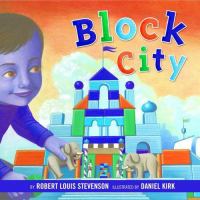 Block City / Robert Louis Stevenson ; illustrated by Daniel Kirk.
“What are you able to build with your blocks? Renowned illustrator Daniel Kirk has joined his “blocks” — in this case, bright colors, bold shapes, and retro style — with Robert Louis Stevenson’s classic poem to construct a nostalgic yet exuberant celebration of fun and imagination. It is a joyous look at playtime that will encourage toddlers to build dreams all their own!” (Syndetics summary)

Finding Ultra : rejecting middle age, becoming one of the world’s fittest men, and discovering myself / Rich Roll.
“On the eve of his 40th birthday, Rich Roll was in bad shape. His days were filled with work, stress, and junk food, and his nights were spent on the couch, remote in hand. At 50 pounds overweight, a walk up the stairs left him winded. He decided it was time to make a change. After undergoing a diet detox, adopting a vegan lifestyle, and pushing his fitness regimen to undreamed-of heights, he was profiled by Men’s Fitness as one of the world’s 25 fittest men. This is the story of that remarkable transformation, a complete physical and spiritual rejuvenation that proves that anyone can “find ultra” if they know how.” (Adapted from Syndetics summary) 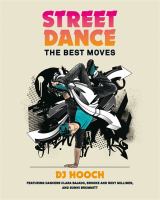 Street Dance : The Best Moves / D. J. Hooch.
“Street Dance: the Best Moves is the perfect introduction to major street dance styles with easy-to-follow step-by-step photography. As well as learning the various types of street dance, including B-boy, Popping, Locking, Hip Hop and House – and the basic moves of each of these – you’ll get tips on the best tracks to dance to, what clothes to wear to look the part, and be given expert advice from top dancers across the globe. . Throughout the book there are also embedded videos, showing the step-by-steps put into practice so you can check you’re doing it right!” (Syndetics summary)

Blindsided / Michael Lynagh with Mark Eglinton.
“On an April day like any other in 2012 Michael Lynagh – retired rugby great – set for a successful career in commercial property and rugby analysis was suddenly forced to re evaluate everything. While with friends in Brisbane having a relaxed beer or two, a seemingly fit and healthy Lynagh suffered a stroke and was admitted to the Royal Brisbane Hospital. He was just forty-eight years old and a father of three young boys. For three days, as his brain swelled to the point of catastrophe, his life hung in the balance. What followed is an inspiring story of recovery, rehabilitation and remembering. Blindsided is a life-affirming memoir about luck, family, mates and rugby; and a timely reminder of how you play the game of life, as much as rugby, matters.” (Adapted from Syndetics summary)