A fun selection of new sports materials, with subjects as varied as ballet, boxing, and Bullrush, a popular game among NZ children.

The Ballet Lover’s Companion / Zoe Anderson.
“This engaging book is a welcome guide to the most successful and loved ballets seen on the stage today. Dance writer and critic Zoe Anderson focuses on 140 ballets, a core international repertory that encompasses works from the ethereal world of romantic ballet to the edgy, muscular works of modern choreographers….Reliable, accessible, and fully up to date, this book will delight anyone who attends the ballet, participates in ballet, or simply loves ballet and wants to know much more about it.” (Syndetics summary)

No Middle Ground : Eubank, Benn, Watson and the last golden era of British boxing / Sanjeev Shetty.
“2014 will mark the 25th anniversary of Nigel Benn and Michael Watson stepping into a purpose built tent in Finsbury Park to contest the WBO Middleweight Championship, marking the start of an epic saga in British Boxing….Between 1989 and 1993, Chris Eubank, Nigel Benn and Michael Watson fought each other repeatedly for the World Middle-weight championship belt. No Middle Ground is the story of the greatest, and last, rivalry between three of the most talented fighters Britain has ever produced. Sanjeev Shetty takes us back to when these three boxers graced the heavy bags and tells their story as well as that of Britain’s love affair with the sport.” (Syndetics summary) 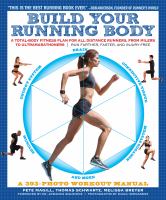 Build Your Running Body  / Pete Magill, Thomas Schwartz, and Melissa Breyer ; photographs by Diana Hernandez.
“Whether you’re a miler or an ultramarathoner, if you want a fit, fast, and injury-resistant running body, there’s a better way to train than relentlessly pursuing mileage. This easy-to-use workout manual draws on the latest research in running physiology to target all the components that go into every stride….With the breakthrough whole-body training program in Build Your Running Body, runners will improve their times, run longer and more comfortably, and reduce injury.” (Adapted from Syndetics summary)

Long Shots : the greatest underdog stories in New Zealand sport / Bronwyn Sell & Christine Sheehy.
“This book celebrates some of the most inspiring against-the-odds stories in New Zealand sport…the tales within are a tribute to determination, self-belief and bloody mindedness…Tour de France pioneer Harry Watson, Invercargill speed demon Burt Munro, Waiuku whitebaiting wonder Stephen Donald, tenacious runner Anne Audain, legendary tail-end batsman Ewen Chatfield. The dozens of sportspeople (and one horse) in this book come from across the codes but they have one thing, at least, in common. The odds may have been daunting, the critics scathing, the challenges formidable, but they never gave up.” (Syndetics summary) 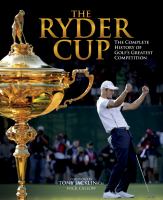 The Ryder Cup : the complete history of golf’s greatest competition / Nick Callow ; foreword by Tony Jacklin.
“Every two years, the Ryder Cup pits teams from Europe and the US against each other in a sport usually associated with individual play. But with national pride at stake, the best players from both sides of the Atlantic fight for a place on their respective teams. This beautifully illustrated book tells the story of golf’s most unique tournament, from its humble beginnings in 1927 to the titanic struggles of the modern day. The Ryder Cup is the definitive history of this prestigious international sporting event.” (Syndetics summary)

Sky Sports Football Yearbook 2014-2015 / compiled by John Anderson.
“1056 fact-filled pages with everything you need to know about domestic and international football. This 45th edition of the football bible brings you all the Premier League, Football League, Champions League and Europa League stats. It never fails to deliver with unrivalled stats and information including a comprehensive season-by-season players’ directory with an invaluable A-Z of all entries; the most informed stats for English and Scottish league and cup matches and English and Scottish important dates at home and abroad for the 2014-2015 season. As ever, this is the ‘first reference book you should turn to’.” (Syndetics summary) 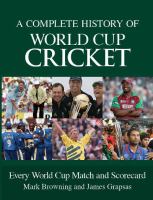 A Complete History of World Cup Cricket / Mark Browning and James Grapsas.
“A Complete History of Cricket’s World Cup is a timely addition to the great body of cricket publications. The book holds information on every World Cup competition since 1975 and traces the history and development of the World Cup. Every game is covered; but it is a story that goes beyond the mere statistics of matches.” (Syndetics summary)

Kiteboarding : Where It’s At … / Alex Hapgood.
“Over the past fifteen years, the extreme sport of kiteboarding has developed from an unlikely concept into a worldwide phenomenon. Kiteboarding: Where It’s At tracks these changes and looks at the various tangents that the sport has taken. With stunning photography, each part reviews one of the four main disciplines within the sport: Freestyle, Waveriding, Wakestyle and Course Racing. Within each part is a background to the discipline, the kit, profiles of prime locations, key events and some of the riders and brands who have come to define the sport….this book is full of great images of a strikingly visual and technically challenging sport.’ John Bilderback'” (Syndetics summary) 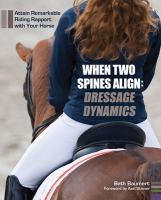 When Two Spines Align : Dressage Dynamics : attain remarkable riding rapport with your horse / Beth Baumert ; foreword by Axel Steiner.
“Within riding exists a fundamental conflict of interest: The rider needs to have control–her confidence depends on her ability to control the balance of her own body as well as that of her very powerful horse. The horse, by nature, needs to feel free–free in both mind and body to express himself through movement. In When Two Spines Align, author Beth Baumert, resolves the freedom-control enigma by taking a close look at the individual components that make up riding and dressage and providing practical ways riders can learn to harness the balance, energies, and forces at play.” (Adapted from Syndetics summary)