However you prefer to travel there is a new book here to satisfy. From tramping in Maine, cycling in London, strutting through Paris, gliding with albatrosses, or rowing across the Indian Ocean, this month is a reminder that traveling is a diverse and complicated act, beckoning us to imagine and challenge the possibilities of our next escape.

Deep South : four seasons on back roads / Paul Theroux ; photographs by Steve McCurry.
“For the past fifty years, Paul Theroux has travelled to the far corners of the earth – to China, India, Africa, the Pacific Islands, South America, Russia, and elsewhere – and brought them to life in his cool, exacting prose. In Deep South he turns his gaze to a region much closer to his home. Travelling through North and South Carolina, Georgia, Tennessee, Mississippi, Alabama and Arkansas, Paul Theroux writes of the stunning landscapes he discovers – the deserts, the mountains, the Mississippi – and above all, the lives of the people he meets.” (Syndetics summary)

London on two wheels : 25 handpicked rides to make the most of the city / project editor: Victoria Marshallsay.
“This charming yet practical pocket guide to cycling in London will treat you to 25 leisure routes across the city, allowing you to get the most out of London and the TFL ‘Bike for Hire’ scheme […] With a range of rides taking cyclists through London’s parks, along the River Thames and through much-loved cultural highlights, this book is packed with suggestions to discover the hidden gems of the city from the comfort of your bike.” (Syndetics summary)

The Silk Roads : a new history of the world / Peter Frankopan.
“The sun is setting on the Western world. Slowly but surely, the direction in which the world spins has reversed: where for the last five centuries the globe turned westwards on its axis, it now turns to the east. For centuries, fame and fortune was to be found in the west – in the New World of the Americas. […] As a new era emerges, the patterns of exchange are mirroring those that have criss-crossed Asia for millennia. The Silk Roads are rising again.” (Syndetics summary) 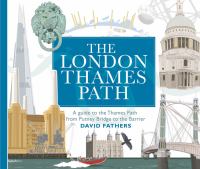 Rowing after the white whale : a crossing of the Indian Ocean by hand / James Adair.
“Over a boozy Sunday lunch, flatmates James Adair and Ben Stenning made a promise to row across the ocean. At first they considered the Pacific, then the Atlantic, but once James Cracknell and Ben Fogle completed the high-profile Atlantic Rowing Race, their thoughts turned to the Indian Ocean, longer and tougher than the Atlantic and having seen fewer people row across its waters than have walked on the Moon. […] This was a challenge that neither man should have ever considered.” (Syndetics summary)

Paris in style : a guide to the city’s fashion, style and design destinations / written and photographed by Janelle McCulloch.
“Janelle McCulloch thought she knew most of the best places in which to stay, wander and explore. But the more time she spent in Paris, the more she realised how much there was still to discover. Paris in Style reveals this city’s most surprising and fascinating fashion, design and style destinations. It is the ultimate insider’s guide for travellers seeking style, creative inspiration and unforgettable experiences.” (Syndetics summary)

The shark and the albatross : travels with a camera to the ends of the earth / John Aitchison.
“For twenty years John Aitchison has been travelling the world to film wildlife for the BBC and other broadcasters, taking him to far-away places on every continent. The Shark and the Albatross is the story of these journeys of discovery, of his encounters with animals and occasional enterprising individuals in remote and sometimes dangerous places. He reveals what happens behind the scenes and beyond the camera.” (Syndetics summary)

Gap year girl : a baby boomer adventure across 21 countries / Marianne C. Bohr.
“In the 1960s and ’70s, thousands of baby boomers strapped packs to their backs and flocked to Europe, wandering the continent on missions of self-discovery. Many of these boomers still dream of “going back” – of once again cutting themselves free and revisiting the places they encountered in their youth, recapturing what was, and creating fresh memories along the way. Marianne Bohr and her husband, Joe, did just that. Touching on universal themes of escape, adventure, freedom, discovery, and life reimagined, Gap Year Girl is an exciting account of a couple’s experiences on an unconventional, past the-blush-of-youth journey.” (Syndetics summary)