Our latest selection of #LGBT additions to our Overdrive eBooks include Clare Logan’s prize-winning short stories, a Stonewall memoir, a trans FtM collection of stories alongside genre gay and lesbian fiction. In this group, we’re particularly excited to see Lillian Faderman’s latest work of lesbian and gay history available so soon in eBook form. 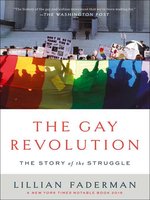 The Gay Revolution, Lillian Faderman (eBook)
“The sweeping story of the modern struggle for gay, lesbian, and trans rights—from the 1950s to the present—based on amazing interviews with politicians, military figures, legal activists, and members of the entire LGBT community who face these challenges every day. The Gay Revolution begins in the 1950s, when law classified gays and lesbians as criminals, the psychiatric profession saw them as mentally ill, the churches saw them as sinners, and society victimized them with irrational hatred. Against this dark backdrop, a few brave people began to fight back, paving the way for the revolutionary changes of the 1960s and beyond. Faderman discusses the protests in the 1960s; the counter reaction of the 1970s and early eighties; the decimated but united community during the AIDS epidemic; and the current hurdles for the right to marriage equality.” (Overdrive description) 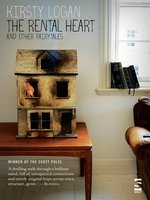 The Rental Heart and Other Fairytales, Kirsty Logan (eBook)
Winner of the Polari First Book Prize 2015 and the Scott Prize for Short Stories “Twenty tales of lust and loss. These stories feature clockwork hearts, lascivious queens, paper men, island circuses, and a flooded world. On the island of Skye, an antlered girl and a tiger-tailed boy resolve never to be friends – but can they resist their unique connection? In an alternative 19th-century Paris, a love triangle emerges between a man, a woman, and a coin-operated boy. A teenager deals with his sister’s death by escaping from their tiny Scottish island – but will she let him leave? In 1920s New Orleans, a young girl comes of age in her mother’s brothel. Some of these stories are radical retellings of classic tales, some are modern-day fables, but all explore substitutions for love. ” (Overdrive description) 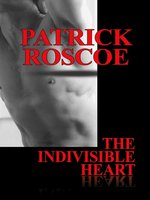 The Indivisible Heart, (eBook)
“The discovery of a grotesquely mutilated body of a young man in Seville, Spain, sets off an investigation into an apparently psycho-sexual murder that has disturbing personal implications for chief detective Manuel Arroyo and Olivier Joaquin Ortega, the forensic pathologist handling the case. Interwoven with the official search to understand this mysterious death is the murder victim’s haunting narration of the final days in his life, stalked by a psychopath through the squares, bars, and cafes of the city. What drives his pursuer to murder? ” (Overdrive description) 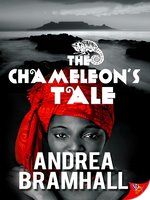 The Chameleon’s Tale, Andrea Bramhall (eBook)
Latest from the Lambda Winner “Childhood friends Imogen and Amahle couldn’t come from more different backgrounds. One privileged and the other little more than a slave, yet they thought nothing could tear their friendship apart. But a changing political landscape and an uncertain future cast Imogen into a lonely world away from everything and everyone she knows, and by the time she returns to Africa, everything has changed. Betrayal, deceit, and anger are the currency of the day, and it is a far cry from the life Imogen wants to lead.When Amahle’s family is caught up in the middle of a bitter legal battle, she fights for what she believes is right. But what happens when those you believe in let you down? ” (Overdrive description) 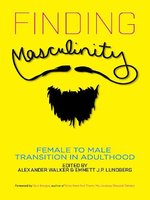 Finding Masculinity, (eBook)
“Finding Masculinity is a collection of stories from a small cross section of the transgender male community that shares insight into the diversity of life experiences of transgender men, beyond the traditional narrative. This anthology examines the many facets of life that transition impacts; transitioning on the job, emotional and spiritual growth, family, navigating the medical community, as well as romantic relationships. The stories within come from scientists, teachers, fathers, veterans, and artists who share how being visible as the masculine humans they identify as has developed, changed, and evolved their sense of masculinity. ” (Overdrive description) 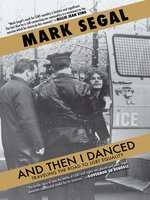 And Then I Danced, Mark Segal (eBook)
“”[A] swiftly written debut memoir…[Segal] vividly describes his firsthand experience as a teenager inside the Stonewall bar during the historic riots, his participation with the Gay Liberation Front, and amusing encounters with Elton John and Patti LaBelle….A jovial yet passionately delivered self-portrait inspiring awareness about LGBT history from one of the movement’s true pioneers.”—Kirkus Reviews” (Overdrive description) 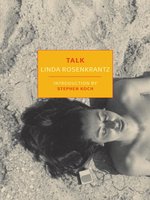 Talk, Linda Rosenkrantz and Stephen Koch (eBook)
“Talk is a hilariously irreverent and racy testament to dialogue: the gossip, questioning, analysis, arguments, and revelations that make up our closest friendships. It’s the summer of 1965 and Emily, Vincent, and Marsha are at the beach. All three are ambitious and artistic; all are hovering around thirty; and all are deeply and mercilessly invested in analyzing themselves and everyone around them. Controversial upon its first publication in 1968, Talk remains fresh, lascivious, and laugh-out-loud funny nearly fifty years later.” (Overdrive description) 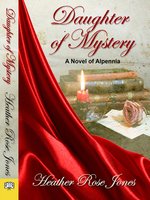 Daughter of Mystery, Heather Rose Jones (eBook)
“Margerit Sovitre did not expect to inherit Baron Saveze’s fortunes—even less his bodyguard, a ruthlessly efficient swordswoman known only as Barbara. Wealth suddenly makes Margerit a highly eligible heiress and buys her the enmity of the new Baron. He had expected to inherit all, and now eyes her fortune with open envy. Barbara proudly served as the old Baron’s duelist but she had expected his death to make her a free woman. Bitterness turns to determination when she finds herself the only force that stands between Margerit and the new Baron’s greed.” (Overdrive description) 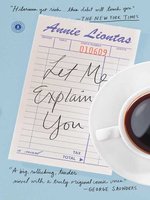 Let Me Explain You, Annie Liontas (eBook)
“A powerful debut novel about a Greek American family and its enigmatic patriarch from a riveting new voice in contemporary literature.
Stavros Stavros Mavrakis, Greek immigrant and proud owner of the Gala Diner, believes he has just ten days to live. As he prepares for his final hours, he sends a scathing email to his ex-wife and three grown daughters, outlining his wishes for how they each might better live their lives. With varying degrees of laughter and scorn, his family and friends dismiss his behavior as nothing more than a plea for attention, but when Stavros disappears, those closest to him are forced to confront the possibility of his death.” (Overdrive description)
Interview with the author
Also of note:
London Calling, Clare Lydon
The Found Child: A Tale of Unauthorised Parenthood, Lucy Jane Bledsloe
New York Nights, Sawyer Caine