This October marks the 40th anniversary of the 1975 Māori Land March – when Dame Whina Cooper lead marchers to Parliament to protest the loss of Māori lands. “Not One More Acre of Māori Land” became the catch-cry of the marchers, who left Te Hāpua in the far north on 14 September as a group numbering no more than 50, and eventually reached Wellington on 13 October as a powerful hikoi numbering at over 5000.

Iconic photographer Ans Westra captured this event and on Tuesday 6 October Wellington Central Library will be hosting a talk with this renowned and well-loved photographer, who will describe her experience of attending and photographing the historic march. From Thursday 1st October there will also be an exhibition of contact sheet prints of Ans Westra’s photographs of the arrival of the march in Wellington on 13 October 1975.

Washday at the pa / photographs by Ans Westra ; with text by Mark Amery.
“Washday at the pa, by New Zealand premier photographers Ans Westra, was first published as a photo-story booklet in 1964 by the Department of Education for use in Primary Schools, but all 38,000 copies were withdrawn following a campaign by the Maori Women’s Welfare League that it would have a ‘detrimental effect’ on Maori people – and that the living conditions portrayed within the book were atypical. A second edition of the booklet was published the same years with some images omitted. This edition is a selection of these two editions together with photographs of the washday family taken in 1988, and includes essays by arts critic, journalist and broadcaster Mark Amery detailing the controversy and background of Washday at the pa.” (Syndetics summary) 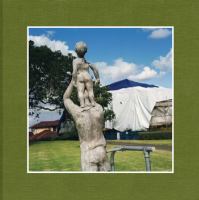 Nga tau ki muri = Our future / Ans Westra.
“This timely and visionary new book includes 137 Westra photographs of the New Zealand landscape, with text contributions from Hone Tuwhare, Russel Norman, Brian Turner, David Eggleton and David Lange, who wrote a short piece for Ans as part of an unrealised book project in 1987. Well known for her iconic black and white documentation of Maori culture, Ans Westra is also known for her colour works, which show concern for New Zealand’s destiny, “an island exploited by various waves of settlement”. Shot with Ans’ trusty Rolleiflex camera, the sometimes damning images in Our Future have been made over the last 20 years. “The purpose of the book is to give a directive to the country, an awareness of things changed and lost within its short history. If we don’t plan for the long term and keep taking stop-gap measures, we leave very little behind. Instead of becoming like the rest of the world, this beautiful place should become a shining example of hope for survival in a newly balanced environment.” –Ans Westra.” (Syndetics summary)

Whina [videorecording] : mother of the nation.
“The autobiography of Maori land activist Dame Whina Cooper filmed two years before she died. Born in an earth-floor whare she became a teacher, gum digger, rugby coach, midwife, a tribal leader, president of Maori Women’s Welfare League and controversial leader of the Maori Land March. Who organized her first public protest at the age of 18.” (Library catalogue) 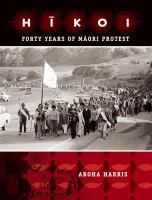 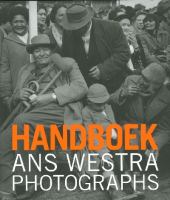