This month’s picks feature pattern, colour and detail, starting with two books on geometry and pattern with content derived from the Print & Pattern blog. We also take a glimpse into the details that make Swedish homes and interiors so unique, as well as taking a trip down the long driveways of modernist Kiwi homes. Enjoy!

Print & pattern kids / Bowie Style.
“Print & Pattern: Kids celebrates beautiful surface design created with little people in mind. This book documents the work of the best designers in the field, featuring both successful commercial designs and previously unseen work. Children’s design is an exciting marketplace, full of cute and colorful patterns, wallpaper, fabrics, clothing, ceramics, greetings cards, and in fact just about anything aimed at kids (much of which will also appeal to adults!)Includes work from Ecojot, Marc Boutavant, Ed Emberley, Paapii, and Dan Stiles, among other top international designers.” (Syndetics summary) 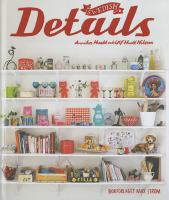 Swedish details / Annika Huett och Ulf Huett Nilsson.
“A home isnt merely the rooms and its furniture its also a number of larger or smaller details. Annika Huett and Ulf Huett Nilsson went on a journey from the north to the south of Sweden, finding an inspiring myriad of all the personal details that make a home really feel like home. They dont just wish to shine a light on the smaller things, but also explore what it is that gives a home the right feeling.” (Syndetics summary)

Ladybird by design / Lawrence Zeegen.
“Ladybird By Design is a fascinating look at the social and design history of the well-known publisher Ladybird Books, released to celebrate 100 years since the familiar ladybird was first registered as a logo in 1915. Ladybird by Design charts the rise of the company that was initially known as Wills & Hepworth, from its origin as a small Loughborough printer to its growth into a global publisher beloved by millions of children, teachers and parents. In addition to a range of classic covers and images from books, Ladybird By Design also contains a selection of rare photographs and artwork.” (Adapted from Syndetics summary) 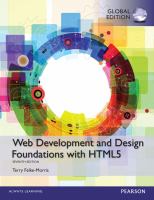 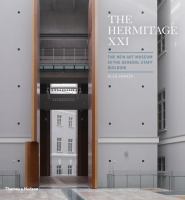 The Hermitage XXI : the new art museum in the general staff building / Oleg Yawein ; [et al.].
“Founded in 1764 by Catherine the Great, the State Hermitage Museum is one of the world’s great museums. The decision to convert the eastern wing of the General Staff Building into a museum of nineteenth- and twentieth-century art to commemorate the 250th anniversary of the institution’s founding led to an international architectural competition. St. Petersburg-based Studio 44 won the commission over a field of globally renowned firms. The scale and dramatic outcome of the new building–the most important new cultural museum in Russia for a generation–is captured in this extensively illustrated publication that will inspire architects, museum visitors, curators, and anyone interested in the next chapter of Russia’s rich cultural heritage.” (Syndetics summary)

Down the long driveway, you’ll see it / Mary Gaudin, Matthew Arnold.
“This is a book of pictures of modernist New Zealand homes. These houses aren’t new, they’re old and lived in. They can be a little dusty, slightly worn around the edges and all have what antique dealers like to call “patina”. But they’re perfect in the minds of the people who live in them because of what they represent, which when designed, was a better way of living.” (Fishpond.co.nz) Ian Schrager : works.
“Long awaited, this volume spans almost forty years of contemporary high design as masterminded by Ian Schrager. Known for being the originator of the mythical Studio 54, as well as a creator of the boutique hotel, Ian Schrager has done much more than create, design, and manage hotels, restaurants, clubs, residential buildings, and various real estate developments throughout the world–he has challenged and redefined the idea of luxury and glamour. These spaces are renowned destinations for evening social spaces and fabulous, memorable parties as well as restful, urban oases. This volume will have an enduring impact on entrepreneurs, interior designers, industrial designers, and cultural communities alike.” (Syndetics summary)