Here is a selection of just some of the great new fiction and non-fiction eAudiobooks available to all library users through Overdrive, part of our eLibrary service. In addition to the ones recommended below there are several more new eAudiobooks from Jo Nesbo and Bernard Cornwell, plus other great bestselling authors like Lee Child, James Patterson and Bill Bryson.

The Leopard, by Jo Nesbo (Audiobook)
“In the depths of winter, a killer stalks the city streets. His victims are two young women, both found with twenty-four inexplicable puncture wounds, both drowned in their own blood. The crime scenes offer no clues, the media is reaching fever pitch, and the police are running out of options. There is only one man who can help them, and he doesn’t want to be found. Inspector Harry Hole has lost himself in the squalor of Hong Kong’s opium dens. But with his father seriously ill in hospital, Harry reluctantly agrees to return to Oslo. A heart-stopping thriller from the bestselling author of the The Snowman, The Leopard is an international phenomenon that will grip you until the final page.” (Adapted from Overdrive description) 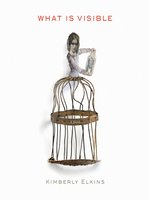 What is Visible, by Kimberly Elkins (Audiobook)
“A vividly original literary novel based on the astounding true-life story of Laura Bridgman, the first deaf and blind person who learned language and blazed a trail for Helen Keller.  Not since The Diving Bell and the Butterfly has a book proven so profoundly moving in illuminating the challenges of living in a completely unique inner world. What Is Visible chronicles the breath taking experiment that Laura embodied and its links to the great social, philosophical, theological, and educational changes rocking Victorian America. (Adapted from Overdrive description) 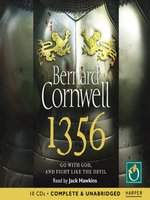 1356, by Bernard Cornwell (Audiobook)
“The Hundred Years War rages on and the bloodiest battles are yet to be fought. The English army, led by the Black Prince, is invading again and the French are hunting them down. Thomas of Hookton, an English archer known as Le Bâtard, is under orders to seek out the lost sword of St Peter, a weapon said to grant certain victory to whoever possesses her. As the outnumbered English army becomes trapped, Thomas, his men and his sworn enemies meet in a confrontation that ignites one of the greatest battles of all time.” (Adapted from Overdrive description) 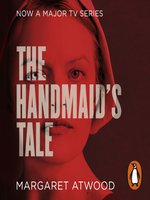 The Handmaid’s Tale, by Margaret Atwood (Audiobook)
“The Republic of Gilead offers Offred only one function: to breed . If she deviates, she will, like dissenters, be hanged at the wall or sent out to die slowly of radiation sickness. But even a repressive state cannot obliterate desire – neither Offred’s nor that of the two men on which her future hangs. . . . .” (Overdrive description) 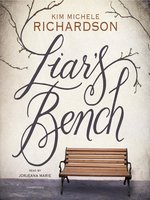 Liar’s Bench, by Kim Michele Richardson (Audiobook)
“Liar’s Bench is an atmospheric, compulsively readable tale full of heart and history, set in 1970s Kentucky and exploring civil rights and family secrets. In 1972 on Mudas Summers’ seventeenth birthday, her beloved mama, Ella, is found hanging from the rafters of their home. Muddy is determined to find out the truth but Peckinpaw keeps its secrets buried deep. Kim Michele Richardson’s lush, beautifully written debut is set against a southern backdrop passing uneasily from bigotry and brutality to hope.” (Adapted from Overdrive description) 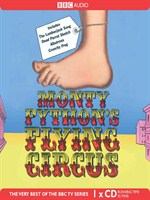 Monty Python’s Flying Circus, by John Cleese (Audiobook)
“Perhaps the ultimate in TV comedy madness and absurdity, this cult series, which began in 1969, was conceived, written and performed by Graham Chapman, Eric Idle, Michael Palin, Terry Gilliam and Terry Jones. It was innovative and ground-breaking comedy which inspired many of today’s writers and performers. Its sketches, songs and catchphrases are legendary: the dead parrot, the Ministry of Silly Walks, The Lumberjack Song, And Now for Something Completely Different and many more. This contains the full programme.” (Overdrive description) 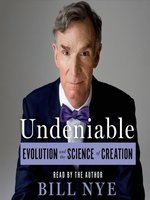 Undeniable, by Bill Nye (Audiobook)
Sparked by a controversial debate in February 2014, Bill Nye has set off on an energetic campaign to spread awareness of evolution and the powerful way it shapes our lives. In Undeniable: Evolution and the Science of Creation, he explains why race does not really exist; evaluates the true promise and peril of genetically modified food; reveals how new species are born; takes a stroll through 4. 5 billion years of time; and explores the new search for alien life. With infectious enthusiasm, Bill Nye shows that evolution is much more than a rebuttal to creationism; it is an essential way to understand how nature works—and to change the world.” (Adapted from Overdrive description) 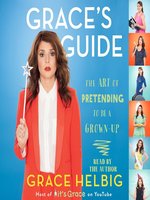 Grace’s Guide, by Grace Helbig (Audiobook)
“”One of the sharpest, funniest voices on YouTube” (Forbes), comedian Grace Helbig narrates this irreverent and illustrated guide to life for anyone faced with the challenge of growing up. Face it—being a young adult in the digital era is one of the hardest things to be.  Grace’s Guide is a tongue-in-cheek handbook for millennials, encompassing everything a young or new (or regular or old) adult needs to know. Read by the author in her inimitable style, Grace’s Guide features interactive elements and exclusive stories from Grace’s own misadventures and many other hilarious lessons she learned the hard way.” (Adapted from Overdrive description) 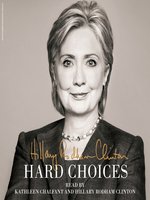 Hard Choices, by Hillary Rodham Clinton (Audiobook)
“All of us face hard choices in our lives,” Hillary Rodham Clinton writes at the start of this personal chronicle of years at the center of world events. “Life is about making such choices. Our choices and how we handle them shape the people we become.” In the aftermath of her 2008 presidential run, she expected to return to representing New York in the United States Senate. Instead newly elected President Barack Obama asked her to serve in his administration as Secretary of State. This memoir is the story of the four extraordinary and historic years that followed, and the hard choices that she and her colleagues confronted. (Adapted from Overdrive description)