From monographs to anthologies, from contemporary photographers to historical shows, this month has a wide choice of fine art and documentary photography, concluding with a fantastic little book for the time-poor from the 30-second collection.

Our first featured book this month reached our shelves almost on the day of  its author’s highly anticipated film premiere at the Berlin film festival. Sam Taylor-Johnson is indeed the director of the film adaptation of Fifty Shades of Grey.

Second floor : the private apartment of Mademoiselle Chanel : 31 rue Cambon
“When Sam Taylor-Johnson climbed the famous mirrored staircase of Chanel’s headquarters at 31 rue Cambon, Paris, she did not quite know what to expect. Her destination was Coco Chanel’s private apartment on the second floor; her mission, to photograph it. Through the door marked “MADEMOISELLE PRIVÉ,” Taylor-Johnson entered Coco Chanel’s secret world-exactly as she had left it at her death in 1971. Taylor-Johnson captures the mysterious, eerie presence of Coco’s ornaments and furniture: a golden lion, a bejewelled birdcage, leather-bound books, Chinese lacquer screens, crystal chandeliers. Ultimately we are left with a sense of beautiful emptiness-Coco’s touch is everywhere, but everywhere is haunted by her absence.” (From amazon.com) 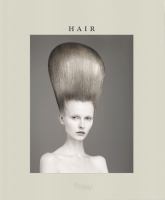 Hair
Influential and inspirational to professional hairstylists and kids on the streets alike, this is Guido’s visionary view of hair in the new millennium. “As the constantly-called-upon pro for designers like Calvin Klein, Alexander Wang, and Marc Jacobs, Guido is known for setting trends with a flick of his brush.” —The New York Times T Magazine. Revered by his peers and followers as the leader of hair design, Guido is an artist in his own right. On the runway, his hair creations generate such buzz that his styles often turn into that season’s look. His avant-garde creations have led him to work with the world’s most important designers, photographers, magazines, and brands, and his styles have turned into fashion focal points equal to that of the designer dress being worn. With seventy unique looks created especially for the book, Hair is a captivating visual tour of inspired creative styling and a testament that beauty lies in the details…this monograph is a hair bible that will be coveted by the fashionable and stylish.” (From amazon.com)

You can watch an interview of Guido Paulo talk about his new book here. 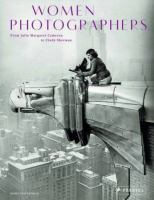 Women photographers : from Julia Margaret Cameron to Cindy Sherman
“This thorough and accessible introduction to the greatest women photographers from the 19th century to today features the most important works of 55 artists, along with in-depth biographical and critical assessments. Since the inception of photography as an art form nearly 200 years ago, women have played an important role in the development of the genre, often pushing boundaries and defying social convention. Each artist is profiled in spreads featuring splendid reproductions of key works and an in-depth overview of her career and contributions to the art of photography.” (Syndetics) 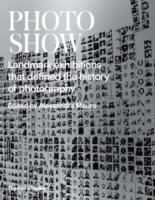 Photo show : landmark exhibitions that defined the history of photography
“From photography’s earliest days, the thrill and immediacy of the new medium were defined at the first public exhibitions.
Half art, half science, photography captured the attention of everyone from eager technophiles to curious painters: the art of representation was about to change. This is the first book to study the history of photography via international exhibitions. Edited by Alessandra Mauro, with contributions by and interviews with a host of international photography experts, this will be required reading for anyone with a serious interest in photography and curating, and provides the most informative and wide-ranging survey available of the era’s defining medium.” (Syndetics) 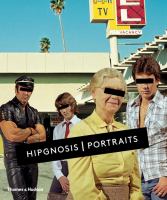 Hipgnosis : portraits
“At the zenith of the rock era, Hipgnosis established themselves as the most important design collective in music history. Their innovative cover art defines the albums of the biggest names of the late 1960s, 1970s and early 1980s. Their iconic designs – including Pink Floyd’s The Dark Side of the Moon, Led Zeppelin’s Houses of the Holy and Peter Gabriel’s eponymous suite – grace a staggering number of major releases. In rejecting the posed, conventional band photography of the day and embracing the possibilities of the vinyl gatefold format, they changed album design forever and created a vast array of sublime portraits… Hipgnosis | Portraits is narrated throughout by Po – the last living member of the triumvirate – whose uncanny recollections put paid to the myths surrounding the genesis of these seminal works.”(Syndetics) 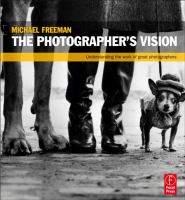 The photographer’s vision : understanding and appreciating great photography
In The Photographer’s Vision, Michael Freeman examines the work of some of the world’s greatest photographers, explaining how to look at photographs, and how to learn from looking at them. The featured work includes some of the most distinguished names in photography’s history: Frans Lanting, Nan Golding, Cindy Sherman, Paul Strand, Horst Faas, Robert Adams and many more, making this book visually stunning as well as intellectually authoritative.” (Book cover) 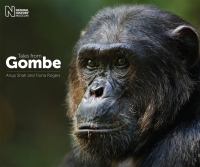 Tales from Gombe
“Half a century ago, Jane Goodall made history by observing the lives of chimpanzees in Gombe National Park in Tanzania, Africa. Goodall documented their complex behavior, including tool use, and her practice of naming the chimpanzees and describing their personalities gave her readers an emotional connection to the chimps. This title by photographers Shah and Rogers returns years later to the same community of chimpanzees. Through extraordinary images and vivid descriptions, the authors chart the lives of the Gombe chimpanzees from 2001 until the present.” (Syndetics) 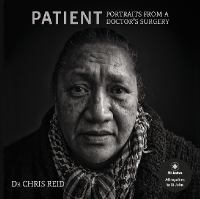 Patient : portraits from a doctor’s surgery
“Patient is a unique photographic collection of portraits taken by a GP of his patients at the end of their consultation. For two years, Dr Chris Reid, who is also a photographer, asked his patients whether they would be happy having their photograph taken. His intention was to capture their personality, not their ‘illness’, and the project evolved into a study of life, people, culture and the spectrum of illness that we and our families all face. Patient is the result, a collection of moving photos, accompanied by the sad, humorous and poignant stories associated with the subjects.” (Syndetics)

20th century photographers : interviews on the craft, purpose, and the passion of photography
“This book is a compilation of interviews and essays that cover a broad range of photographers and photographic disciplines. Each had a distinct “style,” creative approach, dedication to the craft, point of view about themselves and the world. These interviews were conducted during a seminal period in the shift from film to digital and from print reproduction to global distribution on the Internet. Just like their photographs continue to inspire today, now these pros’ words can live on as an invaluable reference for the photographers of the future. – Listen to the audio of many of the featured interviews on the book’s companion website!” (Syndetics) 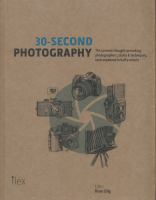 30-second photography : the 50 most thought-provoking photographers, styles and techniques, each explained in half a minute
“Who invented photography first? Who got the patent? Who are the greatest photographers and what have their contributions been? This book takes the 50 most important aspects of photography; both the major styles and the key technical aspects that make them possible, and explains each in two pages, 300 words and one picture. Whether you pick it up for 30-seconds at a time or from cover-to-cover, this book will have you thinking about your own and other peoples photography in a whole new way.” (Syndetics)