New Zealand is one of the most ethnically diverse nations on earth and we are also one of the most peaceful: it’s up to everyday New Zealanders to ensure this is a legacy we leave for future generations. Race Relations Day reminds us all of the crucial role positive race relations and human rights play in our communities and lives.

Every 21st March, the International Day for the Elimination of Racial Discrimination marks the 1960 Sharpeville Massacre when 69 black South African citizens – including 10 children – were shot to death by their own Police for protesting against racial apartheid laws. In New Zealand, communities across the country host hundreds of events on and around the 21st of March to mark Race Relations Day. This year’s Race Relations Day theme “Big Change Starts Small” was created by a Vietnamese Kiwi who had lived in Auckland for less than a year when he won last year’s Race Unity Speech Competition.

“Positive race relations don’t just live in a document at the United Nations, they must live in our communities, suburbs and lives.”

This year’s te reo Maori theme is the proverb “Itiiti Rearea, Kahika Teitei, Ka Taea” – “The smallest bellbird is able to climb to the heights of the tallest Kahika tree.”

Meet Sarjon Warde and other Assyrians, and hear about thie exceptional history, their current situation in Iraq, and their vibrant Wellington Community.

This is a free event, all welcome!

Run Thomas run / Kate Carty.
“A wedding, a poem, a shortcut home – what happens next will shake Thomas Odishu, wife Esther and children Ramina and George to the core. For this is Iraq in 1991 and there are no such things as coincidences. Informants are everywhere and once you’ve had a run-in with Saddam’s regime, your only chance of survival is escape. But no matter how hard you run, the past is always there, right behind you. Set in Iraq and England over three decades, Run Thomas Run is the gripping story of a father’s contorted love, a daughter’s coming of age, guilt, redemption and a child’s promise made forty years earlier that should never have been kept.” (Syndetics summary)

We have some beautiful books in our collection about the Assyrian language, history and art. Have a look at these: 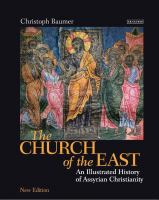 The church of the East : an illustrated history of Assyrian Christianity / Christoph Baumer.
“Christoph Baumer is one of the very few Westerners to have visited many of the most important Assyrian sites, and has written the only comprehensive history of the “Nestorian” (or Apostolic Assyrian) Church, which now fights for survival in its country of origin, Iraq. He traces its apostolic beginnings to the present day, and discusses the Church’s theology, christology and uniquely vigorous spirituality. He analyzes the Church’s turbulent relationship with other Christian chuches and itsdialogue with neighboring world religions such as Zoroastrianism, Manichaeism, Islam, Buddhism and Taoism. Richly illustrated with maps and over 150 full-color photographs, the book will be essential reading for those interested in a fascinating but neglected Christian community which has profoundly shaped the history of civilization in both East and West.” (Syndetics summary) 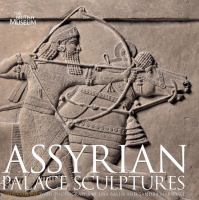 Assyrian palace sculptures / Paul Collins ; with photography by Lisa Baylis and Sandra Marshall.
“Between the ninth and seventh centuries BC the small kingdom of Assyria in northern Iraq expanded through conquest to dominate the region from Egypt to Iran. The power of the Assyrian kings was reflected in the creation of a series of magnificent palaces in which the walls of principal rooms and courtyards were lined with huge panels of alabaster carved with images of the monarch as priest, victorious warrior and hunter. Together, the sculptures constitute some of the most impressive and eloquent witnesses of the ancient Middle East. This book serves as a superb visual introduction to what are undoubtedly some of the greatest works of art from the ancient world, showcasing a series of specially taken photographs of the British Museum’s unrivalled collection of Assyrian sculptures.” (Syndetics summary)

From Nineveh to New York : the strange story of the Assyrian reliefs in the Metropolitan Museum and the hidden masterpiece at Canford School / John Malcolm Russell, with contributions by Judith McKenzie and Stephanie Dalley
“The story of Sir Austen Henry Layard’s rediscovery of ancient Assyria and its fabled capital, Nineveh, is one of the great tales of the 19th century. No less remarkable is the story of the collection, dispersal and then re-acquisition in the 20th century of the world’s greatest Assyrian collection ever to be in private hands.” (Syndetics summary)

A history of the ancient Near East, c. 3000-323 BC / Marc van de Mieroop.
“This book presents a clear, concise history of the extraordinarily multicultural civilizations of the Ancient Near East. Beginning with the emergence of writing around 3000 BC, the narrative ranges from the origins of the first cities in Mesopotamia, through the growth of the Babylonian and Hittite kingdoms, to the Assyrian and Persian empires. It ends with the transformation of the Ancient Near East by the conquests of Alexander the Great. A straightforward and concise narrative of the complex history of the ancient Near East. Addresses political, social, and cultural developments. Contains in-depth discussion of key texts and sources, including the Bible and the Epic of Gilgamesh. Includes a selection of Near Eastern texts in translation. Accompanied by plentiful maps and illustrations.” (Syndetics summary)

Beginner’s Assyrian / D.G. Lyon.
“This book includes a detailed outline of Assyrian grammar, transliterated texts, an extensive glossary and a comprehensive list of alphabets. Aramaic is also known as Assyrian and knowledge of it is a must for any serious scholar of the bible. The instruction guide is designed for those intere4sted in learning to read the language.” (Syndetics summary)

Introductory Assyrian grammar / Samuel A.B. Mercer.
A passport to an important language of the ancient world, this grammar presents an introduction to Assyrian, a linguistic relative of Hebrew that derives from the northern group of Semitic languages. The Assyro-Babylonian language emerged as long ago as 3000 b.c., and remained in use until the first century before the Christian era, after which it disappeared until the nineteenth century. A wealth of archeological work since then has uncovered thousands of examples of the language, and with this concise treatment, students of archeology, anthropology, and world history study the language’s complexities. Both simple and well supplied with exercises, the text divides grammar and syntax into chapter-by-chapter lessons.