Fans of Batman will enjoy Batmobile : the complete history. We have three new books on popular tv shows: Wait for it, an unofficial guide to How I Met Your Mother, Sons of Anarchy: the official collectors edition and Downton Abbey: the complete scripts: season three. For some of the cutest stars in Hollywood, take a look at Animal Stars, plus many more books on Film and Television!

Ayoade on Ayoade : a cinematic odyssey / Richard Ayoade.
“In this book Richard Ayoade – actor, writer, director, and amateur dentist – reflects on his cinematic legacy as only he can: in conversation with himself. Over ten brilliantly insightful and often erotic interviews, Ayoade examines himself fully and without mercy, leading a breathless investigation into this once-in-a-generation visionary. Only Ayoade can appreciate Ayoade’s unique methodology. Only Ayoade can recognise Ayoade’s talent. Only Ayoade can withstand Ayoade’s peculiar scent. Only Ayoade can truly get inside Ayoade. They have called their book Ayoade on Ayoade: A Cinematic Odyssey. Take the journey, and your life will never be the same again. Ayoade on Ayoade captures the director in his own words: pompous, vain, angry and very, very funny.” (Syndetics summary)

Batmobile : the complete history : engineering, aesthetics & function through the decades / written by Mark Cotta Vaz ; Batman created by Bob Kane ; foreword: Q & A with Paul Levitz & Nathan Crowley.
“Here for the first time is the complete history of the sleek, sophisticated, incomparable Batmobile. From its humble beginnings in the pages of Detective Comics, to its reimaginings every decade in the pages of DC Comics, to its unforgettable appearances on the big screen, this book explores each incarnation of the Batmobile in incredible detail and scope.” (Syndetics summary)

Animal stars : behind the scenes with your favorite animal actors / Robin Ganzert, PhD, Allen & Linda Anderson ; foreword by Marty Becker, DVM.
“When cameras roll and directors call, “Action,” some of the most dependable, funniest, and most enthusiastic actors stand poised on four legs, with ears alert. From Joey in War Horse to the wolves in Game of Thrones, what we see on screen is the result of meticulous preparation and professional teamwork. These eye-popping, heartwarming stories reveal the trainers, actors, directors, and animals in behind-the-scenes glory.” (Syndetics summary) 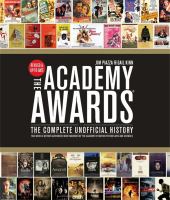 The Academy Awards : the complete unofficial history / Gail Kinn and Jim Piazza.
“Written by film experts who are sought out every year for their insider knowledge of movies and Hollywood, this book is both a comprehensive reference and a detailed history of the Academy Awards, complete with each year’s facts, highlights, and controversies–all told with authority and attitude. Packed with more than 500 photographs from the Oscar ceremonies and red carpet as well as the movies themselves, it outdoes any other book on the market in both information and illustrations.” (Syndetics summary)

Wait for it : the legendary story of How I met your mother : an unofficial guide / Jesse McLean.
“As the record-breaking run of the CBS hit sitcom How I Met Your Mother draws to an end, new fans of the epic romantic comedy are still appearing in droves, thanks to the joy of binge-watching on demand. What better way for old fans and new to reminisce about all the friendships and fun than by looking at the series as a whole in Jesse McLean’s Wait For It . With an entertaining examination of each of the nine seasons of the show, McLean not only looks at the characters and stories, but the making-of stories, the running gags, the lead actors, and the lasting impact of How I Met Your Mother on pop culture thanks to a cult fandom that’s grown to a national obsession.” (Syndetics summary) 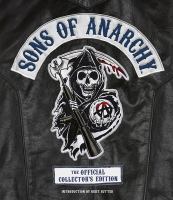 Sons of Anarchy : the official collectors edition / by Tara Bennett.
“Go inside the clubhouse and behind the scenes of the #1 smash hit FX television show Sons of Anarchy with this official book, the only one officially sanctioned by the show’s creator and FX, which offers the definitive insider’s guide to all seven seasons, including the series’ memorable final episode. Sons of Anarchy: The Official Collector’s Edition is an awesome tribute to the Teller-Morrow family. Inside you’ll find an introduction by and interviews with Kurt Sutter, series creator on how the show came to be, revealing interviews with the cast, the actors’ most memorable scenes and moments, in their own words and much more.” (Syndetics summary)

Downton Abbey : the complete scripts : season three / Julian Fellowes.
“The full scripts of series three, including previously unseen dialogue and drama. They give readers the opportunity to read the work in more detail and study the characters, pace and themes in depth. With an introduction and commentary from Julian Fellowes, this is an insight into how he researched and crafted the world of Downton Abbey.” (Syndetics summary) 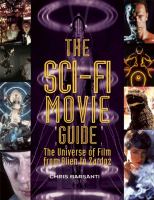 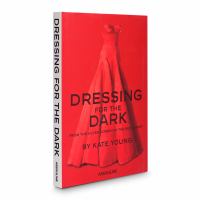 Dressing for the dark : from the silver screen to the red carpet / by Kate Young.
“In her first-ever book, celebrity stylist Kate Young draws inspiration from iconic fashion moments in film to choose the most influential eveningwear styles of all time, and offers her expert insight as to why these looks are so definitive and are worth revisiting today for that special night out. Spanning classic moments such as Elizabeth Taylor’s timeless white silk chiffon dress in Cat on a Hot Tin Roof and Julia Roberts in that iconic red gown in Pretty Woman, this book, complete with a directory of go-tos, is an accessory no woman will want to dress for the dark without.” (Syndetics summary)

Fifty Hollywood directors / edited by Yvonne Tasker and Suzanne Leonard.
“Fifty Hollywood Directors introduces the most important, iconic and influential filmmakers who worked in Hollywood between the end of the silent period and the birth of the blockbuster. By exploring the historical, cultural and technological contexts in which each director was working, this book traces the formative period in commercial cinema when directors went from pioneers to industry heavyweights. Each entry discusses a director’s practices and body of work and features a brief biography and suggestions for further reading.” (Syndetics summary)

Hollywood love stories : true love stories from the golden days of the silver screen / Gill Paul.
“From the earliest days of Hollywood, the pressures of fame led to a febrile atmosphere among its stars. The magic of the movies made audiences pulses quicken, but what was really happening in the lives of the actors up on the silver screen? Hollywood Love Stories looks at 14 real-life love affairs across the golden age of the movies, from the 1920s to the 1970s. From the swashbuckling romance between Douglas Fairbanks and Mary Pickford, and the poignant lifelong affair between Spencer Tracey and Katherine Hepburn, to the scandalous liaison between Ingrid Bergman and Roberto Rossellini, each account offers insights and surprises, accompanied by wonderful images and ephemera that bring every love affair vividly alive.” (Syndetics summary)