In 1912, Lord Liverpool became governor of New Zealand. Alongside him, stood his wife, Annette Louise Foljambe, Countess of Liverpool. As soon as the War started in 1914, Lady Liverpool became an active supporter and fundraiser for the New Zealand troops sent to fight overseas. Her Excellency’s knitting book , compiled under the personal supervision of Her Excellency the Countess of Liverpool was published in 1915.  It was intended to encourage the women of New Zealand, as well as children (boys and girls!), to take up knitting as a valuable skill and turn it into a mass war effort by crafting useful items that would be sent to soldiers fighting for the Empire. Socks in particular were in high demand, a pair only lasting a couple of weeks. Often, the knitter would add a little hand-sewn personal note inside the garment for its recipient. The initiative became hugely popular and contributed to making soldiers feel that they weren’t forgotten back home.
One of these little books has been a treasure in our Rare Books room at the Central Library. It contains a hand-written introduction by Lady Liverpool herself, encouraging “the women of New Zealand” to take their part in the war effort by using the patterns in the book to produce some much needed comfort for the troops. The book despite its very modest dimensions as it was designed to be carried in a knitting bag, contains a myriad patterns and knitting instructions to guide the novice (“To wind wool so that you work from the inside of the ball, p.41) as much as the accomplished knitters . It is also dotted with quaint advertising from businesses all over New Zealand such as this Harringtons ad: The patterns not only cover garments of use to soldiers such as cholera belts, but items for women, children and babies. In case you always wanted to knit a cholera belt, here are instructions: This clipping from The Dominion’s 16 July 1917 issue is a testimony of the extent of the contributions from the civilians back home. You can access the full article in the Paperspast database. Published in July, it was calling for “funds of gifts of various kinds” to ensure that soldiers on the front would receive comforting parcels from home, in time for Christmas. Plum puddings were highly prized for their capacity to travel well and their festive significance: “This year, owing to the shortage of certain classes of foodstuffs in the Motherland, these gifts, particularly plum puddings and fancy articles of food, should be more welcome than ever to the men in the fighting lines.” 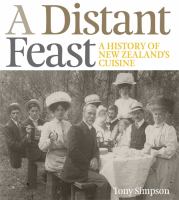 One of the most likely sources of the time for recipes of plum pudding would have been Mrs Beeton’s Every-day Cookery and Housekeeping Book as suggested in A Distant Feast : the origins of New Zealand’s cuisine by Tony Simpson (recipe p. 66).

Here are images of our own original copy of Mrs Beeton’s 1893 edition, available from our stacks on the second floor of the central library. It includes several versions of the Plum Pudding recipe (p. 379-381, pictured). Mrs Beeton was an incredibly popular influence in the  kitchens of the time and has remained a seminal influence in the art of cookery, as our collection bears testimony.
However, “her reputation as an innovator is unjustified“, according to Tony Simpson, author of A Distant Feast, who believes that Eliza Action should have claimed the title.
And indeed, Simon Hopkinson’s (British former chef and critic, considered to be one of the best cookery writers) quote on the cover of Eliza Acton’s Modern Cookery for private Families stands as more than a stamp of approval: “The Author’s Christmas Pudding is as perfect as any festive pudding can be. I would not cook, nor eat I wish to eat, any other than Acton’s.” You will find her recipe p. 416 of this edition.

To read more about Eliza Acton refer to

The real Mrs Beeton : the story of Eliza Acton  by Sheila M. Hardy with foreword by Delia Smith.
For her own recipes, read Modern Cookery for private families : reduced to a system of easy practice in a series of carefully tested receipts in which the principles of Baron Liebig and other eminent writers have been as much as possible applied and explained  with an introduction by Jill Norman.

And finally, another source of recipes that has withstood the test of time is Auguste Escoffier’s A Guide to Modern Cookery. Published in English in 1907, it became a Bible for many generations of chefs and amateurs cooks. Hailed as one of the greatest chefs and food writers of all times, Escoffier redefined French cuisine and propelled it into the 20th Century, influencing cookery internationally.  Here is a photo of the 1951 reprint we hold in the stacks with Escoffier’s version of the very British Plum Pudding. For more contemporary publications regarding “The King of Chefs and the Chef of Kings”, Escoffier’s nickname, check our catalogue here.

Notes:
A very interesting documentary about Lady Liverpool and her war efforts, screened on TV3 News last August can be watched on this New Zealand History page with an accompanying article.

And for the francophiles out there, a recent episode of the highly entertaining food programme “On va déguster” produced by the French national radio station France Inter has a very informative piece on Auguste Escoffier. You can read and listen here! Bon Appétit et Joyeux Noël!