Whilst many Māori were eager to join the war effort overseas, others, especially those from Waikato, Taranaki and Urewera districts were reluctant to be involved.

There were several reasons for this reluctance, one being the wholesale confiscation of large areas of Māori land in Waikato following the land wars of the 1860s, and another falling from the belief that, as followers of Te Whiti and Tohu, Māori should not enter into direct conflict, but continue to uphold a position of passive resistance.

Because of a rule of Imperial Government that “no native race should be used in hostilities between European races”[1], Maori were not immediately sent to war.  But on learning that Indian troops were in France, and African troops were to assist France, Maori, with the help of their MPs were permitted to send 250 men, as a Native Contingent, to Egypt.

Cowan says “That the young Maori  was no degenerate, softened by the peaceful life, was quickly manifest when the First Contingent went into action at Gallipoli in 1915 … They were as grim and thorough as any Highland regiment in attack work with the bayonet, and they proved themselves equal to the tremendous nerve-test of sustained shellfire, the greatest test of all. They were the only native troops who hung out the whole of the bitter trench work in France in 1916-18.  They were fully the equal of their forefathers in fortitude and endurance as in dash and energy. They were most willing workers.”[2]

The Maori Contingent reached Gallipoli, via Malta around 2 July, 1915.  They were involved in the Battle of Sari Bair, and Chunuk Bair, August of 1915.

The stories of these soldiers are told in

Maori in the great war / James Cowan.
“Maori form a significant proportion of the modern New Zealand Army, and Maori officers have achieved the very highest commands, Their unique culture is deeply embedded in its tradition and daily routines; celebrated by Maori (indigenous) and pakeha (non-indigenous) soldiers alike. The exploits of the 28th (Maori) Battalion in WWll – peerless in attack – are well-remembered. Not so well known is the major Maori contribution to the Allied cause in the Great War. Maori were quick to respond in 1914. Over five times as many as the specified contingent of 500 men volunteered, and that number of places was allocated on a tribal basis. As the centennial of the start of WWl approaches, it is timely to revise and republish Cowans 1926 work.” (Syndetics)

Here is the story of the native contingent leaving in 1915:
http://www.nzhistory.net.nz/war/maori-in-first-world-war/native-contingent

A brief story of the New Zealand Pioneer Battalion is here:
http://www.nzhistory.net.nz/war/maori-in-first-world-war/pioneer-battalion 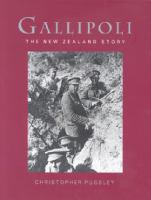 On the fringe of hell/ Christopher Pugsley

Pugsley, Christopher.   The Maori Battalion in France in the First World War,  in,  The French and the Maori edited by John Dunmore.   Heritage Press, 1992.