There are an equal number of car-and-transport books and aircraft books this month. There are some very interesting plane books, including “Area 51 black jets”. Apparently, in July 2013, “CIA finally acknowledged the existence of Area 51 for the first time”. 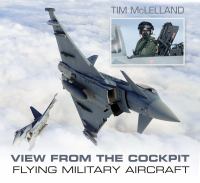 View from the cockpit : flying military aircraft / Tim McLelland.
“Reviving a feature of old aviation magazines, this book’s detailed accounts give the reader an opportunity to place him or herself in the cockpit, sharing the what it is really like to sit inside a warplane. Few civilians and these days few journalists get the chance to fly in a combat aircraft; the author has been lucky enough to experience flying in a wide range of military planes ranging from the Chipmunk and Bulldog to huge multi-engine craft, front-line combat aircraft, such as the Jaguar, Phantom, Harrier, Buccaneer, Hawk, Hornet, and Tornado, and with the “Blue Angels” and Red Arrows. Combining narrative, interviews, and first-hand descriptions of handling aircraft–including each craft’s quirks and vices, this book offers a unique insight into military flying.” (Syndetics summary) 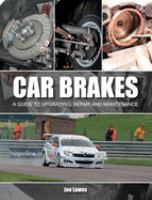 Beyond flying : rethinking air travel in a globally connected world / edited by Chris Watson.
“Is flying an irreplaceable part of 21st-century life? Flying is never zero-carbon, so can we reduce it, or even do without it? Can businesses succeed in a globalized world without international air travel? What about ‘love miles’ – visiting friends and family overseas?” (book jacket)

100 top cars : the editor’s pick from the first 100 issues of NZV8 magazine / [Todd Wylie].
“New Zealand has some of the most impressive and desirable V8-powered muscle cars and street machines in the world. To celebrate the passion for these vehicles, NZV8 magazine’s editor Todd Wylie has selected what he feels are his top 100 from the first 100 issues of the magazine.” (Syndetics summary) 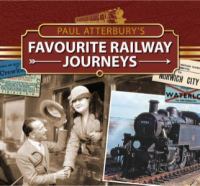 Paul Atterbury’s favourite railway journeys.
“For many people train travel is just a necessity, a quick and efficient means of transport that tends to be taken for granted, until it goes wrong. Yet, a train journey can be so much more, bringing together history, land scape and the particular but ever-changing view of Britain through the carriage window. Much of the network in use today, and its infrastructure, is a legacy of the 19th century, built by Victorian entrepreneurs and engineers… ” (adapted from book jacket)

Exploring Britain’s lost railways / Julian Holland.
“Thousands of miles of britain’s railways were closed during the 20th century, many following the implementation of the ‘Beeching Report’ in the 1960s and early 1970s. Since then, many have been converted to footpaths and cycleways. Fortunately, both the keen wlaker and railway enthusiast can enjoy these well-worn routes and hidden byways in peace and tranquility. Follow the routes of over 50 long-closed lines across some of our most beautiful countryside and discover the lost railways of britain.” (Book jacket)

The big book of flight / Rowland White.
“ The big book of flight is a celebration of anything to do with flight and flying, packed with derring-do stories of aviation’s pineers as well as fascinating profiles of remarkable planes fron Spitfires to Space Shuttles – and a number of other wondrous projects that never quite got off the drawing board.” (Book jacket) 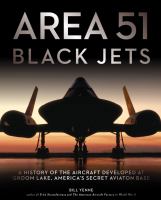 Area 51 black jets / Bill Yenne.
“Since the mid-1950s, Area 51 (aka the -Nevada Test and Training Range, Homey Airport, and more), a desolate, dry lake bed in the southern Nevada desert, has operated as a clandestine CIA-U.S. Air Force–Lockheed Corporation test site for ongoing cutting-edge research in U.S. flight technology. In July 2013, following a Freedom of Information Act (FOIA) request filed nearly a decade earlier, the CIA finally acknowledged the existence of Area 51 for the first time by declassifying documents outlining the mandate and history of the base. -Military historian Yenne’s (Aces High) insightful study provides an illustrated chronology of many of Area 51’s premier aircraft projects, which include Lockheed’s U-2 and SR-71 spy planes, a range of drones, from the early Lockheed D-21 to the contemporary Predator, and the F-117 Nighthawk stealth fighter.” (adapted from Syndetics summary)