This years theme for Samoan Language week (25th – 31st May) is “Taofi mau i au measina”, “Hold fast to your treasures”.

This years Pacific Language Week programme is as follows;

In support of this upcoming week of celebration of Samoan language and culture here are some of the resources available at Wellingon City Libraries.

Gagana Sāmoa : a Samoan language coursebook / Galumalemana Afeleti Hunkin.
“Gagana Samoa is a modern Samoan language resource. Designed for both classroom and personal use, it features:a methodical approach suitable for all ages an emphasis on patterns of speech and communication through practice and examples10 practical dialogues covering everyday social situations an introduction to the wider culture of faasamoa through photographs more than 950 exercises to reinforce comprehensiona glossary of all Samoan words used in the coursebook oral skills supplemented by an optional CD. Galumalemana Afeleti Hunkin was born in Faleula, Western Samoa, in 1945. He became the foundation tutor of Samoan language and culture at the Pacific Islanders’ Educational Resource Centre, Auckland, in 1977. Four years later he was appointed director of the Wellington Multicultural Educational Resource Centre. He is now a senior lecturer in Samoan studies at Victoria University”. (Book jacket)

The Samoan picture dictionary / [illustrations by Dale Tutill]. “The Samoan Picture Dictionary is an excellent resource for people beginning to speak or write Samoan. It contains over 1000 commonly used words, and words needing further explanation are given in English and Samoan sentences to aid comprehension. Wordlists include parts of the body, telling the time, colours, numbers, days of the week and months of the year.” (Syndetics summary) 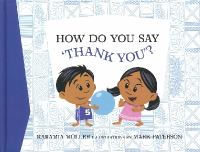 How do you say ‘thank you’? / Karamia Müller ; illustrations by Mark Paterson.
“Alofa and Filipo want to learn gagana Sāmoa so at bedtime they ask their parents how to say various things in the Samoan language”. Suggested level: junior.” (Syndetics summary) 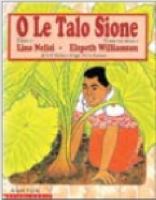 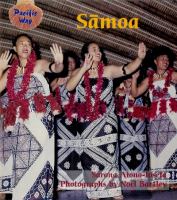 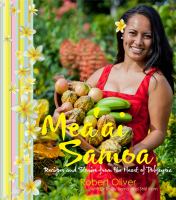 Mea’ai Samoa : recipes and stories from the heart of Polynesia / Robert Oliver with Dr Tracy Berno and Shiri Ram.
“The cuisine, traditions and environment of Samoa presented in recipes, photographs and stories.” (Publisher information) 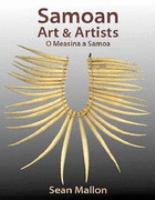 Samoan art and artists = O measina a Samoa / Sean Mallon.
“For almost 3,000 years, Samoans have selectively rejected, adapted, or appropriated influences within and outside their island group. Often not only the objects themselves are important but how they are used, so in order to understand the importance of each piece in Samoan society, Mallon provides ample cultural information. Contemporary artists describe their own work. The well-informed text is lavishly illustrated with early photographs, color photographs, and explicit diagrams.” (Abridged from Syndetics Summary) 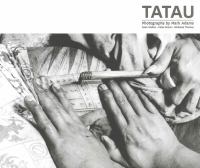 Tatau : Samoan tattoo, New Zealand art, global culture / photographs by Mark Adams ; [written by] Sean Mallon, Peter Brunt and Nicholas Thomas.
“Samoan tattoing, or tatau is an ancient Polynesian art tradition and rite of passage that reaches its most powerful expression in the full body male tattoo, the pe’a. Building on the internationally touring exhibition Tatau, this extraordinary series of images by leading photographer Mark Adams documents the story of tatau in the Pacific and its remarkable globalisation.” (Syndetics summary)