The Unity Books team, one of our generous ComicFest sponsors, and our Wellington City Librarians have collaborated what they think are the best Comics/Graphic Novels. This list was phenomenal so we’ve broken it up. Below is just part three of many posts to come over the next week. 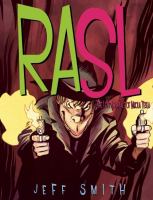 RASL – Jeff Smith
The author of Bone writes a story about a time travelling art thief who comes across the revolutionary journals of Nicola Tesla and attempts to change his world. Hunted by a lizard-faced man and unsure of which parallel universe is really home, he keep fighting to find his way back to peace. Re-coloured for the collected print edition.

Peter Pan – Régis Loisel
A psychoanalytic look at the life of Peter Pan before he became the boy we know from Barrie’s novel. What horrors of London forced a child to forget everything he knew? Who was hook before he was hook? Where did those lost boys come from? Beautifully illustrated in a cartoonish style that doesn’t shy away from the dark side of Neverland. [Not currently available at WCL].

The Boys – Garth Ennis
If there is one person who isn’t afraid to tackle the idea of superheroes head on it’s Garth Ennis. A CIA-funded black ops group reforms to keep an eye on the Seven, fostered superheroes monopolised by a global corporation and wreaking havoc on the lives of innocents. Billy Butcher and a team of mad hatters are no longer content to stand by. 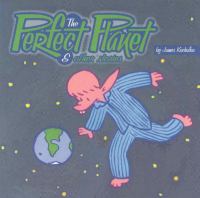 The Perfect Planet & other stories – James Kochalka
This little trilogy is hilarious, tragic and plain weird all rolled into one easy-to-carry, read in one sitting book. James Kochalka’s iconic avatar ‘magic boy’ drawn in his simple yet very expressive drawing style, as well as a dark sense of humor make book great for an introspective chuckle on a cloudy afternoon.

Sandman (DC. all 1-12) – Neil Gaiman
Originally printed between 1989-1996, the Sandman comics serve as cold hard proof of Neil Gaiman’s literary genius. A huge range of stories, mostly dark, usually poetic and consistently amusing have kept me re-reserving copies of this series for months – the stories just keep returning to me, calling me back so that I have to look at them again, to see what I missed (an endless amount of details). My favourite collection is number 2, The Doll’s House, featuring a chilling “cereal” convention (of serial killers) in “Collectors”, and a strangely inspiring mortal man who refuses to die in “Men of Good Fortune”. Book 6 Fables and Reflections ends with the inconceivably aethetically pleasing “Ramadan”, a story told, illustrated and lettered in the Arabic tradition, where Caliph Harun Al-Rashid of Baghdad troubles over his perfect city’s inevitable decline. A+ art, A+ stories, A+ otherworldy creations and historical/mythological references. Will read again.

Iron, Or the War After – S M Vidaurri
I first picked this book up because of its cover. I know, I know, librarian sacriledge.. But when the book is a comic or graphic novel, I think one can be forgiven to a certain extent, for passing said judgement. In this case, I’m really glad I did! A tragic tale of espionage set in a sparse, snow-covered landscape, played out, i think more poignantly than it would have with humans, by anthropomorphized European animals. If I’d read the blurb of this on the back of a novel I would’ve been inclined to put it straight back down. I think that, too, is part of the beauty of graphic novels – they help you explore subject matter you’re more interested in seeing than reading about. In any case, I’d certainly recommend this to anybody interested in mystery/spies, the colour grey, watercolour paints, woodland creatures, or all of the above!

Hicksville – Dylan Horrocks
I met Dylan Horrocks after going to ‘Comicsville’, a writers week event in Wellington this year, we had a short chat (about my unusual name of all things) and he signed my copy of Incomplete Works (also highly recommended), “to the mighty, fearless Ottilie”. Needless to say I had to go and sit down in a cafe afterwards, and while I did I realised that I was a terrible fangirl, because I hadn’t ever actually finished reading Hicksville. I sourced it (in the libraries of course) and devoured it over a weekend. I didn’t get much done that weekend, but I did pick up my pencil, pens and a sketchbook, and have been drawing pretty much every day since. Hicksville doesn’t really need recommending at this stage, being one of the most well-known NZ graphic novels, written by arguably NZ’s favourite comic artist. All I can say is, read it. Then read Incomplete Works (a collection of Horrocks’s earlier works). Then pick up a pencil. You’ll wonder what you did with your life before then.

The Walking Man – Jiro Taniguchi
It’s a low-keyed magic. Jiro Taniguchi has gradually established his name in his native Japan and is now acclaimed worldwide, particularly in Europe. His masterpiece The Walking Man (1991) is concerned with nothing but a man who walks. The salary-man, who appears to be about 40 years old, simply takes strolls around his town where he and his wife have just moved in. While he walks he encounters a variety of people, such as a birdwatcher and an elderly lady; he climbs a tree to get a paper plane for kids, gets caught in the rain and so on. Without much narrative but with meticulous artwork, Tniguchi captures a subtle, everyday life marvellously, and plenty of meanings may emerge from this simple plot. It offers a timeless, less-is-more world, and leaves you with pleasant tenderness. Other of Taniguchi’s works also have similar profound effects and are recommended.

Anything by Guy Delisle, particularly his biographical works, such as Pyongyang: A journey in North Korea. This was a brilliant insight into life in that country. Also Jerusalem: Chronicles from the Holy City. Again so insightful, there was so much I did not now about both these countries. He also wrote Shenzhen: A travelogue from China, and Burma Chronicles, both along the same lines. He is a terrific artist also.

For a bit of blood lust, The Milkman Murders by Joe Casey, with terrific art work by Steve Parkhouse and one old favourite was Sunset City: For active senior living (2005) – this one actually hooked me onto graphic novel reading.
There are many more, just one cutesy, Fanny & Romeo by Yves Pelletier. Delightful.