The Unity Books team, one of our generous ComicFest sponsors, and our Wellington City Librarians have collaborated what they think are the best Comics/Graphic Novels. This list was phenomenal so we’ve broken it up. Below is just part two of many posts to come over the next week.

Drinking at the Movies – Julia Wertz
“On the day I turned 25 I came to consciousness at 3am in a 24hr Laundromat in Brooklyn, NY, eating Cracker Jacks in my pyjamas”. Drinking at the Movies tells the story of Julia Wertz’s move from SF-NYC. It’s a story filled with family dramas, horrible apartments, getting fired, lots of weed and laziness, all told through an apathetic alcoholic haze. The artwork is basic, and the themes are depressing, yet it’s all told with such an absurdly black sense of humour that it’s not only thoroughly enjoyable but oddly uplifting.

Green Eggs and Maakies – Tony Millionaire
The Maakies strips have been going for years, there must be thousands of them by now and they’re always a joy. The stories of Drinky Crow and Sock Monkey are deranged, sick, twisted, drunken, violent… everything a comic should be. They’re obviously drawn very quickly but the art is incredible and Millionaire’s attention to detail is astonishing. I’m sure I’ll never tire of Drinky Crow shooting himself in the head.

My New York Diary – Julie Doucet
This intensely personal book tells the story of the author’s move from Montreal to NYC and the time she spent there until she moved to Seattle a year later. The scene is set with 17 year old Julie losing her virginity and it’s a wild ride of poor mental health, drinking too much, and making bad life choices from there on in, all told with a wry and self-depreciating sense of humour.

My Dirty Dumb Eyes – Lisa Hanawalt
Although not a story or any kind of continuous strip My Dirty Dumb Eyes is a riotously entertaining book. Made up of sketches, dreams, true life stories (the trip to the toy expo is great fun) and whatever she feels like. Her movie reviews are Hilarious (Drive, and Rise of the Planet of the Apes) as are her mutated portraits of celebrities.

Kafka – David Zane Mairowitz
This work takes a highly creative approach to this influential author, depicting his life story via scenes from his books, for example, at one stage we see Kafka depicted as a giant cockroach – taken from his classic ‘Metamorphosis’. This graphic novel works on every level, being a great work of graphic art, an excellent introduction to a profound writer, and a loving homage to everyone’s favourite dark soul.

The Beats: A Graphic History – Harvey Pekar
Grandaddy of comic illustration, Harvey Pekar – star of the excellent biographical film ‘American Splendour’ – presents a well told history of the prime shakers of the US hipster movement of the fifties that influenced an entire generation and laid the groundwork for the social revolutions of the sixties.

City of Glass – Paul Auster – Adapted by Paul Karasik
Paul Auster’s early novels are intriguing contemporary existential works that challenge notions of reason and traditional plot. Here, his excellent ‘City of Glass’ is given a great graphic treatment that maintains the intrigue and mystery of the novel. 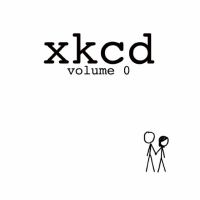 xkcd : volume 0 – Randall Munroe
Randall Munroe is a cartoonist that runs a very popular website, and understandably so, as he is probably the most well informed satirist of technology around. This is the first collection of those online postings. Readers need a certain amount of awareness of technology to understand all of the jokes but the ones you get are very on the mark and very, very funny.

Bluesman : a twelve-bar graphic novel – Rob Vollmar
I have been listening to and reading about blues for years, yet this graphic novel was what really brought home to me just how it must have been for those early homeless musicians. A great and moving depiction of a key phase in modern musical history.

The Book of Genesis –Robert Crumb
Yes – it is the real and actual Book of Genesis from the Bible! Legendary cartoonist Robert Crumb of the sixties Zap Comics fame, who is now recognized as a key modern American artist, here applies his outstanding talent to a classic work. This graphic novel polarized Christians, who were either deeply offended or who applauded his modern adaptation. Crumb himself states in the intro that he originally intended a satire, but after looking over the material decided that the material was so strange that he would offer a faithful interpretation.

Gonzo : a graphic biography of Hunter S. Thompson – Will Bingley
The life story of outsider reporter, political commentator and legendary drug fiend Hunter S. Thompson, who invented the term ‘gonzo journalism’, is lovingly told here.
The main focus is on the writer’s early career when he is fired by publisher after publisher, runs for sheriff and binges on drink and drugs, with just a few pages covering the remaining years of his decline. This is a good introduction to a wild life and an impressive, if inconsistent, writer.

Sandman (5) A Game of You – Neil Gaiman
The best in the series I reckon.

Blankets by Craig Thompson
This is just excellent. Really excellent. If you want to convert someone to the graphic novel genre throw this at them and watch them change. This comic is a coming of age story about a teenage boy who is trying to shed the faith of his family and discover something he is comfortable to call his own. The main character is aided in this process through falling in love with a girl at a Christian camp. Craig Thompson’s illustrations slide in and out of the physical experiences that the main character is having, and the philosophical debates he is working through, seamlessly. Not only is Craig a talented artist but his writing is well formed to boot. And don’t be put off by the fact that it’s a story of faith – this comic tells the story without shoving any belief (or any lack of belief) down your throat. It’s simply a story of standing on your own two feet.

Click here for Part One of our comic pick series.