Summer is here to stay. New books on movies/TV programmes offer great holiday reading including the fantastic Wes Anderson Collection, a visual guide to the much talked about The Hobbit:  The Desolation Of Smaug, and the artful Derek Jarman’s Sketchbooks. Get Mrs Brown’s Family Handbook and The Simpsons And Their Mathematical Secrets out for your family gathering. Enjoy! 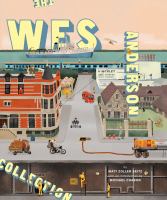 The Wes Anderson collection / by Matt Zoller Seitz ; with an introducton by Michael Chabon.
“Cultural critic Seitz tours the quirky career of movie director Wes Anderson in this upbeat coffee-table book. Featuring a plethora of behind the scene photos, production artifacts, the author successfully conveys Anderson’s creativity especially through the use of the director’s original artwork. Every Anderson movie-from Bottle Rocket to the most recently Moonrise Kingdom-gets the royal treatment: a short essay from Seitz, an interview with the director, scrapbook’s worth of photos. Seitz shows detailed knowledge of his subject’s work, and Anderson is open about his creative process, making this tour especially worth taking.” (Publisher Weekly) 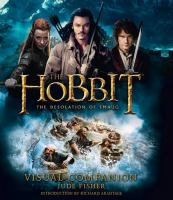 The hobbit : the desolation of Smaug : visual companion / Jude Fisher.
“The second epic instalment of Peter Jackson’s trilogy The Hobbit: The Desolation of Smaug will see the company of Thorin Oakenshield encounter even greater perils in their quest to claim their long-forgotten gold. After setting out from the safety of Bag End, Bilbo Baggins has journeyed through Middle-earth with his fourteen companions, fighting through fire, Wargs, Goblins and even escaping the creature known simply as Gollum. Introduced by Richard Armitage, who plays Thorin Oakenshield, and with over 100 rich illustrations, the visual companion is the perfect guide to the company’s passage to Erebor and the Dragon that awaits them” (adapted from amazon.co.uk) 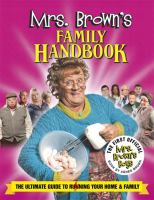 Mrs Brown’s family handbook : the ultimate guide to ruining your home & family / Agnes Brown with Brendan O’Carroll and Michael Joseph [publisher].
“Millions of us have wondered how Agnes Brown does it. Keeping her end up while seven grown-up children tear about the fecking place like the eejits haven’t got a home to go to. Packed with Mammy’s tips for keeping a perfect family, or at least a family, as well as contributions from her children, neighbours and other hangers on, Mrs Brown’s Family Handbook dispenses advice in her own inimical fecking style. Mrs Brown’s Family Handbook, the first and only official book from Brendan O’Carroll’s brilliant comic creation, is filled with useful advice and gives us a unique look into the lives of the Brown family.” (adapted from Amazon.co.uk)

The Simpsons and their mathematical secrets / Simon Singh.
“Simon Singh, author of the bestsellers Fermat’s Enigma, The Code Book, and The Big Bang, offers fascinating new insights into the celebrated television series The Simpsons: That the show drip-feeds morsels of number theory into the minds of its viewers–indeed, that there are so many mathematical references in the show, and in its sister program, Futurama, that they could form the basis of an entire university course. Based on interviews with the writers of The Simpsons and replete with images from the shows, facsimiles of scripts, paintings and drawings, and other imagery, The Simpsons and Their Mathematical Secrets will give anyone who reads it an entirely new insight into the most successful show in television history.” (Provided by publisher) 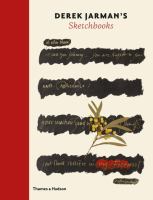 Derek Jarman’s sketchbooks / edited by Stephen Farthing and Ed Webb-Ingall.
“In the foreword to this exquisitely executed book, actress Tilda Swinton describes the sketchbook for Jarman’s film Caravaggio as “a movable brainbox: littered with painted and drawn images, snatches of dialogue, scored revisions, the typed pages of his latest screenplay draft, filigreed with the henna-like pattern of his. hieroglyphic handwriting. Part talisman, part private confessional, wholly unmediated raw dreamscape, reliable invisible friend and booster jet.” Voluptuous works of art in themselves, these sketchbooks, taken from handmade books the filmmaker gave to the British Film Institute before his death in 1994, blend the written and visual, revealing the inner workings of the creative process and Jarman’s evolution as a filmmaker, artist, and gardener.” (Publisher Weekly)

Which lie did I tell? : more adventures in the screen trade / William Goldman.Which Lie Did I Tell?: More Adventures in the Screen Trade
“From the Oscar-winning screenwriter of Butch Cassidy and the Sundance Kid and The Princess Bride (he also wrote the novel), and the bestselling author of Adventures in the Screen Trade comes a garrulous new book that is as much a screenwriting how-to (and how-not-to) manual as it is a feast of insider information. If you want to know why a no-name like Kathy Bates was cast in Misery-it’s in here. Or why Linda Hunt’s brilliant work in Maverick didn’t make the final cut-William Goldman gives you the straight truth. Why Clint Eastwood loves working with Gene Hackman and how MTV has changed movies for the worse-William Goldman, one of the most successful screenwriters in Hollywood today, tells all he knows. Devastatingly eye-opening and endlessly entertaining, Which Lie Did I Tell? is indispensable reading for anyone even slightly intrigued by the process of how a movie gets made.” (Syndetics summary) 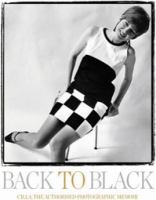 Back to Black / editor and writer, Cathy Calvin ; editor and design, Stephen Reid ; researcher, Stephen Munns ; contributors, Sophie Haydock, Mel Bradman.
“The stunning images contained within these pages celebrate Cilla Black’s remarkable showbusiness career. They also celebrate a woman who grew up in the spotlight of international stardom yet was never blinded to the importance of family and friends. Her warm ability to communicate directly with everyone she encountered has won her a lifetime of devoted fans. Musical and comedic, her fifty-year career has swept her from the glamour of Sixties recording success to unprecedented TV dominance as a female host. The fact she made it all seem so easy is a testament to her consummate professionalism. There is only one Cilla and we are proud to look back at her inspiring contribution over the past five decades. ” (adapted from Amazon.co.uk)