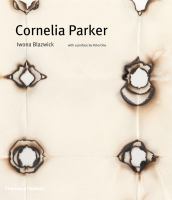 Cornelia Parker / Iwona Blazwick ; foreword by Yoko Ono ; introduction by Bruce W. Ferguson ; commentaries by Cornelia Parker.
“Described as a “physicist with the virtuoso skills of a craftsperson,” British conceptual artist Parker (born in 1956) has received glowing praise since the 1990s for her scientific research-based work and violent transformations of found objects. Wonderfully photographed and featuring a foreword by Yoko Ono … Unfortunately, Blazwick’s five essays do not adequately explain Parker’s enthusiasm for objects associated with history and famous people: a light-box display of Mia Farrow’s blue gown from Rosemary’s Baby; photomicrographs of Einstein’s chalk board; a pillow cut by Henry VIII’s sword. Viewers are supposed to be intrigued by these historical abstractions, but they can feel superfluous. As Parker writes, “Very often, the process involved in my work is just a flimsy excuse to get my hands on these objects that changed the face of history.” (adapted from Publisher Weekly) 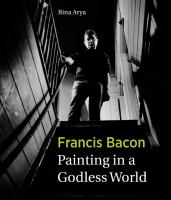 Francis Bacon : painting in a Godless world / Rina Arya.
“Arya (Univ. of Wolverhampton, UK) examines a contradiction of Francis Bacon’s oeuvre: the atheist’s denigrating use of religious imagery that seems to reinforce the potential meaning of the source material. According to Arya, Bacon’s art engages questions of theological debate while exploring the human condition through themes such as animalism, violence, suffering, alienation, and death … In examining connections between Bacon’s life, art, and religious association of symbolic and compositional devices, the book achieves its chief aim of consolidating recognition of religion’s significance in Bacon’s art…” (Syndetics review) 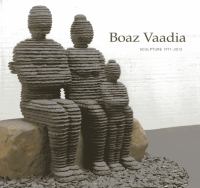 Boaz Vaadia : sculpture 1971-2012 / essay by Wendy Steiner ; foreword by Ivan C. Karp ; introduction by Anthony Brown ; artist Impressions by Boaz Vaadia.
“Eye-catching, life-size, and natural stone sculptures creatively conceived and intricately constructed that stop passersby in their tracks, are the hallmark of sculptor Boaz Vaadia. Drawing inspiration chiefly from what Vaadia calls ‘the primal connection to nature,’ he carves and assembles multilayered figurative pieces from glacial boulders and bluestone – originally discovered by Vaadia when bluestone sidewalks in SoHo were being replaced by concrete in the mid-1970s. He sculpts the bluestone in assorted sizes and colours to portray stunning likenesses – all named from the Old Testament – of family members, friends, and even the occasional accompanying dog or cat…” (adapted from amazon.com description) 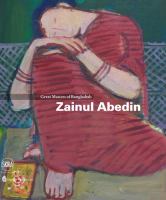 Zainul Abedin / edited by Rosa Maria Falvo, with essays by Abul Monsur, Nazrul Islam, and Abul Hasnat.
“Zainul Abedin (1914-1976), reverently called the Shilpacharya or guru of art, is the architect of the modern art movement in Bangladesh, which began with the setting up of the first Government Art Institute in Dhaka in 1948. For his devotion to art education and his visionary and artistic achievements he has always been the undisputed protagonist of the Bangladeshi modern art scene. This book showcases Zainul Abedin’s work over a period of 40 years, with more than 200 colour and black and white plates illustrating his special relationship with his country, from various artistic, social, and political perspectives. This ground-breaking work retraces his personal vision and provides the best interpretative angles into a culture and reality that has been often overlooked and even misunderstood in the West. Abedin’s humanitarian stance and his commitment to art forged the way for an entire generation of Bangladeshi contemporary artists”
(adapted from amazon.com description) 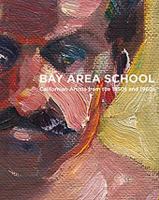 The Bay Area School : Californian artists from the 1950s and 1960s / Thomas Williams.
“Tracing the development of Abstract Expressionism and the counter-blast of Figurative art on the West Coast of America during a decisive period, this important publication marks a milestone in the on-going understanding of the post-war art scene in the United States. The movement had its origins in the art schools of San Francisco and Berkeley in the early 1940s and rose to prominence in the 1950s as a major challenge to the dominance of New York. Starting with the work of the ‘first generation’ artists, such as David Park and Richard Diebenkorn, whose pioneering images explored both figuration and abstraction, the movement’s ‘bridge’ and ‘second’ generation artists, including Paul Wonner and Joan Brown, also feature. Including insightful discussions regarding the importance of drawing as a group activity, The Bay Area School skilfully presents a thorough survey of key works of the period and successfully argues the mutual influence of abstraction and figuration during this critical period, demonstrating, in turn, the continued importance of the these artists today” (amazon.com description)