Featuring the U.S. car industry, classic cars (an encyclopaedia!), and… build your own electric car? (If you do this using this book, we would love to hear about it!)

Weird cars : a century of the world’s strangest cars / Stephen Vokins.
“This marvellous book, now updated as a second edition in a new paperback format, is a celebration of eccentric cars in all shapes and sizes – some of the most ugly, crazily designed and downright awkward vehicles of all time. Where else would you find, in one book, descriptions and photographs of automotive oddities as diverse as the Gaylord Gentleman, Suminoe Flying Feather or Zil?” (Syndetics summary)

Chevrolet, 1960-2012 / Michael W.R. Davis.
“…From 1960 to 2012, the US auto industry and Chevrolet experienced fundamental changes in their products and business plans. In the 50-plus years illustrated here, two basic changes in the marketing of motor vehicles is evident: the rising proportion of trucks among all vehicles sold and the incursion of European and Asian brands into the
market. Even though the number of different Chevrolet passenger car models tripled, total car sales for the brand fell. Chevrolet: 1960-2012 relates the year-by-year evolution of the US auto business via what was once the largest-selling make.” (adapted from Syndetics summary) 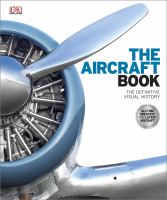 The aircraft book : the definitive visual history / [senior project editors: Sam Atkinson, Jemima Dunne ; photographer: Gary Ombler].
“This title is all about the men, machines, and landmark technology behind the most iconic aircraft from the Supermarine Spitfire to the Concorde. Featuring over 1000 of the greatest military and commercial aircraft in the world, this is an amazing visual guide tracing their evolution over the past 10 decades.” (Syndetics summary) 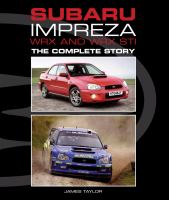 Subaru Impreza WRX and WRX STI : the complete story / James Taylor.
“Few cars in modern times have caused as much of a stir as the turbocharged Subaru Impreza. It came from nowhere at the start of the 1990s to claim three successive World Rally Championships for its makers in the middle of that decade, and went on to become an enthusiasts’ car thanks to is affordability, high performance – and, of course, the glorious exhaust note of its unusual flat-four ‘boxer’ engine.” (Syndetics summary) 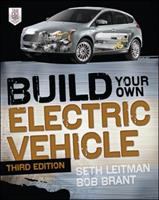 Build your own electric vehicle / Seth Leitman, Bob Brant.
“Thoroughly revised and expanded, Build Your Own Electric Vehicle, Third Edition, is your go-to guide for converting an internal combustion engine vehicle to electric or building an EV from the ground up. You’ll also find out about the wide variety of EVs available for purchase and how they’re being built. This new edition details all the latest breakthroughs, including AC propulsion and regenerative braking systems, intelligent controllers, batteries, and charging technologies.
Filled with updated photos, this cutting-edge resource fully describes each component—motor, battery, controller, charger, and chassis—and provides illustrated, step-by-step instructions on how to assemble all the parts. Exclusive web content features current supplier and dealer lists. Custom-built for environmentalists, engineers, students, hobbyists, and mechanics, this hands-on guide puts you in the fast lane towards a cost-effective, reliable green machine.” (adapted from Syndetics summary) 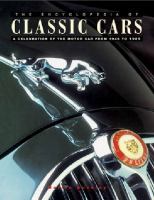 The encyclopedia of classic cars : a celebration of the classic car from 1945 to 1985 / Martin Buckley.
“This is the ultimate guide to the automobile, in the defining years from 1945 to 1985, the period that for many marks the pinnacle in automative engineering and design style. Full descriptions, history and technical information accompany every entry, making this a most authoritative and comprehensive guide. The history of the development of the car is covered in detail the milestone models, leading designers, engineers and manufacturers and the evolution of the classic car. This book is a definitive gallery of classic cars, and the ultimate reference for every enthusiast, collector and lover of this miracle of modern engineering.” (Syndetics summary) 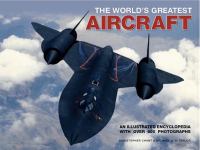 The world’s greatest aircraft / Christopher Chant.
“An illustrated guide to some of the planet’s most powerful aircraft, with more than 900 stunning colour and black and white photographs and diagrams.
Takes you through the history and evolution of civil, military and specialized aircraft, from the first bombers of World War II to commercial turbo-jet powered airliners… (Book jacket) 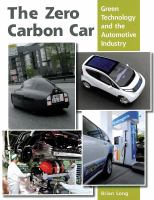 The zero carbon car : green technology and the automotive industry / Brian Long.
‘”The Zero Carbon Car examines the hundreds of ways in which car manufacturers are trying to reduce our carbon footprint, and the adaptation of the automotive industry to changing technology in a world where environmental issues are becoming ever more prevalent. The book’s in-depth research into green car technology shows that manufacturers make concerted efforts, but sometimes also defeat the gains of their innovation.”–Publisher’s description.” (Syndetics summary)

The DeLorean story : the car, the people, the scandal / Nick Sutton.
“This is the inside story of the DeLorean saga written by a senior manager who worked with the company from beginning to end and saw it all. The short life of the DeLorean DMC-12 sports car – a vision of the future with its gullwing doors and stainless steel body – began after John DeLorean secured financial backing from the British government for his car-making venture in Northern Ireland. Four years and nearly 9,000 cars later the company went bust and DeLorean faced questions about fraud against the British taxpayer, and his big ally, Colin Chapman of Lotus, also drew scrutiny. As an insider’s account, this book contains a great deal of new information about the DeLorean scandal.” (Syndetics summary) 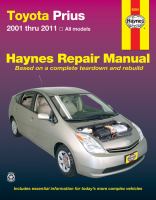 Toyota Prius automotive repair manual / by Tim Imhoff and John H. Haynes.
“With a Haynes manual, you can do it yourself…from simple maintenance to basic repairs. Haynes writes every book based on a complete teardown of the vehicle. We learn the best ways to do a job and that makes it quicker, easier and cheaper for you. Our books have clear instructions and hundreds of photographs that show each step. Whether you’re a beginner or a pro, you can save big with Haynes!” (adapted from Syndetics summary)