Photography has the ability to take many forms and is often mistaken for the subject it depicts. Le Corbusier knew that very well and made the most of what at the beginning of his career was a new medium. Architecture, being such a visually striking field, was destined to have an strong relashionship with the medium. Another such match made in heaven is that of fashion and photography. The latest anthology on fashion photography featured this month is a testament to this marvellous interaction, fashion designers almost creating to court the camera and the camera in turn, revelling in the curves, folds, textures and shapes at play.  We  review works of master photographers such as Helmut Newton and Bill Brandt but also the first monograph dedicated to the young Ryan McGinley, a new comer set to become one of the greats of his generation. Two books revealing some of the prowesses made possible with todays’ technologies completes this month’s “picture”. 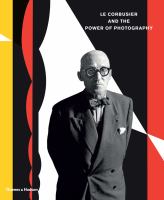 Le Corbusier and the power of photography
“Le Corbusier’s development was inextricably connected to the rise of the centurys most popular visual medium: photography. Marking the 125th anniversary of the architects birth in La Chaux-de-Fonds, Switzerland, this remarkable book traces the many ways in which he used photography to define and disseminate his work and ideas around the world. This unique portrait presents the architect and his work in six chapters, each by an expert in a particular facet of Le Corbusiers work: a photographic biography; his secret travel photographs; the ways in which the architect used photography for promotion; an examination of his approach to the printed page; an overview of his use of large-scale imagery in his buildings and exhibitions; and contemporary photographic interpretations of his work. Because Le Corbusiers buildings are usually shown in a documentary manner, the candid, personal, artistic and often unexpected images that appear in this volume offer new insights and ways to appreciate the facets of the man behind his works.” (From Amazon.co.uk) 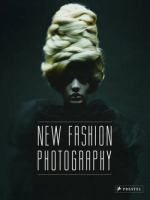 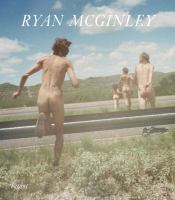 Whistle for the Wind
“In 2002, two years after Ryan McGinley, then a student, staged his first exhibition of photographs in a SoHo gallery, he created inexpensive handmade books of a sampling of his work titled The Kids Are Alright. Those books eventually found their way to Sylvia Wolf, then curator of photography at the Whitney Museum of American Art in New York, who gave him a solo show a year later, making him the youngest artist to have a one-person exhibition at the museum.
What critics, curators, and collectors would quickly discover was an artist who understood and chronicled his own generation as no other had. Compared early on to masters of photography and film, such as Nan Goldin and Larry Clark, McGinley’s early work documents the lives of his friends—the hedonistic exploits of youth culture but without the dark undertone of earlier artists who mined similar themes. As he evolved, he began to create scenarios where he could explore different ideas (aesthetic and otherwise), and this led to his infamous summer-long road trips, which he conducted for five years, capturing a myriad of twentysomethings enjoying each other and their surroundings. In addition to these seminal works, McGinley is known for his chronicling of the singer Morrissey’s sold-out tours around the world. This is the first major volume on this important and prolific artist, featuring the most comprehensive selection of his work.”(From publisher) 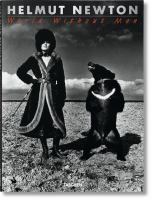 Helmut Newton – World without men
“Taken between the mid 1960s and early 1980s, this selection of Newton fashion editorials—one of the first books he ever published—is accompanied by journal entry-style texts by Newton providing anecdotes and describing the circumstances of each shoot. On every page is evidence of Newton‘s groundbreaking vision that transformed fashion photography—an influence that can still be seen today in the pages of the greatest fashion magazines.” (From publisher) 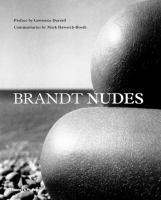 Brandt Nudes
“Few photographers have spanned the genres from photojournalism to true artistic endeavor as completely as Bill Brandt. Yet Brandt’s journalism was never strictly reportage; all his work reflected a clear artistic purpose. His qualities as an artist were never better expressed than in his series of nudes, photographed in the studio and on location over a period of thirty-five years. He published that work in two justly famous books: Perspective of Nudes (1961) and Bill Brandt Nudes (1980). Now the oeuvre has been brought together in a single volume in Brandt Nudes: A New Perspective, previously published only in a limited edition. This book reflects Brandt’s original selection and organization of the images. Each of the sections is introduced with a succinct and revealing essay on the work by Mark Haworth-Booth.”(From publisher) 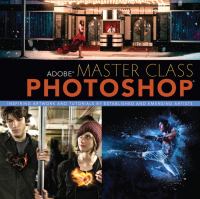 Adobe Master Class Photoshop
“This beautiful art showcase book from Adobe Press features 30 established and emerging Photoshop artists, their masterful work, and tutorials demonstrating their techniques for using Adobe Photoshop. Curated by renowned photographer and educator Ibarionex Perello, this book features an inspiring collection of innovative Photoshop artists and their amazing artwork. The images represent a mix of techniques and styles and are field-defining works that demonstrate technical excellence and awe-inspiring aesthetics. Readers will also appreciate the artists’ commentary about their inspiration and philosophy about their art. In addition to the art showcase, this book includes several tutorial projects that teach techniques for working in Photoshop. The how-to content, comprising 25 to 30 percent of the book, is based on general Photoshop features, so this book can be useful for users of recent and future versions of the Photoshop software.” (From amazon.com) 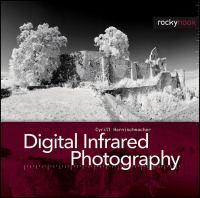 Digital Infrared Photography
“This compact guide to infrared photography shows the beauty of infrared imagery, but also teaches how to capture these images with your digital camera. The book provides the basic theoretical background, information on cameras, filters and equipment, and lots of guidance on how to do infrared photography.” “This beautifully designed and illustrated book is the perfect companion for the aspiring photographer wanting to explore new photographic territories.” Book jacket.