Welcome to our Aotearoa newsletter. This month we have a good selection of books that you will enjoy. April is also the month of the 45th anniversary of the Wahine disatser. Check our Heritage topic on the subject, as well as other sites such as DigitalNZ, NZonScreen, NZ History Online, and Te Ara.

This month the New Zealand Collection features history of Antarctica and also some great new and revised New Zealand history. This includes an item that focuses on teaching history to secondary school students. The last book is a study of issues faced by whānau in Māori education.

A history of Antarctica / Stephen Martin.
“This revised and expanded book – first published in 1996 – traces the patterns of human activity in Antarctica, from the southern journeys of the 16th century to the modern expeditions of adventurers and tourists. Using material from diaries, letters, and fresh research, the book illuminates the main themes of Antarctic history with the personal stories and images of the men and women who explored, worked, and lived in this frozen and remote continent. The book examines such topics as the early Polynesian explorers, the amazing diversity of flora and fauna, the detailed geological features, etc. A History of Antarctica is about the people of Antarctica – those who have chosen to endure the risks and enjoy the rewards of conquering the world’s most forbidding land.”(Syndetics summary)

Surveying the Antarctic : the New Zealand Geological Survey Antarctic Expedition 1957-1958 / Eugene Brian Fitzgerald.
“This volume is the story of the first New Zealand Official Government Expedition to Antarctica. It is based on the diary, notes and memory of the author, together with the letters and accounts written by other members of the expedition.” (Syndetics summary)

Images from Albertland : Harold Marsh, 1876-1948 / Paul Campbell.
“William Harold Marsh, farmer, father and adventurous photographer captured a time of enchantment, when life was lived at a slower place, governed by a different set of values and priorities and ambitions. One of the first generation of those immigrants who sailed around the world to settle in Albertland, 70,000 coastal acres on the Kaipara Harbour, in Northland, New Zealand, he has left a legacy of those times, a window into the past for those yet to come.” (Syndetics summary)

Three books this month give us snippets and stories of the land. There is the walking tour of 200 sites throughout New Zealand, a story of the gifting of Lake Wairarapa, along with the background environmental, archaeological “moulding of its landscape”, and then the account of the settlement and development of Hokowhitu in Palmerston North. A fascinating special issue of NZJES discusses Kaupapa Māori. 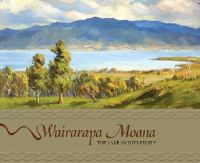 Wairarapa Moana : the lake and its people / general editor: Ian F. Grant.
“Wairarapa Moana tells the story of the North Island’s largest lake complex from the mists of Māori myths to the realities of today’s environmental problems. Thirteen contributors … have written about Māori and Pākehā history, the area’s archaeology and the moulding of its landscape , the control of water in Wairarapa Moana’s complex of lakes, rivers and wetlands, about the diverse and sometimes rare fauna and flora, and about the clashes between European farming and Māori cultural values. Most significantly, there is also the little known saga of the Māori gifting of Lake Wairarapa to the Crown in 1896, the subsequent trail of broken promises and deceit until, finally, the people of Wairarapa Moana triumphed with their successful development of the Pouākani lands in the Waikato”–back cover

Hokowhitu : the story of settlement and development / Garry O’Neill.“Hokowhitu tells the story of settlement in pre-European times, and the reserve land retained by the Rangitāne when the Government purchased Te Ahu-a-Turanga block of land in 1864. As the township of Palmerston North developed the Māori Reserve was subdivided ito seven blocks and allocated to the principal families of the Rangitāne. Each family negotiated the rights to mill the trees”–Preface, p. 4.

Below is a selection of the latest history books we have received in March. It is an ecclectic mix that deserves your attention!

Ike and Dick : portrait of a strange political marriage / Jeffrey Frank.
“Examines the relationship between Dwight Eisenhower and Richard Nixon, from the politics that divided them to the marriage that united their families. Despite being separated by age and temperament, their association evolved into a collaboration that helped to shape the nation’s political ideology, foreign policy, and domestic goals.” (Syndetics summary)

The birth of the West : Rome, Germany, France, and the creation of Europe in the tenth century / Paul Collins.
“The tenth century dawned in violence and disorder. Charlemagne’s empire was in ruins, most of Spain had been claimed by Moorish invaders, and even the papacy in Rome was embroiled in petty, provincial conflicts. To many historians, it was a prime example of the ignorance and uncertainty of the Dark Ages. Yet according to historian Paul Collins, the story of the tenth century is the story of our culture’s birth, of the emergence of our civilization into the light of day. The Birth of the West tells the story of a transformation from chaos to order, exploring the alien landscape of Europe in transition. It is a fascinatingnarrative that thoroughly renovates older conceptions of feudalism and what medieval life was actually like. The result is a wholly new vision of how civilization sprang from the unlikeliest of origins, and proof that our tenth-century ancestors are not as remote as we might think.” (Syndetics summary)

The presidents club : inside the world’s most exclusive fraternity / Nancy Gibbs and Michael Duffy.
“The Presidents Club, established at Dwight Eisenhower’s inauguration by Harry Truman and Herbert Hoover, is a complicated place: its members are bound forever by the experience of the Oval Office and yet are eternal rivals for history’s favor. Among their secrets: How Jack Kennedy tried to blame Ike for the Bay of Pigs. How Ike quietly helped Reagan win his first race in 1966. How Richard Nixon conspired with Lyndon Johnson to get elected and then betrayed him. How Jerry Ford and Jimmy Carter turned a deep enmity into an alliance. The unspoken pact between a father and son named Bush. And the roots of the rivalry between Clinton and Barack Obama.
Timemagazine editors and presidential historians Nancy Gibbs and Michael Duffy offer a new and revealing lens on the American presidency, exploring the club as a hidden instrument of power that has changed the course of history.” (Syndetics summary)

Rock climbing, running, Texas hold’em, tango, kung fu, and judo are a few of the subjects covered in this month’s selection of Recent Picks.

The Fastest Man Alive : the true story of Usain Bolt / Usain Bolt with Shaun Custis.
“A skinny kid from the Jamaican parish of Trelawny, Usain Bolt’s life changed in August 2008 when the Olympic 100-meter starter pistol was followed just 9.69 seconds later by his streak across the finish line and the first of his three gold medals was placed around his neck. In this illustrated celebration of his influences,background, and career trajectory, Bolt shares his story of growing up playing cricket and soccer, and discovering that he could run very fast. He shares stories of his family, friends, and the laid-back Jamaican culture, and reveals what makes him tick, where he gets his motivation, and where he takes his inspiration. He tells of the dedication and sacrifices required to get to the top, and also discusses fast food, partying, music, fast cars, and that signature lightning bolt pose.” (Global Books) 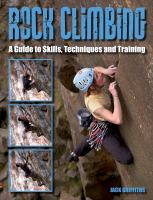 Rock Climbing : a guide to skills, techniques and training / Jack Griffiths.
“A comprehensive guide for both novice climbers starting out in the sport, and experienced climbers who want to improve their rope work, technique and knowledge of rock climbing.” (Global Books) 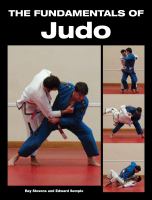 The Fundamentals of Judo / Ray Stevens and Edward Semple.
“An instructional book that gives an in-depth analysis of some of the core techniques that define Judo as a fighting art and how students should practise and develop these key skills….. Ray Stevens is a 6th Dan in Judo and has a long and distinguished competitive record for Judo. Edward Semple is a British Judo Association coach, an Amateur Boxing Association instructor and holds a Judo Black Belt.” (Global Books)