Earlier this month, we asked our colleagues what their favourite New Zealand book was – here are the results:

Dreamhunter / Elizabeth Knox.Dreamhunter
“I think I would have to say it’s Elizabeth Knox’s Dreamhunter, I read it when I was 17 and still remember parts of it vividly, and keep wanting to read it again!” (Ottilie)

Reach / Hugh Brown.
“It is such a wonderful story about growing up in NZ” (Dani)

Potiki / Patricia Grace.
“For me, it would probably have to be Potiki by Patricia Grace. It opened a window into a different world for me, one I have been learning about ever since. It is beautifully written and I’ve reread it 4 times, which is very unusual for me!” (Pippa)

Work in progress / by Paul Thomas.
“I really like Paul Thomas’ “Work in Progress”. Its an old one though. What I like about it is the way he writes about day to day things with wit and humour and ravishing honesty.” (Kim)

It’s love, isn’t it? : the love poems / Alistair Te Ariki Campbell and Meg Campbell ; with an introduction by Joy MacKenzie.
“Poetic tit for tat as Alistair and Meg, often on opposing pages, write poetry on the same events in their life but from, of course, differing and often completely opposite points of view. Affirming and heartbreaking.” (Monty) 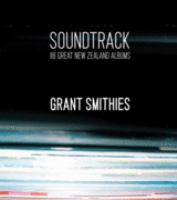 Soundtrack : 118 great New Zealand albums / Grant Smithies.
“Why? Because the author’s choice of records highlights the eclectic range of music that NZ is famous for……and because he writes about each album in an engaging and highly entertaining style.” (John)

Faces in the water
“I think Faces in the Water by Janet Frame needs to be on the list if it’s not already!” (Emily)

Memé : the three worlds of an Italian-Chinese New Zealander / Memé Churton.
“A NZ book that I enjoyed reading and was really touched by its narrative is the biography titled, ‘Memé: the three worlds of an Italian-Chinese New Zealander’ by Memé Churton.  Memé married a New Zealander after the 2nd WW and ended up settling in Auckland in the 1950’s. Her life story is set against a dramatic backdrop of history and was shaped by her dynamic personality and the lives of the people who crossed her path. The story has impressed me as I can so very much relate to Memé’s insights into the European lifestyle and family upbringing, and , I can also share her thoughts related to the culture shock that she experienced, when she first arrived in New Zealand. I would recommend this biography to those who love history, politics and intercultural relations.” (Celia)

The Halfmen of O / Maurice Gee.
“I really like the Halfmen Of O series by Maurice Gee. I remember listening to them on the radio when my children were small and they were just great stories.” (Sylvia) (Raewyn & Tamadea’s picks too)

The scarecrow / by Ronald Hugh Morrieson.
“My pick for fiction would have to be “The Scarecrow” by Ronald Hugh Morieson. It’s a savagely comic look at murder, sex, adolescence and family in a small New Zealand town during the Depression. Unlike a lot of New Zealand literature, it’s not dour or po-faced. The characters are brilliantly written, despite some of them being quite grotesque. It is also has probably the best opening line of any NZ novel: “The same week our fowls were stolen, Daphne Moran had her throat cut. ” It really sets up the wonderful mixture of murder and the mundane that run through the entire novel.” (Nicola)

The Godwits Fly by Robin Hyde
“A wonderful work of New Zealand literature which evocates a vivid image of early 20th Century Wellington with all its sights, smells and characters.” (Gabor)

Daylight / Elizabeth Knox.
“Randomly, probably something by Elizabeth Knox, probably Daylight (everyone else would say The Vintner’s Luck maybe – I even prefered The Angel’s Cut to TVL).” (Bridget)

Sons for the return home / by Albert Wendt.
“My new favourite is already a classic – Sons for the Return Home, by Albert Wendt, which despite having two degrees in English I read for the first time only this year.  I like it for its vivid and bittersweet romance (I’m a sucker) and also the specificity of the largely Wellington / Victoria University setting. Although named locations are kept to a minimum in keeping with the book’s light touch, it’s easy to follow the characters as they move from Rankine Brown quad to the Mount Street Ceremony, drive out to Newtown and catch the cable car to Upland Road – the very same streets we tread!

Unlike Australia and Canada, New Zealand as a post-colonial country doesn’t have much city-specific literature, but Sons for the Return Home does something to address that. It never makes the city ‘home’, however, and a large part of the story is addressing the issue of where, with whom, immigrant communities and the Pasifica protagonist can be at home. I loved it. ” (Frith)

Six little New Zealanders / by Esther Glen ; illustrated by Els Noordhof.
“If I’m allowed to mention two – I also recommend the mostly-forgotten Black Boots and Button-hooks series and Six Little New Zealanders – childrens’ books written in the first half of the 20th Century and set in pioneer and colonial times. Black Boots and Buttonhooks is much like a New Zealand version of Little House on the prairie – based on the real childhood of the authors mother in the un-colonised King Country. It’s well worth a read!” (Frith)