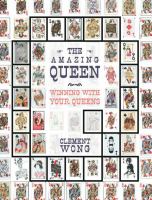 The Amazing Queen : Winning With Your Queens / Clement Wong.
“The first bridge book on winning by skillful bidding and play surrounding the queens from queen camouflage to queen sacrifice (both real and sham) to queen defence inspired by the author’s 1993 Bols Tip of Queening your Defence. Covers bidding, declarer play, opening leads and responses, exit cards, entries, and defense with strong trumps. Clear, to-the-point analyses of nearly 100 hands, many played by international experts.”–Publisher description. 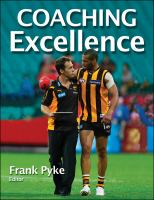 Coaching Excellence / Frank Pyke, editor.
“No single resource can convey everything that a coach should know and do. So Coaching Excellence does the next best thing: it builds on the basics to provide you with a wealth of information so you can become more adept in your role as an excellent coach. Eighteen experts offer the best knowledge, research and insights that you can apply in working with your athletes, players and teams.” (Global Books) 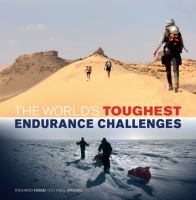 The World’s Toughest Endurance Challenges / Richard Hoad and Paul Moore.
“The World’s Toughest Endurance Challenges is a truly inspiring and beautiful collection of what we can achieve when racing to the limits. With full-colour stunning photography, coverage of every detail of these cruel challenges and including accounts of competitors who have lived to tell the tale, this book is a wonderful testament to those who face Mother Nature and survive.” (Library Catalogue) 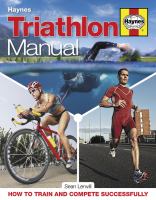 Triathlon Manual / [Sean Lerwill].
“Consisting of running, swimming and cycling, triathlon has increased in popularity over the past five years and is now one of the most popular methods of getting fit in the UK. This manual looks at each aspect of the triathlon as an individual discipline before combining all three. People often come to the sport with experience of one discipline, such as running, and then master the other two afterwards – so an all-encompassing book would target a wide range of people. Key chapters include kit and equipment, warm-ups and cool-downs, training programs, psychology, nutrition, injuries and types of competitions – including the grueling Ironman. The manual provides basic information on every aspect, and actively encourages readers to train and gain a real sense of achievement!” (Global Books)

Poker : The Real Deal / by Phil Gordon and Jonathan Grotenstein
“Seizing on poker’s explosion in popular culture, Gordon (co-host of Bravo’s Celebrity Poker Showdown and two-time World Poker Tour champion) and Grotenstein offer an instructive overview of the game, lifestyle and culture that reaches beyond dry technicalities….All in all, this is an excellent primer for those who are serious about studying the game and sitting next to the high rollers. (Oct.) Copyright 2004 Reed Business Information.” (Publisher Weekly)

Silent Mind Golf : How to Empty Your Mind and Play Golf Instinctively / Robin Sieger ; foreword by Tony Jacklin.
“Imagine being able to achieve the perfect mental state to make your best possible swing over every shot. Being fearless at critical putts and stepping up with an inner calm that allows you to play great golf every time you stand over the ball.Now, Silent Mind Golf , the first in a major four-book series from Robin Seiger, removes the mystery behind the mental prowess that lies at the heart of peak performance….free of jargon, with easy-to-follow exercises and inspiring examples drawn from the lives of golf’s greatest players, this unique book will be your guide to developing the single most neglected, least understood and ultimately decisive dimension of the game: mental strength.” (Global Books) 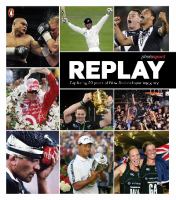 Ride : from ultra-cycling rookie to racing across America / Josh Kench.
“At his brother’s wedding in 2002, 30-year-old Josh Kench … announced that he was going to do the Coast to Coast. His pronouncement was met with derision but he’s proved his doubters wrong. Josh won the 2010 Ultra-enduro Lake Taupo Cycle Challenge covering a mind-numb[ing] 8 laps of the 160km course in 55 hours. But that was only the start. In June 2011, the 39-year-old Wellington plumber lined up to compete in the Race Across America – a 16-day race covering 4828km from California to Maryland. This is the story of how an ordinary Kiwi bloke became an ultra-endurance athlete and decided to take on the world”–Publisher’s information.

The Tao of Gung Fu : a study in the way of Chinese martial art / Bruce Lee ; edited by John Little.
“This is the book that Bruce Lee had intended to publish as an in-depth follow up to his Chinese Gung Fu. Prior to his death, he had written the majority of the text, which explores such topics as yin-yang as it applies to martial arts, Eastern and Western fitness methodologies, and studies of martial arts and self-defense techniques. Also included is Bruce Lees Gung Fu scrapbook of anecdotes on the histories and traditions of the various martial arts of China. The manuscript was completed and edited by martial arts expert John Little in cooperation with the Bruce Lee Estate.” (Syndetics summary)

Superfly : The Jimmy Snuka Story / Jimmy Snuka with Jon Chattman.
“Focusing on the superstar who single-handedly influenced the development of sports entertainment, this autobiography highlights the legacy of World Wrestling Entertainment (WWE) icon Jimmy Snuka….This fascinating account relates how a native of the Fiji Islands was at the center of two of wrestling’s most talked-about moments: the night Snuka leapt from the top of the 15-foot cage–only to miss his opponent and consequently lose the match–and the night Rowdy Roddy Piper smashed a coconut over Snuka’s head during a segment of Piper’s Pit in 1984. Exposing the amazing life of this WWE Hall of Fame member in detail, this record presents the ups and downs of a wrestler who grew to be a key figure in the expansion of the company and all professional wrestling”– Provided by publisher.

Bradman’s War : How the 1948 invincibles turned the cricket pitch into a battlefield / Malcolm Knox.
“Hailed as one of the greatest cricket teams of all time, the 1948 ‘Invincibles’ are the only Australians to complete a tour of England undefeated….In his revelatory account of the legendary tour, Malcolm Knox lays bare the shock among the fans, commentators and players’; from both teams at Bradman’s single-minded on- and off-field tactics, as he exacted revenge for pre-war slights he was unable to shake off in his pursuit of history….The Invincibles is more than a record of an extraordinary cricket achievement….it also prompts reflection on what place entertainment and inspiration have in competitive sport.” (Global Books)