From this month title, one could wonder whether this post is really about photography, or whether I am taking a cynical view of the role of photography. The truth is, photography as this month’s post will demonstrate, allows us to delve in the wonders of the universe around us, thanks to the technological feats of space travel. It also gives the most creative amongst us, the license to create a world of fantasy and extravagance, by arranging, composing, altering, juxtaposing, hiding and revealing, collaging and using any other clever means to create the desired image. The issue of photography and truth has long been debated. Even the “straightest” photograph is in some way a manipulation of reality. So once we are at peace with this fact, we can explore the world of possibilities at our disposal as some of this month’s books illustrate brilliantly. 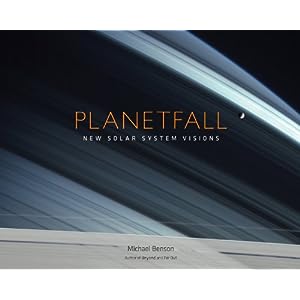 Planetfall
“Thanks to the photographic output of a small squadron of interplanetary spacecraft, we have awakened to the beauty and splendor of the solar system. Since Michael Benson’s masterful book Beyond: Visions of the Interplanetary Probes, new, more powerful cameras in probes with greatly improved maneuverability have traversed the wheeling satellites of Jupiter; roamed the boulder-strewn red deserts of Mars; studied Saturn’s immaculate rings; and shown us our own ravishing Earth, a blue-white orb with a disturbingly thin atmosphere, as it plunges deeper into ecological crisis. Benson takes raw data from NASA and European Space Agency archives and processes it, creating large-format landscapes. He edits, composites, then frequently mosaics, and then finally optimizes these images, producing seamless digital C prints of landscapes beyond direct human experience. These new images are the subject of Benson’s Planetfall, a truly revelatory book that uses its large page size to reproduce the greatest achievements in contemporary planetary photography as never before”. (Adapted from publisher)

For a comprehensive review of the book, you may want to read Rebecca J. Rosen’s article in The Atlantic, complete with photographs and a link to Michael Benson’s current exhibition at the Hasted Kraeutler gallery in New York.

And on the subject, if you have missed the beautiful moonrise over Wellington on 29 January, here is an amazing video of the celestial display. 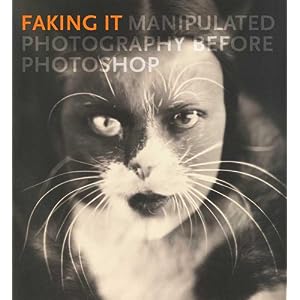 Faking it – Manipulated Photography before Photoshop
“It is a long-held truism that ‘the camera does not lie’. Yet, as Mia Fineman argues in this illuminating volume, that statement contains its own share of untruth. While modern technological innovations, such as Adobe’s Photoshop software, have accustomed viewers to more obvious levels of image manipulation, the practice of “doctoring” photographs has in fact existed since the medium was invented. In “Faking It”, Fineman demonstrates that today’s digitally manipulated images are part of a continuum that begins with the earliest years of photography, encompassing methods as diverse as overpainting, multiple exposure, negative retouching, combination printing, and photomontage. Among the book’s revelations are previously unknown and never before published images that document the acts of manipulation behind two canonical works of modern photography: one blatantly fantastical (Yves Klein’s “Leap into the Void” of 1960); the other a purportedly unadulterated record of a real place in time (Paul Strand’s “City Hall Park” of 1915). Featuring 160 captivating pictures created between the 1840s and 1990s in the service of art, politics, news, entertainment, and commerce, “Faking It” provides an essential counterhistory of photography as an inspired blend of fabricated truths and artful falsehoods.”–Publisher’s website. 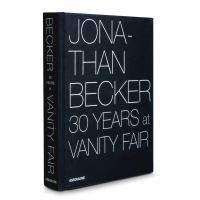 Jonathan Becker – 30 years at Vanity Fair
“Over three decades with Vanity Fair, Jonathan Becker has photographed some of the most fascinating characters from the rarefied worlds of art, literature, politics, pop culture, and society, capturing the personality and individuality of the subjects he celebrates. Assignments for the magazine have dispatched Becker far and wide—from the Amazonian jungle to Buckingham Palace”. (from amazon.com)

For a sneek peek of the photographs collected in this mammoth of a book, visit the Vanity Fair’s slideshow dedicated to this new publication. 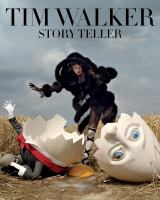 Tim Walker, Story Teller
“Famed fashion photographer Walker shares a new collection assembled from the world’s most famous magazines (including Vogue, Vanity Fair, W, the New Yorker, a follow-up to 2008’s Pictures, which you can also find in our collection timed to coincide with a major exhibition at Somerset House in London, that will be held until end of January 2014 (for those who might be heading that way in the coming 12 months). Aided by an introduction by Robin Muir, foreword by Kate Bush, and Walker’s own afterword, these extravagantly choreographed, fantastical images never fail to deliver a jolt. They are usually disconcerting, and often have a downright wonderful sense of humor and play, as in a human windup doll. A holdout for shooting on film, Walker has an uncanny gift for stretching a moment and playing with time. This strength perhaps explains the cheeky dignity he lends his elderly subjects, whose portraits temper Walker’s usual archness with a welcome humanity. His images are stunningly vivid, sometimes over-bright in the manner of Avedon, whom Walker assisted. Many of his models wear facial expressions so flat and affect-free as to appear proxies for mannequins, suspended between worlds and struck hollow in the process. Like Avedon, Walker knows how to strip the human face of warmth to electrifying effect, and that tension between these macabre, morose faces and the comic elements in Walker’s visions gives the work its dynamism. This unresolved tension, always at the heart of Walker’s work, makes it perpetually thrilling. 170 color illus. (Adapted from Publishers weekly). 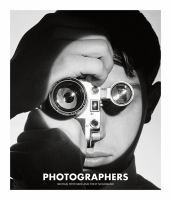 Photographers / Michael Pritchard and Tony Nourmand.
“Photographers celebrates some of the men and women behind the camera. They range from press photographers and photojournalists from Life and Picture Post magazines to studio and fashion photographers such as Avedon and Bailey. Some of the greatest names from twentieth century photography are shown with their Leica, Nikon, Rolleiflex and Speed Graphic cameras taking pictures of film stars such as Marilyn Monroe, Audrey Hepburn and John Wayne and pop stars such as the Beatles – as well as self-portraits and pictures of their contemporaries”–Cover.(Syndetics summary)