November is gone and it’s time to put the Christmas tree up and to look for those Christmas presents. Check out Beattie’s Book Blog: The 10 Best Books of 2012, The Listener’s The 100 best books of 2012, and The New Zealand Herald’s Best books – an epic Christmas list for book buying ideas for family and friends. Wellington City Libraries also have concessions cards available for purchase: a great gift for keen library users.

The New Zealand Collection has some fascinating new arrivals this month and includes some beautifully illustrated books. Leading the way is the new edition of Buller’s Birds of New Zealand. There is also the story of Moa, a celebration of New Zealanders who dared to dream and a boxing scrapbook about the sport of boxing in New Zealand. In Born to a Changing World the experience of childbirth in nineteenth century New Zealand is narrated from letters and diaries. 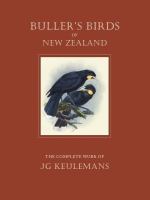 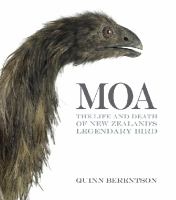 Moa : the life and death of New Zealand’s legendary bird / Quinn Berentson.
“The moa were the most unusual and unique family of birds that ever lived, a clan of feathered monsters that developed in isolation for many, many millions of years. They became extinct reasonably quickly after the arrival of the Maori, and were a distant memory by the time European explorers arrived. So the discovery and identification of their bones in the 1840s was a worldwide sensation, claimed by many to be the zoological find of the century. This book begins by recounting the story of discovery, which was characterised by an unbelievable amount of controversy and intrigue. Since then there has been an unbroken chain of new discoveries, culminating with intriguing revelations in recent years about the moa’s biology, that have come to light through DNA testing and radio-dating. This is a fascinating and important book that richly recounts the life and death of our strangest bird. Packed with a fantastic range of illustrations, MOA fills an important gap in our natural history literature, a popular but serious book on this national icon”. (Syndetics summary)

Born to a changing world : childbirth in nineteenth-century New Zealand / Alison Clarke.
“Emerging from diaries, letters and memoirs, the voices of this remarkable book tell a new story of life arriving amidst a turbulent world. Before the Plunket Society, before antibiotics, before ’safe’ Caesarean sections and registered midwives, nineteenth century birthing practice in New Zealand was typically determined by culture, not nature or the state. Alison Clarke works from the heart of this practice, presenting a history balanced in its coverage of social and medical contexts. Connecting these contexts provides new insights into the same debates on childhood – from infant feeding to maternity care – that persist today. Tracing the experiences of Māori and Pākehā birth ways, this richly illustrated story remains centered throughout on birthing women, their babies and families”–Publisher information.

Tattooing seems to be a flavour of the month. There is a beautifully illustrated book of over 20 tattooists – including artists of tā moko, and tatau. As well, there are theses by Rawinia Higgins and Ridgely Dunn.

Mai i te kākano / nā Hēni Jacob.
“Mai i te Kākano aims to help Māori language speakers and learners sustain more animated, in-depth conversations in Māori. It gives examples of alternative and fun ways to say things in everyday situations. Included are sections on Māori idiom and metaphor, common errors, useful phrases, and examples of language in use in a vaiety of settings, including in the home, at the supermarket, at the beach, and on the sports field”–back cover.

New Zealand tattoo : in the home of the tattooist’s art / Chris Hoult ; text by Steve Forbes” [This book] presents the view from a cross-section of tattoo studios in 2012. Featuring photography of the tattooists and the tattooed, it profiles over 20 leading artists and gives insights into both the history and the renaissance of all three traditions: tā moko (Māori tattoo), tatau (Pacific Islands tattoo) and tattoo (European and Asian forms)”.–back cover.

If I only had time / John Rowles with Angus Gillies.
“Here [John Rowles] speaks candidly with Angus Gillies, noting the tremendous achievements as well as the pressures and mishaps along the way. An irrepressible optimist, John tells a story that’s full of humour and is hard to put down.”–inside jacket. An easy read, but fascinating tale of the boy from Kawerau who made it to London, Las Vegas, Hawai’i and everywhere in between.

Our new history books this month have something to interest everyone: Norse exporers, lady spies, retro Sydney, what it was to live when Shakespeare was about, and more. Happy reading!

Vikings / Neil Oliver.
“The Vikings famously took no prisoners, relished cruel retribution, and prided themselves on their bloody-thirsty skills as warriors. But their prowess in battle is only a small part of their story, which stretches from their Scandinavian origins to America in the west and as far as Baghdad in the east. As the Vikings did not write their history, we have to discover it for ourselves, and that discovery, as Neil Oliver reveals, tells an extraordinary story of a people who, from the brink of destruction, reached a quarter of the way around the globe and built an empire that lasted nearly two hundred years. Drawing on the latest discoveries that have only recently come to light, Neil Oliver goes on the trail of the real Vikings. Where did they emerge from? How did they really live? And just what drove them to embark on such extraordinary voyages of discovery over 1000 years ago? VIKINGS will explore many of these questions for the first time in an epic story of one of the world’s great empires of conquest.” (Fishpond)

Churchill’s angels : how Britain’s women secret agents changed the course of the Second World War / Bernard O’Connor.
“Over 70 female agents were sent out by Britain’s Special Operations Executive (SOE) during the Second World War. These women – as well as others from clandestine Allied organisations – were flown out and parachuted or landed into occupied Europe on vital and highly dangerous missions: their job was to work with resistance movements both before and after D-Day. Bernard O’Connor relates the experiences of these agents of by drawing on a range of sources, including many of the women’s accounts of their wartime service. There are stories of rigorous training, thrilling undercover operations evading capture by the Gestapo in Nazi-occupied France, tragic betrayals and extraordinary courage.” (Global Books In Print) 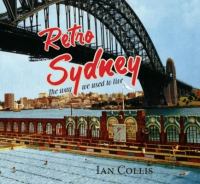 Retro Sydney / Ian Collis.
“Sydney in the 1950s and 1960s…This unique collection of vintage shots from amateur family photographers includes rare and never-before-seen material. It features timeless photographs of the stunning harbour and the creation of the Opera House, classic Royal Easter Show shots, the Queen’s visits and the pastimes the city loves – sport, recreation and fashion”–Back cover.

Arm-chair sports lovers – recline and enjoy reading about your favourite sports, be it sailing, tennis, cycling, game design, mountain climbing, kung fu, “glamping”, chess, walking. And the sports enthusiasts can find tips and tactics to improve their fitness and their game.

Ramble On : The Story of Our Love for Walking Britain / Sinclair McKay.
“…Ramble On, published to coincide with the 80th anniversary of the founding of the Ramblers ” Association, tells the story of how country walks and rambling were transformed from a small and often illegal pastime to the most popular recreational activity in the country. But the story of rambling is not so much about parliamentary acts as it is about the remarkable people who campaigned for (and in some cases against) the pastime….” (Global Books)

Can We Have Our Balls Back, Please? / Julian Norridge.
“How the British invented sport (and then almost forgot how to play it)”–Cover.
“From the beginnings of ‘the beautiful game’ – raucous matches of folk football with hundreds of players – to the original bowls (a thin excuse for drunken gambling), here is everything you need to know about the very British love of sports and all the great games it’s produced.” (Global Books) 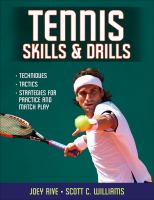 Tennis Skills & Drills / Joey Rive, Scott C. Williams.
Over 110 Proven Drills in “Tennis Skills & Drills “demonstrate appropriate technique with descriptions for players to master a skill and then use that targeted skill during competition. From singles and doubles coverage to movement and tactical drills, the comprehensive coverage and full-color photos will lead you to more victories on the court. -(Library Catalogue)