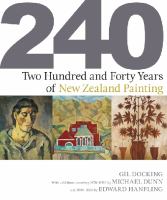 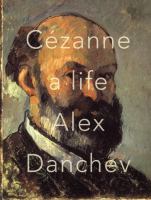 Cézanne : a life / Alex Danchev.
An assessment of the life and work of Paul Cézanne offers insight into his views about an artist’s role and his self-doubt about his own capabilities, demonstrating how his beliefs revolutionized the ways subsequent artists would see and depict the world. (from Syndetics summary) 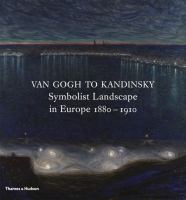 Van Gogh to Kandinsky : symbolist landscape in Europe 1880-1910 / Richard Thomson … [et al.].
A groundbreaking collaboration between the National Galleries of Scotland, the Van Gogh Museum in Amsterdam and the Finnish National Gallery, this catalogue accompanies the first exhibition dedicated to landscapes by the Symbolists, the innovative movement whose artists took a more imaginative and emotional approach to painting and embraced themes such as music, nationalism, science and modernity. It covers a wide range of artists, from forerunners of symbolism, like Bocklin and Whistler, to Mondrian and Kandinsky, who provided the impulse for major 20th-century movements, such as surrealism and abstraction… (adapted from Syndetics summary) 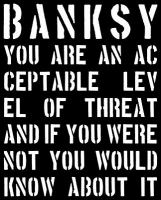 Banksy : you are an acceptable level of threat and if you were not you would know about it / [compiled and edited by Gary Shove ; words by Patrick Potter].
“The single best collection of photographs of Banksy’s street work. Period. You Are An Acceptable Level of Threat concentrates on this singular artist’s iconic imagery, spanning the late 90s up until NOW. The locations are from around the world (predominantly the UK, US and Europe), and many images have never been seen before. When Banksy started out painting, the political landscape was bleak. Fortunately now, it’s ten times worse. As Banksy’s cheerfully aggressive political work becomes ever more relevant, this comprehensive tome sets about presenting his art in the context of the era he was responding to” (adapted from amazon.com description) 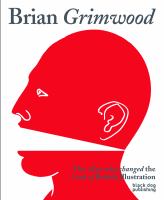 Brian Grimwood : the man who changed the look of British illustration.
“Celebrated illustrator and artist Brian Grimwood is often referred to as “the man who changed the look of British illustration”. His free and fluid style first characterised the visual culture of the 1960s in iconic images such as those he did for the influential magazine Nova… And as founder (in 1983) and Director of the Central Illustration Agency (CIA), London, Grimwood has also been pivotal in the promotion of the work of a host of illustrators from around the world, including Peter Blake, Jeff Fisher and Alan Aldrige-among the 80 or so illustrators on CIA’s books. With an ‘Introduction’ by Sir Peter Blake, this beautifully illustrated book is the first complete overview of Grimwood’s work, and serves to further reinforce his fundamental contribution to the changing face of illustration since the 1960s – both in Britain and internationally.” (adapted from amazon.co.uk description) 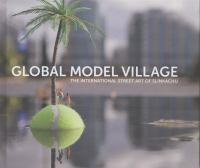 Global model village : the international street art of Slinkachu.“… Global Model Village collects together the international works of Slinkachu, the London-based artist who as part of his ‘Little People Project’ has been abandoning tiny model people on the mean streets of the world since 2006. Documented through photography, these little dramas of hope and tragedy, loneliness and humour somehow get to the heart of what it means to be human; to be alone among millions of other people, all experiencing the particular melancholy and magic of life in the big city.” (adapted from amazon.co.uk description)