Learning your ABCs and 123s is easy and lots of fun with these hilarious and entertaining books. 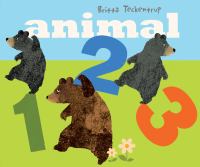 Animal 1 2 3 / Britta Teckentrup.
“Learn to count and make friends along the way with wriggly snales, marching elephants, creeping bears and dancing dragonsflies. Britta Teckentrup’s gorgeous illustrations are brought to life in this colourful book, which has a surprise around every corner.” (Art Gallery of NSW) 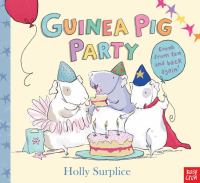 Guinea pig party / Holly Surplice.
“Based on traditional counting rhymes, this lively story from Scottish author/ illustrator Surplice features 10 guinea pigs going wild at a birthday party. “Ten little guinea pigs, dancing in a line./ Bump! go the guinea pigs, and then there are… [page turn] 9.” Like an Agatha Christie for toddlers, Surplice uses ingenuity and variety to get rid of her characters (gently) one by one. The first guinea pig departs after getting stuck with a “pin the tail on the donkey” pin, another leaves after bumping his nose during a “jump and dive” session on a pile of pillows, and another floats “up and up and up” holding onto a balloon. At the end of the party, the birthday boy, all alone, “makes a wish… And once more there are… ten!” Surplice differentiates the guinea pigs with capes, tutus, and other accessories (all wear brightly colored party hats) to aid children with counting; the pigs and their brightly colored toys, gift bags, and other party fare pop against the white backdrops. As energetic and entertaining as a party full of higgledy-piggledy toddlers.” (Publisher Weekly) 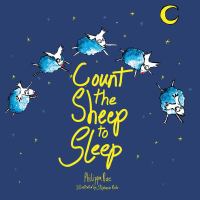 Count the sheep to sleep / Philippa Rae ; illustrated by Stéphanie Röhr.
“Philippa Rae’s sing-songy verse and Stephanie Rohr’s bright, whimsical illustrations provide a visual counting aid, as well as complete entertainment in the monments before bedtime. Count the sheep the sleep is sure to help children to fall asleep to their own leaping sheep, transforming bedtime from a struggle into a fluffy white parade!” (book cover) 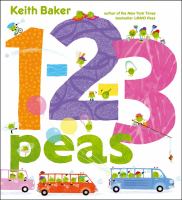 1-2-3 peas / Keith Baker.
“A welcome companion to Baker’s alphabet book, LMNO Peas (2010), this counting book features a large cast of the same odd but charming little characters: green peas with skinny arms and legs, occasional footwear or headgear, and abundant energy……. Children will enjoy finding the right number of characters in each scene in this inviting introduction to counting.” (adapted from Booklist) 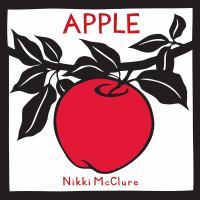 Apple / Nikki McClure.“Follow the life stages of an apple from the time it falls from the tree, ripe and red, to its return to the soil. Written in single words, the story is told primarily through the images that are done in exquisite cut paper. In each image, red is used solely to illuminate the apple with the rest of the image in black and white. This serves to not only highlight the apple as the focus, but also makes for a dynamic minimalist style.
The simplicity and minimalism really work here. It is a stunning book both in the strength of the illustrations and the focus on life stages. This is a book I would suggest for parents reading to infants, because it has that strong contrast of black, white and red that infants’ brains respond to. Even better, it’s a book that adults will enjoy reading again and again.” (wakingbraincells.com) 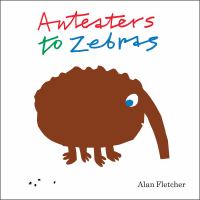 Anteaters to zebras / Alan Fletcher.“From anteaters to zebras, from bears to x-ray fish and yetis, this witty and playful introduction to the alphabet will captivate children and adults alike. Created by legendary British designer Alan Fletcher, its bold colours and quirky characters are set to make it an instant and much-loved classic.” (book cover)