September is finally here, so technically speaking spring has officially started. I’m not sure if the weather has caught up with the news yet!
While its still cooler outside, take some time out to catch up on the libraries new selection books in the Aotearoa newsletter.  It covers all our favourite things – beer, Piri Weepu, interesting New Zealand histories, Dickens, Austen and golf – so truly something for everyone!

This months New Zealand recent picks offer a diverse variety of titles, something for everyone!

Piri, straight up : cups, downs & keeping calm / with Heather Kidd.
“Piri Weepu’s story is one of the most fascinating New Zealand rugby stories ever told. Born into a strong rugby league family – Piri’s brother Billy actually played for the Kiwis – Piri has risen to the very pinnacle of rugby union, while at the same time never losing his great love of the 13-man code. At 28 and in the year of the Rugby World Cup in New Zealand, Weepu was finally given his opportunity and didn’t he take it well. For years he had been in the shadows of Jimmy Cowan (not to mention a number of other first-choicers) but on the world stage, Piri stepped up to the mark and won the hearts of a nation. He kicked the goals for the All Blacks, he kicked for position and, in the absence of the incomparable Dan Carter, he ran the backline. His man of the match performance for the All Blacks in the quarter-final against Argentina and then another superb display against arch-rivals Australia in the semi-final cemented his place in New Zealand rugby folklore.” – (adapted from Publisher’s description)

Beer nation : the art & heart of Kiwi beer / Michael Donaldson.
“Pull up a bar stool, and listen to the life story of beer in New Zealand . . .Highly illustrated, meticulously researched and warmly told, Beer Nation recounts the early history of beer, exposes the modern age of commerce and big business, and charts the rise of contemporary boutique breweries – through interviews and first-hand stories from the personalities behind beer and brewing in New Zealand. Michael Donaldson’s rich and engaging narrative is complemented by images from brewers’ private collections as well as quotes and archival photography. Beer Nation will inform, delight and awaken your thirst for New Zealand’s favourite beverage.” – (adapted from Publisher’s description)

Convicts : New Zealand’s hidden criminal past / Matthew Wright.
“New Zealand’s Pakeha origin as a bolt-hole for convicts escaping Australia, a place where former convicts joined whaling and sealing gangs, and where sea captains thumbed their noses at the law, has been quietly forgotten. It has become a hidden part of our past, buried under the convenient fiction that the Treaty of Waitangi is the sole pivot of New Zealand’s colonial story.In Convicts: New Zealand’s Hidden Criminal Past, noted historian Matthew Wright challenges that notion. Our early nineteenth-century Pakeha past is, at least in part, a story of convicts who had found their way past the edge of the law, an age of heroic tales of survival, scurrilous deeds, cannibalism and piracy.” – (adapted from Syndetics summary)

This month there’s a strong theme of reo – self-tuition in grammar and greetings for formal occasions, history and more.

Huia histories of Māori : ngā Tāhuhu Kōrero / edited by Danny Keenan.
“This comprehensive history of Aotearoa New Zealand is written entirely by Māori scholars actively researching and writing in their respective fields. Huia Histories of Māori takes a fresh look at what Māori history is and how it differs markedly from those histories of Māori formerly portrayed, providing both fresh views on events in the past as well as new insights into customary Māori constructions of ‘history’” – (adapted from Back cover summary)

Te wahapū : launch yourself into te reo Māori / Ian Cormack.
“Te Whahapū is the second book in this comprehensive, enjoyable and easily understandable self-tuition course for Māori language… The books offer a reference text, workbook and audio resource all in one. They are structured in units, each opening with a dialogue and followed by explanations of words, experessions and language patterns.” – (adapted from Back cover summary)

Rangatira : a novel / by Paula Morris.
“This intriguing and engrossing novel vividly brings to life colonial New Zealand and Victorian England through the eyes of a Ngati Wai rangatira. Paula Morris has done an extraordinary job capturing the life of her tupuna, Paratene Te Manu, and gives him a voice that is at once authentic and insightful.” – (Carol Hirschfeld)

Dickens, Austen, Nixon. Sound like an odd mixture? Well, they’re all in our picks of the recent history books this month.

A guide to Dickens’ London / Daniel Tyler.
“To commemorate the 200th anniversary of the birth of Charles Dickens, a generously illustrated guide to the city that was perhaps the greatest of his characters. From Newgate Prison to Covent Garden and from his childhood home in Camden to his place of burial in Westminster Abbey, this guide traces the influence of the capital on the life and work of one of Britain’s best-loved and well-known authors. Featuring more than 40 sites, places of worship and of business, streets and bridges, this comprehensive companion not only locates and illustrates locations from works such as Great Expectations and Little Dorrit but demonstrates how the architecture and landscape of the city influenced Dickens’ work throughout his life. Each site is illustrated with substantial quotations from Dickens’ own writing about the city he loved.” (Global Books In Print)

All roads lead to Austen : a yearlong journey with Jane / Amy Elizabeth Smith ; illustrations by Lucia Mancilla Prieto.
“In this humorous memoir, devoted Austen fan Smith, a writing and literature teacher, sets out to discover whether Austen’s magic translates for readers in six Latin American countries (Guatemala, Mexico, Ecuador, Chile, Paraguay, and Argentina), where she organizes book clubs to discuss Spanish translations of Pride and Prejudice, Sense and Sensibility, and Emma. Though Smith continuously calls attention to her limited Spanish language skills, she skillfully highlights how and why certain Spanish words are apt for describing Austen’s world and characters. Austen’s work provides a touchstone for surprising discussions about class, gender, and race, as well as history and literature. Smith’s account reads like an educational travel blog, full of colorful characters, overviews of the history and the traditions of each culture, as well as reflections on her own preconceived assumptions and stereotypes. This enjoyable book should appeal to fans of literature and travel, especially those interested in Latin America.” (Publisher Weekly)

Watergate : the hidden history : Nixon, the Mafia, and the CIA / Lamar Waldron.
“One vast conspiracy begets another in this meticulous but unconvincing theory of the Watergate scandal. Historian Waldron argues that Vice President Richard Nixon was the “driving force” behind joint CIA-Mafia plots to assassinate Fidel Castro in 1959-1960. Waldrop further says that, as president, Nixon instigated the Watergate break-ins, undertaken by his “Plumbers” unit of old CIA Cuba hands, mainly to find a dossier that he feared could expose those earlier schemes. The author presents an exhaustive, lucid chronicle of Cuba and Watergate machinations and decades of Nixon sleaze: dirty campaign tricks, quid-pro-quo Mafia bribes, burglaries, and other felonies by his White House staff. But Waldron’s central claims about Nixon’s involvement in Castro-assassination plots and his Watergate motives are shaky and based largely on stray, ambiguous comments by marginal figures, “associate”-tracing through degrees of separation, and much rank speculation, all backed by confusing source notes. (Much of the book is a rehash of his similarly massive and implausible Legacy of Fear, which argued that the Mafia assassinated President Kennedy.) Readers will learn a lot from Waldron about America’s Cuba policy and Nixon’s many misdeeds, but the author’s search for a narrow logic behind Nixon’s omnidirectional paranoia and criminality distorts more than it clarifies.” (Publisher Weekly)

Golfing, shooting, fighting – all sorts of athletic pursuits are highlighted in our sports collection this month.

The Unstoppable Golfer : trusting your mind & your short game to achieve greatness / Bob Rotella with Bob Cullen.
“Dr. Bob Rotella is the pre-eminent golf psychologist to the game’s top players. He has coached stars like Padraig Harrington and Darren Clarke-and he has offered his advice to golfers of all skill levels in his bestselling books, including Golf Is Not a Game of Perfect and Golf Is a Game of Confidence. Now, he tackles the mind’s role in the most difficult aspect of golfing …. Bob Rotella was the Director of Sports Psychology for twenty years at the University of Virginia, where his reputation grew as the person champions talked to about the mental aspects of their game.” (Global Books)

The Power of Shaolin Kung Fu : harness the speed and devastating force of Southern Shaolin jow ga kung fu / Ronald Wheeler.
“From its early beginnings in the ancient Shaolin Buddhist monasteries of China to its depiction in scores of contemporary martial arts films, the classical style of Shaolin Kung Fu continues to reign supreme as the original and most important body of martial arts techniques in the world. This book offers readers a comprehensive course in the fundamental movements that have been practiced and perfected by warrior monks for centuries.” (Syndetics annotation) 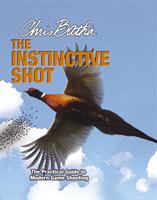 The Instinctive Shot : The Practical Guide to Modern Game Shooting / Chris Batha.
“The Instinctive Shot is a practical, straight-forward manual on how to become a better game shooter. The author gives step-by-step explanations of the correct shooting action needed to build a consistent swing and balanced move to the bird, regardless of species or type of shooting – the essential sequence of Eye Brain Hand synchronisation that creates an Instinctive Shot. For Chris Batha, this is a compilation of information and experiences gleaned from his life-long passion for game shooting. His advice is easily understood and alternative suggestions are offered wherever possible. Both clear and concise, The Instinctive Shot emphasises the practical, while not forgetting the theoretical. This book not only describes how to shoot , but it is a reference book covering all aspects of world-wide game shooting from guns, quarry and equipment to etiquette and attire this is a volume for the game wing shooter to refer to time and time again.” (Amazon.com)