Reading can take you all over the world, then right back home again. That’s the theme this month in the People and Places eNewsletter. Plenty to dip into, as always.

It would be difficult to imagine a more horrible fate than that suffered by beautiful young Briton Katie Piper, she was brutally raped and burned with acid by a jealous boyfriend. Yet she survived and her energy, courage and positive mental attitude have been an inspiration to many thousands who are suffering from life’s hardships. She is already very well-known – several younger members of staff here recognised her immediately on seeing the book, as she has been the subject of numerous articles and television interviews. It is a very inspiring book and one which will help very many people. We also have another book by Katie Piper in the library, Beautiful : a beautiful girl, an evil man, one inspiring true story of courage. If biographies are your thing, we’ve added plenty more besides.

Winston Churchill : portrait of an unquiet mind / Andrew Norman.
“Winston Churchill was an extraordinary person – a politician, a statesman, a man of letters and a soldier but it was for his wartime leadership during the Second World War that he is chiefly remembered. In a study of his life, certain bizarre character traits become discernible. He had excessive energy and required little sleep. His mind would either flit from one idea to another with bewildering speed or focus obsessively on one particular goal. He was impulsive, and his attention was easily drawn to irrelevant or unimportant matters. He enjoyed taking risks almost To The point of self-destruction. He lacked inhibition and was eccentric in the extreme. Yet at other times, when he was afflicted with what he called his ‘Black Dog’, he became depressed, irritable, aggressive, and preoccupied with death and thoughts of suicide.By closely and painstakingly examining the statements of Churchill’s doctor, Of Winston himself, his family, his friends and acquaintances, Dr Norman, As a medical man, has been able to ascertain the true nature of Winston’s disorder. The diagnosis having been made, it is now possible For The very first time, and this will remain secret until the book is published, To Understand The man himself and what made him ‘tick’.” – (adapted from Globalbooksinprint.com summary)

Young Herriot : the early life and times of James Herriot / by John Lewis-Stempel.
‘We had no antibiotics, few drugs. A lot of time was spent pouring things down cows’ throats. The whole thing added up to a lot of laughs. There’s more science now, but not so many laughs.’ We all know James Herriot, possibly the most famous vet in the world. But how did a young student named Alf Wight become the man who would charm millions of readers the world over? Young James tells the fascinating story of James Herriot’s formative years at veterinary college. Set in Glasgow in the 1930s – pre-antibiotics, when veterinary practise was, as Herriot wrote, ‘more art than science’ – the book shines a light on his calling to work with animals (which began when he read an article in Meccano Magazine entitled ‘Veterinary Surgery as a Career’), his early friendships and quest for knowledge at Glasgow’s Veterinary College and the quest for knowledge at Glasgow’s Veterinary College.” – (adapted from Syndetics summary)

“Things get better / Katie Piper.
“To look and listen to the extraordinary Katie Piper, it is difficult to comprehend the severe physical and psychological trauma she suffered from a brutal rape and acid attack which left her with deep physical and emotional scars. These terrible events would have crushed most people, but through her incredible courage, bright and positive outlook and sheer determination, Katie has become living proof that no matter what life throws at you, if you work hard and believe – things will get better. Katie’s story alone has proved inspirational to millions of people, and now in this important book she begins to answer the question that everyone wants to know – ‘where did you find the courage?’ Katie shares the key steps and support that led to her emotional recovery so that she can help others in their own lives, whether suffering a breakup or life change or more serious trauma. Through her own stories of emotional recovery and in letters sent to her by others, she acknowledges the pain we have all felt at times, whether physical or psychological, grief or trauma, and shows with spectacular compassion and encouragement that we can all find the strength within to carry on.” – (adapted from Globalbooksinprint.com summary)

The latest travel books see destinations as diverse as Albania and Antarctica, New England and Naples. After deciding on the destination, pick a hotel from another recent book that profiles the best from across the globe.

Albania : the Bradt travel guide / Gillian Gloyer.Albania
“Albania’s unspoilt mountain scenery, cultural sites and beaches make it increasingly popular. This affectionate guide covers the length and breadth of the country, discovering remote villages and out-of-the-way towns. It features detailed information on wildlife, national parks, hiking routes, beaches, and the main archaeological sites and Byzantine art. 2012 marks the centenary of Albania’s independence from the Ottoman Empire and is likely to be marked by several major events.” – (adapted from Syndetics summary) 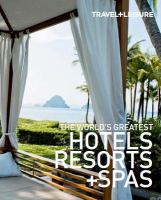 The world’s greatest hotels / [editor, Jennifer Miranda].
“Millions of travelers turn to Travel + Leisure as their source of information and inspiration. Each year, the magazine’s editors distill their coverage into an expertly vetted guide to the most memorable accommodations around the globe.” – (from Book jacket)

The rough guide to New England / written and researched by Sarah Hull and Stephen Keeling.
“The Rough Guide to New England” is the ultimate travel guide to this compellingly historic region, packed with comprehensive coverage of every attraction. Honest, accurate reviews, detailed practical information, new top 5 lists, insider tips and illuminating photographs throughout will ensure that your visit is a truly memorable one. Discover New England’s highlights with in-depth accounts on everything from apple picking and beachcombing to Yankee cooking and zip lines. Hike the Appalachian Trail, or meander down country roads amid autumn foliage; savour New England’s best clam chowder, regional beer and blueberry pie; spot a lighthouse, or even a whale; and, walk in the footsteps of revolutionaries.” – (adapted from Syndetics summary)

This month’s history recent picks are all about the ladies: a mystery writer touring the world; the women behind the Kennedy political men; an American woman becomes an African King (yes King not Queen!); photographic comparison of Queen Victoria and Queen Elizabeth II’s London; and a journalist on the spot during the Libyan uprising. Enjoy!

The grand tour / Agatha Christie ; edited by Mathew Prichard.
“In 1922 Agatha Christie set sail on a 10-month voyage around the British Empire with her husband as part of a trade mission to promote the forthcoming British Empire Exhibition. She kept up a detailed weekly correspondence with her mother, describing in detail the exotic places and people she encountered as the mission travelled through South Africa, Australia, New Zealand, Hawaii and Canada. Previously unpublished letters are accompanied by hundreds of photos taken on her portable camera as well as some of the original letters, postcards, newspaper cuttings and memorabilia collected by Agatha on her trip. The Grand Tour is a book steeped in history, sure to fascinate anyone interested in the lost world of the 1920s. Coming from the pen of Britain’s biggest literary export and the world’s most widely translated author, it is also a fitting tribute to Agatha Christie and is sure to fascinate her legions of worldwide fans.” – (adapted from Global Books In Print summary)

The queens’ London : the metropolis in the Diamond Jubilee years of Victoria & Elizabeth II / Jon Curry & Hugo Simms.
“In the last years of the nineteenth century, The Queen’s London: A Pictorial and Descriptive Record of the Great Metropolis was published. The work, a collection of some of the finest photographs of the capital ever taken, was produced to commemorate the Diamond Jubilee of her most excellent Majesty Victoria, Queen of Great Britain and Ireland and Empress of India. In 2012, when the eyes of the world will be on London, The Queens’ London brings this story up to date. Pairing these beautifully captured vintage views with 180 images taken from identical vantage points in the London of Queen Elizabeth II’s Diamond Jubilee, it gives the reader a fascinating perspective on the history behind London’s familiar streets.” – (adapted from Global Books In Print summary)

Here is a selection of recent arrivals in the New Zealand Collection, this month there is a wide variety of topics.

Piano forte : stories and soundscapes from colonial New Zealand / Kirstine Moffat.
“This book focuses on the era in which the piano became of central significance in the private, social and cultural lives of many New Zealanders. The stories begin in 1827, with the arrival of what was probably the first piano to be brought to New Zealand, and end in 1930. Initially, a European musical instrument that introduced Maori to a new sound world and which provided European settlers with a reassuring sense of ‘home’.” – (adapted from Syndetics summary)

The occupiers : New Zealand veterans remember post-war Japan / Alison Parr.
“Twelve thousand New Zealand men and women served in the occupation of Japan immediately after the Second World War. This book records memories from those we know as ‘J Force’. The Occupiers explores Kiwi life in the former enemy territory between 1946 and 1948.Veterans recall the horror of witnessing the devastated city of Hiroshima. They describe their culture shock and adjustment to unfamiliar customs. These stories uncover a little-known but fascinating aspect of New Zealand’s post-war experience.” – (Syndetics summary)

Workers in the margins : union radicals in post-war New Zealand / Cybèle Locke.
“Marginalised workers of the late twentieth century were those last hired in times of plenty and first fired in times of recession. Often women, Māori, or people from the Pacific, they were frequently unemployed, and marginalised within the union movement as well as the labour force. The world of trade unions and employment conflicts, such as the 1951 waterfront lockout, was vigorous and challenging. As free market policies deregulated the labour market and splintered the union movement toward the end of the century, Te Roopu Rawakore o Aotearoa, the national unemployment and beneficiaries’ movement, gave a new voice to workers in the margins” – (adapted from Publisher’s summary)