One prominent person in the news a lot lately is the Queen, she’s also been popping up in our catalogue a lot lately too. So it only makes sense to let the honour of leading off this month’s People and Places newsletter fall to her. The rest of the highlights in our Biography, Travel, History and New Zealand sections follow …

This is the year of the Queen’s Diamond Jubilee – she has been on the throne for sixty years, which makes her the longest serving British monarch since Victoria. Whether you are a monarchist or not, this is a momentous historical occassion, and one which has been marked by the publication of a plethora of celebratory books. We have chosen one of the crop primarily because it is pictorial work, but there are many others including Andrew Marr’s excellent “Diamond Queen’, which we also stock. Elizabeth : a diamond jubilee portrait / Jennie Bond.
“In 2012, Queen Elizabeth II will mark the 60th anniversary of her accession to the throne, a diamond jubilee that this book, written by former BBC Royal Correspondent Jennie Bond, commemorates. On February 6, 1952, Princess Elizabeth, Duchess of Edinburgh, became Queen on the death of her father, King George VI to the reign that was to see major changes both in the country and Commonwealth and in the role of the monarchy began far away from Britain in a game reserve in Kenya. “Elizabeth: The Diamond Jubilee” looks at this remarkable period in the history of Britain’s monarchy in lavish and fascinating detail, featuring over 240 photographs. Constantly under scrutiny ever since she took the throne, this book presents a balanced and absorbing account of the Queen’s life and of her role as the head of state in a country and a world that have changed almost beyond recognition in the sixty years since she inherited the throne.” – (adapted from Amazon.co.uk summary) 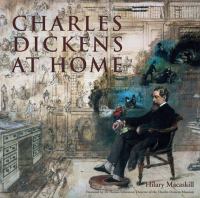 Charles Dickens at home / Hilary Macaskill ; special photography by Graham Salter ; [foreword by Florian Schweizer].
“This book tracks the places Dickens lived, from his Portsmouth birthplace and childhood home in Chatham to his last home back in Kent, at Gad’s Hill Place in Rochester. The book also covers his travels in England and abroad, where the locations provided the settings in his novels, such as Nicholas Nickleby’s Yorkshire and in the East Anglia of David Copperfield, Charles Dickens’s most autobiographical novel. Above all, it is London, where he lived in different homes for the majority of his life, which is so identified with Dickens and with his fiction. One thing that characterised his attitude to all his homes in adult life was his deep involvement in domestic arrangements, despite the frantic pace of his intensive work schedule. It was this close attention to detail, as well as his acute observation of his surroundings, that distinguished his novels, both in their portrayal of home life and in their sense of place. An invaluable resource to anyone who has an interest in the settings of Dickens’ work, Hilary Macaskill weaves a narrative which places this great writer in his domestic context, gloriously illustrated with archive material and original photography.” – (adapted from Publisher’s description)

Thomas Becket : warrior, priest, rebel, victim : a 900-year-old story retold / John Guy.
“A revisionist new biography reintroducing readers to one of the most subversive figures in English history-the man who sought to reform a nation, dared to defy his king, and laid down his life to defend his sacred honor. Becket’s life story has been often told but never so incisively reexamined and vividly rendered as it is in John Guy’s hands. The son of middle-class Norman parents, Becket rose against all odds to become the second most powerful man in England. As King Henry II’s chancellor, Becket charmed potentates and popes, tamed overmighty barons, and even personally led knights into battle. After his royal patron elevated him to archbishop of Canterbury in 1162, however, Becket clashed with the King. Forced to choose between fealty to the crown and the values of his faith, he repeatedly challenged Henry’s authority to bring the church to heel. Drawing on the full panoply of medieval sources, Guy sheds new light on the relationship between the two men, separates truth from centuries of mythmaking, and casts doubt on the long-held assumption that the headstrong rivals were once close friends. He also provides the fullest accounting yet for Becket’s seemingly radical transformation from worldly bureaucrat to devout man of God. Here is a Becket seldom glimpsed in any previous biography, a man of many facets and faces.” – (adapted from Globalbooksinprint.com summary)

Our picks of the new travel books this month are an eccentric bunch, filled with hairy hikers and unusual approaches to travel. Enjoy!

The hairy hikers : a coast-to-coast trek along the French Pyrenees / David Le Vay.
“Fuelled by a degree of mid-life crisis and the need to escape, albeit temporarily, the dull routine of modern life, David and Rob set out to walk from the Atlantic to the Mediterranean, taking in French villages, beautiful scenery and one of the most spectacular mountain ranges in Europe. Just about perfect — if you can put aside the inevitable conflict, drama and unexpected tedium that results from two men spending over seven solid weeks in each other’s company!” (adapted from Syndetics summary) 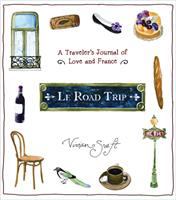 Le road trip : a traveler’s journal of love and France / Vivian Swift.
“Le Road Trip combines the appeal of the iconic American quest with France’s irresistible allure, offering readers a totally new perspective of life on the road. Le Road Trip tells the story of one idyllic French honeymoon trip, but it is also a witty handbook of tips and advice on how to thrive as a traveler, a captivating visual record with hundreds of watercolor illustrations, and a chronicle depicting the incomparable charms of being footloose in France. Armchair travelers, die-hard vagabonds, art journalists, and red wine drinkers will all find something to savor in this story.” (Syndetics summary)

Cruising attitude : tales of crashpads, crew drama, and crazy passengers at 35,000 feet / Heather Poole.
“Flying the not-so-friendly skies… In her more than fifteen years as an airline flight attendant, Heather Poole has seen it all. She’s witnessed all manner of bad behavior at 35,000 feet and knows what it takes for a traveler to become the most hated passenger onboard… Heather’s true stories in Cruising Attitude are surprising, hilarious, sometimes outrageously incredible the very juiciest of “galley gossip” delightfully intermingled with the eye-opening, unforgettable chronicle of her fascinating life in the sky.” (adapted from Syndetics summary)

We have some great new history books this month; Kiwis in Afghanistan, the Tower of London, Lincoln’s assassination and more.

Tower : an epic history of the Tower of London / Nigel Jones.
“Castle, royal palace, prison, torture chamber, execution site, zoo, mint, home to the crown jewels, armory, record office, observatory, and the most visited tourist attraction in the UK: The Tower of London has been all these things and more. No building in Britain has been more intimately involved in the island’s story than this mighty, brooding stronghold in the very heart of the capital, a place which has stood at the epicenter of dramatic, bloody and frequently cruel events for almost athousand years.
Now historian Nigel Jones sets this dramatic story firmly in the context of national – and international – events. In a gripping account drawn from primary sources and lavishly illustrated with sixteen pages of stunning photographs, he captures the Tower in its many changing moods and its many diverse functions. Here, for he first time, is a thematic portrayal of the Tower of london not just as an ancient structure, but as a living symbol of the nation of Great Britain.” – (adapted from Global Books In Print summary)

Killing Lincoln : the shocking assassination that changed America forever / Bill O’Reilly and Martin Dugard.Killing Lincoln: The Shocking Assassination That Changed America Forever
“O’Reilly, the popular and controversial cable news commentator, teams here with Dugard (Into Africa: The Epic Adventures of Stanley and Livingstone) to cover Lincoln’s assassination in a simple and morally unambiguous style. They offer no new insights into the death of Lincoln, just a sensationalist retelling of a familiar story. In pages filled with conjecture about the mental states of the protagonists, the authors succinctly describe the closing battles of the Civil War, the assassination, and its aftermath. They frequently speculate on conspiracy theories that involved secretary of war Edwin M. Stanton in the assassination plot, but they never make accusations except to say his behavior was “suspicious.” It will be interesting to see whether fans of O’Reilly’s television show will flock to his first foray into history the way they have to his books on contemporary issues. VERDICT Written from an unapologetically northern perspective, this book is not for academics but may appeal to readers who enjoy fast-paced, conjectural popular history. It includes an appendix reprinting the Harper’s Weekly account of the assassination written soon after.” – (adapted from Library Journal summary)

This month’s recent picks showcase the variety of people who call New Zealand home, from Tāngata Whēnua to Irish immigrants to those of Jewish descent.

Stones bones steam / Philip Andrews.
“Looks at Māori myths and landforms; power of ignimbrite eruptions; early geological exploration; past discoveries of moa, mosasaur and other fossils; the man who made artificial geysers; Rotorua’s great bores versus geysers controversy; and geology in verse” – (adapted from Back cover)

Bog Irish Micks : the O’Brien family from Scariff : a family history / by Kath Woodley.
“Chronicles the families started by the five children of John O’Brien and Margaret Malone, all of whom left Scariff, Ireland for New Zealand between 1874 and 1883.” – (adapted from Syndetics summary) 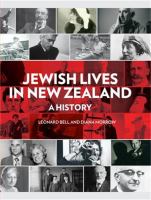 Jewish lives in New Zealand : a history / Leonard Bell and Diana Morrow, editors.
“The census tells us that 8000 New Zealanders actively identify as Jewish and it is estimated that the broader population is probably around 25,000. There has never been an authoritative history of this country’s Jewish population and yet people of Jewish descent (both secular and religious) have played vital roles in all aspects of our society throughout its history. Auckland alone has had five Jewish mayors. Jews have been prominent in New Zealand’s business, cultural, intellectual, political, medical, intellectual life and more since the 1840s, and successive waves of immigration have added to the tapestry of New Zealand Jewry. This significant book covers key sectors of activity with specialist writers assigned to each. Richly illustrated, it slots another important piece into the jigsaw of our history.” – (adapted from Syndetics summary)