Hello again – this month we’ve got quite the range of music and movies to warm up and in some cases indulge those winter blues. Highlights include the suitably winter-set Norwegian Wood, based on the Murakami novel of the same name; Melancholia, the controversial, loved and loathed offering from Lars von Trier and Project Nim – a powerful and heartbreaking documentary of the chimpanzee raised as a human child. Those with a bit of extra time on their hands might like to power through HBO’s ten episode fantasy epic Game of Thrones – as the dour Ned Stark says “Winter is coming…” No Ned, it’s already here.

Here’s quick sampling of the new DVDs to hit the shelves here at Wellington City Library.

Project Nim.
“Director James Marsh’s follow-up to the Oscar-winning Man on Wire is an equally engrossing look at the fault lines and danger zones between man and beast. Using a combination of archival footage, current interviews, and… re-creations, Marsh tells the sad tale of Nim Chimpsky, a chimpanzee raised as a human child under a Columbia University sign language study led by Professor Herbert S. Terrace. Beginning with his birth in 1973, Nim was shuttled between a variety of tragicomedic environments (including a free-form hippie household, an idyllic mansion in the countryside, and a terrifyingly mundane lab) while growing increasingly powerful and difficult to control. Eschewing the Michael Moore/Morgan Spurlock on-camera method, the director here hangs back from the spotlight, preferring to give his interviewees enough room to damn or praise themselves, a decision that works wonders…While the transitions between reality and re-created footage do feel a bit clunky…,Project Nim is a spellbinding, occasionally outraging documentary that should leave viewers pondering their place in the animal kingdom, as well as the wisdom of tampering in God’s domain. The zoo will never seem the same.” – (adapted from Amazon.com review)

Hugo.
In resourceful orphan Hugo Cabret (Asa Butterfield, an Oliver Twist-like charmer), Martin Scorsese finds the perfect vessel for his silver-screen passion: this is a movie about movies (fittingly, the 3-D effects are spectacular). After his clockmaker father (Jude Law) perishes in a museum fire, Hugo goes to live with his Uncle Claude (Ray Winstone), a drunkard who maintains the clocks at a Paris train station. When Claude disappears, Hugo carries on his work and fends for himself by stealing food from area merchants. In his free time, he attempts to repair an automaton his father rescued from the museum, while trying to evade the station inspector (Sacha Baron Cohen), a World War I veteran with no sympathy for lawbreakers. When Georges (Ben Kingsley), a toymaker, catches Hugo stealing parts for his mechanical man, he recruits him as an assistant to repay his debt. If Georges is guarded, his open-hearted ward, Isabelle (Chloë Moretz), introduces Hugo to a kindly bookseller (Christopher Lee), who directs them to a motion-picture museum… helping unlock the secret of the automaton…” – (adapted from Amazon.com description)

Norwegian wood.
“Published in 1987 and since translated into 33 languages, Norwegian Wood is a story of loss and heartbreak in a time of global instability. Haruki Murakami’s bestselling novel is brought to the screen by Tran Anh Hung (Golden Lion winner for Cyclo and Academy Award nominee for The Scent of Green Papaya) and features Japanese rising star Kenichi Matsuyama (Death Note, Detroit Metal City) and Oscar nominee Rinko Kikuchi (Babel) alongside newcomer Kiko Mizuhara. Tokyo, the late 1960s… Students around the world are uniting to overthrow the establishment and Toru Watanabe’s personal life is similarly in tumult. At heart, he is deeply devoted to his first love, Naoko, a beautiful and introspective young woman. But their complex bond has been forged by the tragic death of their best friend years before. Watanabe lives with the influence of death everywhere. That is, until Midori, a girl who is everything that Naoko is not – outgoing, vivacious, supremely self-confident – marches into his life and Watanabe must choose between his past and his future.” – (adapted from Amazon.co.uk description)

Game of thrones. The complete first season.
Adapted from the first installment of George R. R. Martin’s fantasy series A Song of Ice & Fire ‘Game Of Thrones’ succeeds on multiple levels. The story begins with Sean Bean as Lord Eddard Stark, who is called upon by his old friend the King to assume the position of the King’s Hand after the mysterious death of the previous Hand. Reluctant to abandon his family & position he nevertheless is drawn into service, but that is just the beginning of his problems as various factions vie for power in the Kings court, and across the sea an exiled Prince trades his sister for an alliance that could help him regain the Throne. The quality of the show’s production values is evident everywhere, as the world of Westeros looks amazing in every detail. Most of the trappings that cause non-fantasy fans to avoid this kind of thing are absent, at least for now, with the characters speaking in fairly modern terms, with mysterious creatures & dragons merely hinted at. More than anything the first season resembles a political drama along the lines of The Tudors, or Rome, but being HBO there is, of course, plenty of violence & sex along the way. The acting is also uniformly good, with Sean Bean a standout as the noble Stark struggling with the double-dealings of Court intrigue. Lena Heady is also excellent as the manipulative Queen Cersei, and Peter Dinklage steels every scene as the droll imp Tyrion. Recommended, even if Fantasy-fiction is not your thing at all. (Mark)

In our picks of the new film and cinema books this month you’ll find books on a range of topics, including “Development Hell” — a place film directors and producers fear to tread… Have a browse!

Is it all about hips? : around the world with Bollywood dance / Sangita Shresthova.
“In this brilliant ethnography, Sangita Sresthova, who has pioneered various dance forms brings alive the world of Bollywood dance. You embark upon this exhilarating journey at a live performance in London, and travel with the author discovering how this unique dance form has united peoples and cultures far and wide. Behind-the-stage preparations and dance classes booming with desi exuberance come to life with a panorama of colorful stills, making this book is the first-of-its-kind account of the Bollywood dance culture flourishing worldwide.” (description from Amazon.com)

Tales from development hell : the greatest movies never made? / David Hughes.
“A compulsively readable journey into the area of movie-making where all writers, directors and stars fear to tread: Development Hell, the place where scripts are written, actors hired and sets designed… but the movies rarely actually get made! Whatever happened to Darren Aronofsky’s Batman movie starring Clint Eastwood? Why were there so many scripts written over the years for Steven Spielberg and George Lucas’s fourth Indiana Jones movie? Why was Lara Croft’s journey to the big screen so tortuous, and what prevented Paul Verhoeven from filming what he calls “one of the greatest scripts ever written”? Why did Ridley Scott’s Crisis in the Hot Zone collapse days away from filming, and were the Beatles really set to star in Lord of the Rings?” (description from Amazon.com)

The Astaires : Fred & Adele / Kathleen Riley.
“In this comprehensive coverage of Fred Astaire and his sister, Adele Astaire, Riley (Nigel Hawthorne On Stage) offers a splendiferous glimpse of gaiety, scintillating style, syncopated rhythms; and lost glamour, noting, “The story of the Astaires conjures up a vanished world.” Offering fascinating anecdotes and surprising details, Riley contrasts Fred’s perfectionism with Adele’s alluring impudence: critic Richard Watts found her “funny and bewitching.” Riley writes with zest and authoritative expertise, displaying a grace and elegance equal to her subjects. Her scholarly skills are showcased in this effervescent, spirited history, with a concluding “Chronologies,” an informative 18-page chart, printed sideways, that lists all Astaire shows with their musical numbers, production personnel, and theaters.” (Publisher Weekly)

Dust and dirt / The Black Seeds.

This month’s recent picks for classical music focuses on new works – and features both recent compositions and some interesting interpretations of well-loved material.

A bugle will do [sound recording] / Anthony Richie.
A collection of pieces by New Zealand composer Anthony Richie, performed by the NZSO and conducted by Tecwyn Evans. The title track is a piece commissioned by the NZSO to commemorate the death of New Zealand’s most famous war hero, Sir Charles Upham. The album also contains Symphony No.3 (2010) op.150, French Overture (2008) op.138 and Revelations (1998) op.82. 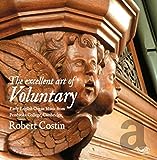