We’ve decided to start an occasional series of topical posts highlighting resources about current events – let us know what you think!

We hope to link to useful resources from around the Web, as well as highlighting information from our premium databases (authoritative resources on many many topics that we have subscribed to so that you can access with your library card details).

For our first of these topics, we’ve chosen the grounding (and eventual sinking) of the MV Rena in Tauranga.

At 2.20am on Wednesday, 5 October 2011, the MV Rena ran aground on the Astrolabe reef. She was sailing from Napier to Tauranga in clear weather. At the time of grounding she was carrying 1,368 containers, as well as approximately 1700 Tonnes of heavy fuel oil. By 9th October a 5km oil slick was clearly visible, endangering local wildlife and rich fishing grounds. By the morning of 12 October 2011, the ship was listing 30° to starboard, had lost 30 – 70 containers, had leaked about 350 tonnes of oil, and also had large cracks developing in the Hull.

For a timeline of how the clean-up and salvage operation has proceeded, visit Maritime New Zealand’s Rena Timeline page. (The Rena broke into two pieces following a storm on January 9th, and the following day the Stern section sank.)

(To access these links, you’ll need to log in with your library card details – there’s some great stuff here though!) 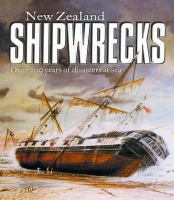 New Zealand shipwrecks : over 200 years of disasters at sea / originally compiled by Charles William Ingram & Percy Owen Wheatley.
“Since the publication of the first edition in 1936, New Zealand Shipwrecks has been the authority on maritime disasters in our waters. This hugely readable reference records the details of more than 2200 shipwrecks and highlights those of special significance and drama, telling exciting tales of daring, bravery or treasure never found. An indispensable record of a fascinating aspect of New Zealand’s maritime history. This 8th edition includes 245 new entries as well as updated information on many wrecks.” (Syndetics) 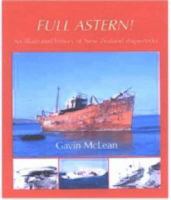 Full astern! : an illustrated history of New Zealand shipwrecks / Gavin McLean ; [edited by Lorraine Olphert].
“The sea may be our highway, but it can charge appallingly high tolls. Our ancestors rightly feared death and destruction at sea. In the last 200 years over 2000 ships have been fatally wrecked on New Zealand shores, sometimes with horrific loss of life. Many more have been salvaged only after epic struggle. In this lively book, leading historian Gavin McLean examines some of New Zealand’s most interesting wrecks. In Full Astern he explores some of the iconic wrecks that wrote themselves into New Zealand history: the Orpheus, General Grant, Tararua, Wairarapa, Penguin, Wahine and Mikhail Lermontov. But others will be new to readers, the ordinary, everyday vessels on which New Zealanders depended. Full Astern is a story of terrifying storms, of inhospitable coastlines, of human error, of the malicious hand of fate, and of courtroom dramas as stunned communities picked through the evidence of disaster.” (Mighty Ape)

Or, try this catalogue quicksearch for more items about New Zealand shipwrecks.