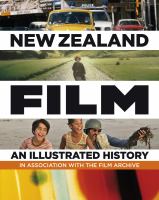 New Zealand film : an illustrated history / edited by Diane Pivac with Frank Stark and Lawrence McDonald.
“The age of cinema began in Paris in 1895. Within a year New Zealanders saw their first films and in fewer than five they were making their own. New Zealand Film: An Illustrated History is the first book to provide a comprehensive overview of New Zealand film and film making from the very beginning. With contributions from 24 top film writers, historians, household names and industry insiders, this book is an entertaining narrative of more than a century of film making and an essential reference tool for students and film buffs alike.” (Summary adapted from Syndectics) 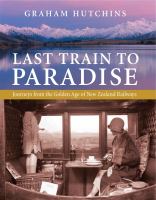 Last train to paradise : journeys from the golden age of New Zealand railways / Graham Hutchins.
“‘Last Train to Paradise’ describes the halcyon days of New Zealand rail, some of which the author was fortunate enough to experience personally. The ‘name’ trains and journeys cover a considerable period of New Zealand’s history, from the late 1800s, through the ‘golden’ era of train travel. The book includes a wide variety of fascinating and unfamiliar photographs, not just of the trains themselves but also of the characters who travelled in them.” (Summary adapted from Syndectics) 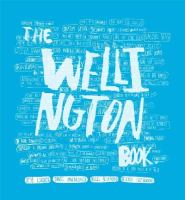 The Wellington book / Jess Lunnon … [et al.].
“This book is all about imagination. It captures the Wellington your camera can’t in 120 gloriously illustrated pages. If you would like a visually diverting and mildly educational memento, feast your eyes on this.” (Back Cover) 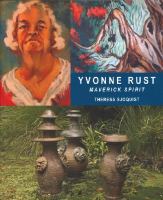 Yvonne Rust, QSM : maverick spirit / Theresa Sjoquist.
“Yvonne Rust: Maverick Spirit is the fascinating, richly illustrated biography of Northland’s iconic artist, pioneer potter, and inspired arts educator, Yvonne Rust, QSM. Yvonne grew up during the Depression years as the only white child in Te Hapua, in the Far North. She graduated with a Dip.FA in 1946, and went on to teach art in schools. As a painter and at the forefront of the pottery movement in the 1950s, she worked closely with such luminaries as Barry Brickell, Ted Bracey, Faith McManus, Richard Parker, Sir Jon Trimmer and Michael Trumic. She believed New Zealand had its own spirit and she sought relentlessly to express it.”(Summary adapted from Syndectics) 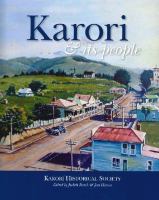 Karori and its people / edited by Judith Burch & Jan Heynes.
“This book traces Karori’s transition from its beginnings as a rural outpost in the 1840’s, through to the thriving community it is today – one of New Zealands largest and most significant suburbs.” (Back Cover)