Wellington is moving to Orange settings at 11:59pm Thursday 02/12. At Orange, our libraries are open with the COVID vaccine pass, contact tracing and face masks required to keep the community and staff safe (more information about Libraries at Orange).

Home > About the library > Branches > History 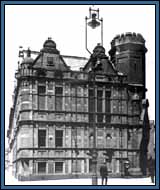 The library struggled, as its settlers did, in establishing itself, but with commendable perseverance, continued in a variety of places with a variety of operators. In 1893 it found a permanent home in a building on the corner of Mercer and Wakefield Streets financed by the ratepayers of Wellington through the Wellington City Council. From then onwards it has continued to grow in size and number. New buildings have been built or refurbished to support the growth of branch library services in Wellington. 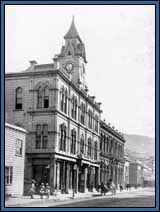 Our libraries I Joining I Borrowing