About this oral history

Seton Nossiter was one of Ohariu Valley's most notable personalities of the 20th Century. He came to live in the valley aged five in 1914 when his parents purchased what was to become one of the first dairy farms in the area. He began farming as soon as he left school and later inherited the family farm but became best known by the wider community for his involvement in local body politics. He won a seat on the Hutt County Council representing the Makara "Riding", then became a City Councillor when Makara and Ohariu Valley were absorbed into Wellington City. He served in this role for many years under the mayoralties of Sir Francis Kitts, Sir Michael Fowler and Ian Lawrence. He also sat on the Wellington and the Hutt Valley Milk Boards and was elected to the Johnsonville Liquor Licensing Trust where he was instrumental in the establishment of the Burma Lodge and the Broderick Inn. Shortly after his death in 1989, Seton Nossiter Park in Paparangi was named in his honour.

This is a vintage analogue recording of Seton Nossiter being interviewed by Vivian Harris. Wellington City Libraries wish to thank and acknowledge Vivian Harris and Gill Pratley (the daughter of Seton Nossiter) for allowing us to digitise the recording and to make it available via this collection. Vivian and Gill have also contributed their own stories to our archive and these can be listened to by clicking the named links on the main page of the Ohariu Valley Oral History Project. 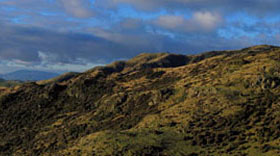 These files are in MP3 format. If you don't have software that will play MP3 files (e.g. Windows Media Player, iTunes), here are some suggestions: Winamp, iTunes.