Another exciting story set in the Bahamas on an island full of flamingos! There is an island of ghosts and there found a map to help them find the treasure. A classic fun story solved by the Thea Sisters.

Reviewed by Francesca from Khandallah and , 8 years old

This book is about 4 Kidds (there last name) who go on a quest to find there parents on there way they encounter Treasure, pirates, art dealers and much much more!!!
I reccommend this book for ages 9+ because it has some parts yonger children wouldn’t understand. 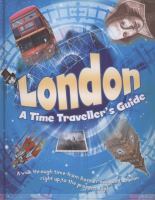 Did you know that London is thousands years old? So when you walk through its busy streets, you are standing on top of history. Forget Doctor Who, With this guide you can travel back in time and discover all the relics of the past, ancient treasures and long forgotten buildings throughout London, England. You will find out all about  of the Romans, Anglo-Saxons, the Vikings, Medieval times, the Tudor, the Victorians to the present day. So come on down to the library and take a fact-filled journey through the history of London, one of the world’s greatest cities. 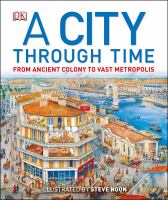 A City Through Time : From Ancient Colony to Vast Metropolis.

In the mood for some more time travel? Check out this new and  stunning update of the popular original, A City Through Time. Follow the story of a city from ancient colony to vast modern metropolis with full-colour illustrations that will transport you back to another age. Reading this book may be the closest you ever get to what really goes on in a Roman bath-house, a medieval castle or a modern skyscraper. Comes complete with a photographic section that profiles great cities through history and a glossary that tells you what you need to know about architecture, technology, work and costumes throughout the ages. Great  for parents and children to look at together or for school projects.

This book explores the gods, goddesses, heroes, villains, tricksters, and quests that make Norse myths and legends so compelling. Forget Thor, the hero from the Marvel comics, now is the time to really study and learn all you have ever wanted to know about the Norse Mythology and the Vikings. As a bonus, you will also discover facts and information that  you didn’t know, like Thor’s favorite weapon was a magical hammer, (Okay, maybe that’s something you already knew), some gods used goats or cats to pull their chariots and gods believed rainbows could be bridges between worlds.

Do you like reading about the strange  and unknown? With this new series on solving mysteries, you are in for a treat. Read all about the encounters, what scientists and other experts think and the evidence that supports the existence of  The Loch Ness Monster, Mermaids and The Bermuda Triangle.

Two new books from the Treasure Hunters series is now available at Wellington City Libraries. Tomb Explores explores all the tombs and treasure you will find in parts of the world such as Egypt, China and South America. You will also discover amazing facts and found out answers to questions like what sort of booby traps were hidden in Pyramids?, Why were the Terracotta Army craftsman ordered to be killed? and Where have tomb explorers used remote-controlled cameras? Great Art Thefts combines the subjects of Art, Mysteries and Crime into one resource. Read all about the great art crime capers that took place throughout history including the theft of the Mona Lisa that took place in 1911, the Boston burglary in 1990 where 13 artworks were stolen and the theft of The Scream in Norway, 1994 during the Winter Olympics.