Its about Pete’s tall sandwich. Pete started hungry so he made a big sandwich but it did not have normal things The whole story begins it is time for lunch and Pete wonders what he could eat. So Pete decided to have a BIG sandwich with a lot of odd things in a sandwich. BUT it became too BIG and then Pete had an idea he shared his BIG sandwich with his friends and they had enough friends that the whole sandwich was all gobbled up.

Reviewed by Sophia from Tawa and , 7 years old 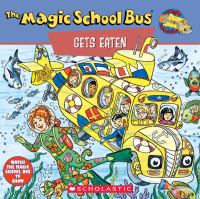 The magic school bus gets eaten : a book about food chains , by Joanna Cole and Bruce Degen

This amazing fiction book I recommend to anyone who loves a time at the beach 🏝 . And going on sea 🌊 adventures .Can you spot the cute little animal 🦎

Reviewed by Lucy from Wadestown and Wadestown School , 7 years old

How to cook in 10 easy lessons, Wendy Sweetser

This book is about is about the main skills you need to learn to be able to cook any dish! These skills are boiling, blending, grating, e.g
The most cool thing about this book – that makes it quite interesting, is that it gives you examples of how to use each skill. For instance, the skill might be blending and one of the examples of how to use this skill would be showing you how to make a smoothie with various ingredients and measurements.

I really liked this book because of the interesting recipes and all the different skills you learn.

I hope that there is a cookbook somewhere out there that have recipes without eggs or nuts! 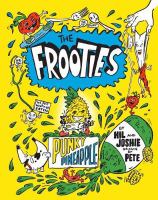 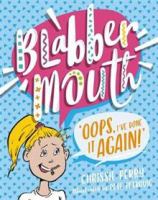 If you like biscuits, and music and adventure, this will probably be for you. A lot of things happen to this boy. His doodling is very impressive. What makes me return to Tom Gates again and again is the humour and the funny pictures

This is another amazing book by David Williams. After reading the book you should also check the movie out too. This book is about a girl with a wicked step mum that kills her first pet. The ending of the book is great since it is unpredictable. It is not scary at all since it is hilarious. Highly suggest this book to all ages. Very good book about friendships.

I gave this book 3 stars because it tells you about teamwork, like how Olivia helped Ella baking cakes but still if the cakes turned out to be salty instead sweet but it still has a note about teamwork. 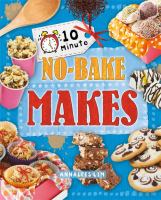 I loved this book and a popcorn recipe. Especially the chocolate in it. I love Craft Books!!!!

Make sure you come along to a delicious and scrumptious Storytime at Tawa Library this Thursday 7th September at 6pm.

This month our theme is all about food, so make sure you have something to eat before you come along otherwise you might get very hungry.

Suitable for ages 4 – 10 years these sessions run for 30 minutes.

Can I eat that?, by Joshua David Stein

I liked this book because I like eating lots of different food. Some of it was easy to read but there were some really hard words as well.