Want to know more about the latest news and important issues? Tune in to watch KEA Kids News, which will help explain the tough stuff. KEA Kids News is a twice-weekly video bulletin of new by kids for kids.

Tune in every Wednesday at midday, and Saturday at 9am for the latest video bulletin at stuff.co.nz/KEA

Here’s the most recent episode for you to enjoy.

Also, don’t forget about Kiwi Kids News, which is another amazing news site for New Zealand children that has daily updates on all sorts of interesting and inspiring things. Bookmark them both! 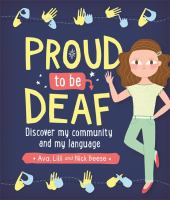 This week is New Zealand Sign Language week. It is a good chance for us to learn what life is like for those people who have hearing loss and to help raise awareness for the New Zealand Deaf Community.

New Zealand Sign Language is one of our official languages and is unique to New Zealand. It includes signs for Maori terminology and concepts that you will not find in the sign language of other countries. Sign languages are different all over the world and even in New Zealand people in Wellington may sign slightly differently to people in Christchurch.

Head on over to the Deaf Aotearoa website where there are some great resources and you can check out events happening in your area.

The library also has books on learning NZSL plus books about children who have hearing loss and what life is like for them. 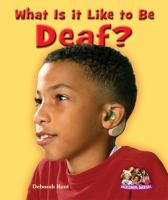 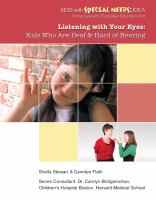 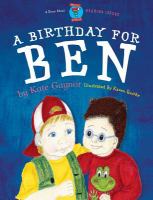 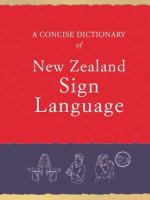 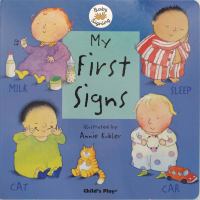 September is Bee Awareness month and this year Apiculture New Zealand are focusing on bee health by educating us on how we can feed the bees and help protect our precious bee population.

Did you know that bees support New Zealand’s agri-industry exports by over $5 billion annually – that is heaps! Plus they help grow one third of all the food we eat as well as helping our gardens flourish and look beautiful.

There is heaps that we can do to help out our little buzzing friends and one of the easiest way is by planting bee friendly plants and flowers. Bees need food so that they can help pollinate the food we eat. Bees will feed on pollen and nectar and this helps them to grow and Bee strong which helps them to fight off disease and parasites.

Bees also need clean water so why not make a shallow container for them to drink from. Just make sure you put pebbles and twigs in the water so the bees have something to rest on while they are drinking.

Another way we can help the bees is to stop spraying our gardens with harmful pesticides which kill the bees.

Palmers Garden Centre who are supporting Bee Awareness Month have information and competitions on their website plus check out their 5 top tips for a bee friendly backyard.

The library also has heaps of books on bees so take a look and… Lets save our bees! 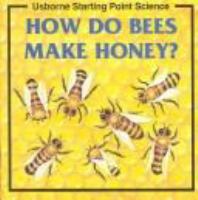 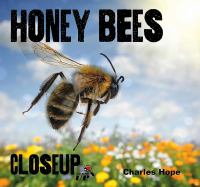 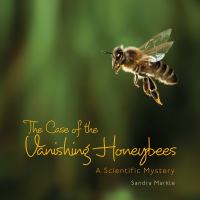 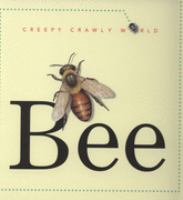 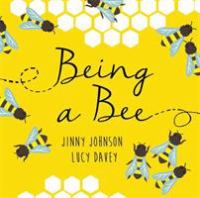 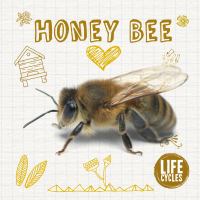 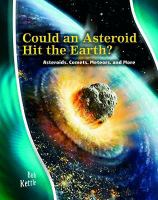 Did you know that there is an International Asteroid Day?

Asteroid Day aims to raise awareness about asteroids and what can be done to protect the Earth, its families, communities and future generations from a catastrophic event.

It was co-founded in 2014  by Dr. Brian May an astrophysicist and rock legend, Danica Remy  president of B612 Foundation, Rusty Schweickart an astronaut and Grig Richters a German filmmaker.

Following on from this the United Nations General Assembly officially declared June 30th each year as the International Asteroid Day.

June 30 was chosen because it marks Earth’s largest asteroid impact in recorded history, the Siberia Tunguska event, which occurred on the 30 June 1908 and devastated over 2,000 km2 of forest, an area the size of any major city today.

There is heaps of information, resources, movies, videos, fun stuff plus the countdown until June 30 on the official International Asteroid Day website so check it out. And don’t forget we also have lots of information and books in the library. 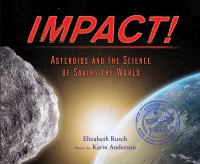 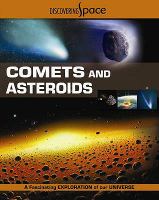 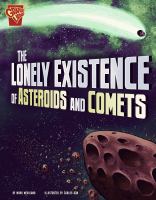 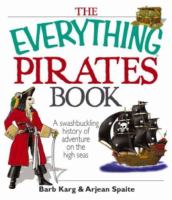 Have you ever read “Treasure Island” by Robert Louis Stevenson? “When young Jim Hawkins is left a treasure map by the dying buccaneer Billy Bones, he sets sail on the Hispaniola in search of the island. Among the crew, the one-legged Long John Silver becomes his greatest friend, but Silver has a shocking secret in store, and when they reach their destination, Jim faces danger and adventure greater than he could ever have imagined.” A truly great read! END_OF_DOCUMENT_TOKEN_TO_BE_REPLACED

There are so many awesome things to discover about our world.

The land we live on, the animals that share it, different cultures, ancient times, volcanoes, earthquakes and World Wars. Not to mention us!  Now that is a very interesting and complicated topic.

The National Geographic Kids website is a great place to visit and just have fun discovering all sorts of interesting things about our planet and everything on and in it.  We can even go a little bit further and explore space and beyond. For instance I discovered that there are more stars in the universe than grains of sand on all the beaches on Earth. That’s at least a billion trillion. Wow – amazing.  I also learnt that a new skyscraper goes up in China every 5 days and that all the blood in my body travels through my heart every minute.

I love this website – there are so many great and interesting things to discover.

You also might like to check out these great books on some of the very special places and interesting things about our world. 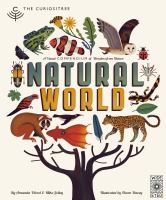 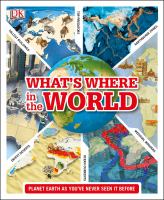 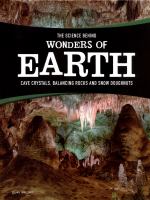 There has been a lot of talk in the media lately about how clean the rivers and streams are in New Zealand.

Most of us would love to be able to swim in local rivers but unfortunately that is not always the case. Some have so much pollution that it is not safe for us to do so.

Having enough clean water is becoming a really big concern throughout the world. When you turn on the tap at home, stop and think where did this water come from, or why it is that not everyone in the world has enough water?

So come on, lets make a start to help clean up our waterways and share these great ideas with your family to help save water

If you could travel back in time to any point in history, where would you go?

Right back to the Stone age being chased by a saber tooth tiger. Maybe in Ancient Egypt helping build the great pyramids or how about being a Viking sailing on one of their great ships.

What about going the other way – into the future. What do you think our world will be like? Maybe we could be living on Mars!

Either way it is fun to read books on time travel and we have heaps of choice for you. 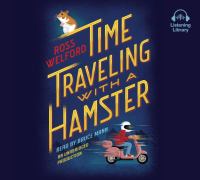 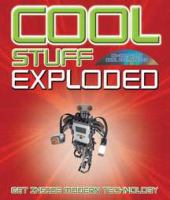 If you could design and make something, what would it be? Something so amazing and fantastic that your friends are going to be sooooo jealous.

What about a robot that cleans your room or hover shoes that you could zoom around on. Maybe  a small pill that has all your vegetables hidden inside (even broccoli) and when you swallow it, it tastes like chocolate or strawberries and cream.

This website has some  great inventions that kids have designed and they have been turned into real products.  I really like the scooter.

So get your thinking caps on and start creating. You might like to check out some of these great books to get you started. 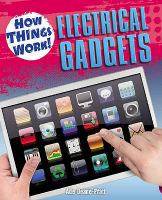 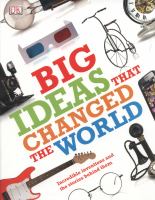 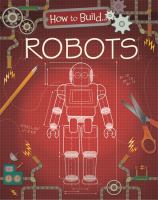 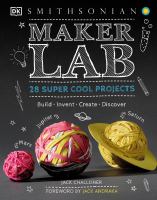 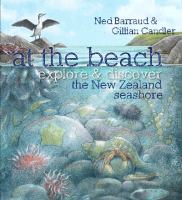 Yay – Summer is here and there is nothing better than going to the beach. Swimming in the surf, picking up driftwood, finding pretty shells and looking in rock pools.

We are so lucky in New Zealand because nine out of ten New Zealanders live within 40 km of the coast.  We have a very long coastline. When you put our three main islands together there is over 18,000 km of coast in total length. If you decided to walk along our coast it would take you about 6 months and that’s if you could keep walking day and night non-stop!  I don’t think I will try that!

Have you thought about becoming a seaside scientist? Why not study some rock pools. You might find some sea anemones or maybe a starfish.  Perhaps you might like to hunt for crabs.  Watch out that they don’t bite your toes though. Or maybe you like to look at all the different types of seaweed that may have washed ashore.

Whatever you like doing there is always plenty to see and do at the beach.

And don’t forget to build your sandcastle or create your own artwork in the sand. Draw a face and then use shells, pebbles and seaweed to decorate it. 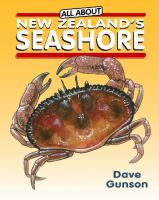