Calling all 9-12 year olds – head along to BookSeekers next week to find out about what’s hot in books, share some of your own favourites, fun and activities and all for free!

Hello again!  The March meeting went off with a bang with more new members and an animal theme.

We stared off with playing a ‘guess who’ animal game with funny photos of animals. Which we figured out that asking questions like are you a feline, or are you a mammal or are you a domestic animal, this helped us find out faster !!

We then had reviews of books from last month’s theme Non-Fiction these are some of the team’s reads! See you next time at Karori Library on April 10th at 4pm for the next club meeting. 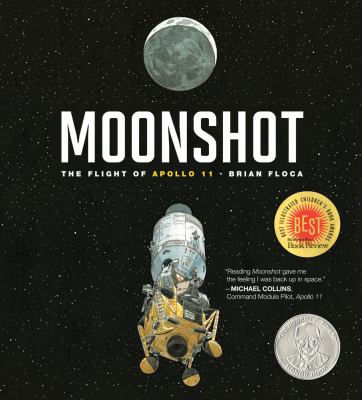 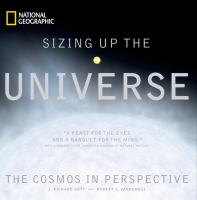 We then launched into our reviews! Lots of fantastic holiday reads were discussed !

Our topic for February NON FICTION was reviewed and we looked at the founder of the Dewey system Melvil Dewey. What an interesting man! We played a Dewey system guessing someone chose a random Junior non-fiction book and brought it back to the group hiding the Dewey number, we had to guess which number it was based on the title!

We also made quick crafty Valentines cards for our friends, families, pets and secret admirers! OooOooooo

See you guys next time at Karori Library on second Tuesday of March 4pm for our new topic ANIMALS!

Our February BookSeeker meeting was full of laughs as we started off the new year with all things humourous. Jokes, rhymes, funny stories – it was all there.

We started the session by making our own jokes. Here are the instructions so have a go at making one yourselves!

Fill in the gaps with a word from List C and a word or phrase from List D.

Use the words from List A and B to make the punchline.

Here is an example

Question: What is Pink and burps?

Answer: A pig drinking a milkshake.

Mystery is our new reading theme until February. So our December end of year party started off with a Mystery game in the Library. Solving clues to find pieces of a jigsaw puzzle hidden amongst the books and people. We then sat around ate treats and did our reviews from last month. Here are some recommended, five out of five star books you can check out.

Our Theme for our February meeting is Non-fiction .Looking forward to seeing all the new graduated Book busters to Seekers! See you in 2012!!! Wow futuristic.

HAVE A LOVELY CHISTMAS AND HAPPY NEW YEAR!

We started our meeting with a fun game called draw and fold. We came up with lots of weird and wacky drawing.

Ruth Paul joined us and talked about her great picture books. We had a special insight to an author’s life. She showed us one of her original painting from The King’s Bubbles. We all felt very inspired and went on to our own book reviews.

Emily read Hetty Feather Volume one by Jacqueline Wilson a story based in England about the circus and a foster home. Emily gave it *****5 stars

Next month’s topic will be Mystery.

It’s about Aunt Effie who goes into hibernation and her 26 neices and nephews have to look after the house and there’s a flood but luckily they have painted the house and barn so they float and they save people.

My favourite bit was when they save Jack Lasenby and Harry Wakatipu.

A Rose for the ANZAC Boys – Jackie French

This is an historical novel about World War 1. Midge and her friends are in boarding school in England while the war takes lives in France. Desperate to do their part they set up a food station. This is the story of the rest of their lives.

It is about the Greek Gods and goddesses and half bloods, and a famous half blood called Percy Jackson and the Titan Lord Kronos.

My favourite bit was when it turns out the hero wasn’t the hero.

My favourite part was when she gets her tortoise bigger. 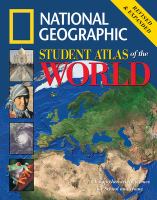 Our new topic for the month is countries of the world! We started with a game of ‘Who can guess the national costume?’ The team did great with guessing costumes from countries such as China, Ethiopia, Wales and Holland!  We then had reviews from last month…

QUINCY read the last book of the series, Skulduggery Pleasant by Derek Landy called Death Bringer. Quincy gives it 5 STARS and was sad to see the series finish.

Science smart: cool projects for exploring the marvels of the planet Earth  by Gwen Diehn.

VISHANTH this month read a book of science where it had amazing interesting facts and instructions similar to this book. It even teaches you how to make a solar oven!  He gives it 4 AND A HALF STAR.

JOSHUA read Flush by Carl Hiaasen he gives it 5 STARS!

REBEKAH read a great science fiction fable about an 11yr girl who gets a clock for her birthday, the girl discovers it is no ordinary clock, it can control time. She travels to the future and the past. Rebekah gave this book 4 STARS. Raewyn recommends Tanglewreck which has a similar plot.

Adventure beneath the sea : living in an underwater science station by Kenneth Mallory

RAEWYN read Adventure beneath the sea: living in an underwater science station by Kenneth Mallory which has a great insight into the life of a scientist living under the sea and the kind of thing they do. It even showed where they sleep and there was even a toilet underwater! Raewyn gives it 4 STARS.

We then closed our BookSeeker’s day with another game! This was an empty map of the world. We had to guess with pins where the ten largest countries were. Well done BookSeekers KARORI! See you in November when we have a special guest Wellington’s author and illustrator Ruth Paul.

They reviewed the books they had been reading over the holidays, which included The Famous Five and The Hardy Boys, and then they were introduced to the Bookseeker theme for October: books about Animals. Then the Bookseekers did a quiz where they had to match the baby animals to the adult animals, and Debbie read a poem aloud from Roald Dahl’s Revolting Rhymes.

There was more fun when the Tawa Bookseekers were given animal puppets and had to create a story. The puppet stories had to include random words like “train,” and “biscuit.” There was loads of laughter from everyone when the Bookseekers presented their stories to the group. Finally, the Bookseekers did another quiz where they had to match-up the country with its national animal. Did you know that the Chihuahua is the national dog of Mexico? Join the Tawa Bookseekers in November, on Wednesday 9th, 4 -5pm, for Stories From Other Countries. Bookseekers is free to join for children aged 9 – 12.

With our topic this month of Science we played a game about statistics. Different coloured discs were handed around and for each colour we had to name a favourite place, or game, or hobby, or book, or “if you could change your name, what would you choose”. Then we looked at the number of people who voted for those things. London was the fav place to go, Monopoly the fav game, fav hobbies were Reading, Drawing, Scouts and Sports, other names we would like to have were Amanda, Alex, Hazel and James, and the fav books were “most things” by Jacqueline Wilson and Skullduggery Pleasant.

Our new members, Emma and Isabella wrote these reviews:

“All my life I’ll think of you, I promise I will. I won’t ever forget you.” Bertie rescues an orphaned white lion cub from the African veldt. Bertie and the lion cub were best friends till Bertie is sent to boarding school. Bertie never forgets the lion. Bertie grows up and goes to war. Then when he is older he finds the lion again. This is a great book and I recommend it for 7 yrs and up. (My dad liked it too)

When Arthur and Lucy are sent to stay with their uncle at the seaside, Tumtum and Nutmeg decide to go along and keep an eye on them. But then the mice stumble upon an abandoned dolls house and a mysterious treasure map and all sorts of adventures unfold. It’s a good book because it has lots of bits where you just want to read more. It’s a very exciting book and I would recommend it to anyone.

Some of the Non Fiction books we read this last month are linked below.