Want to find out about Olympic sports? Here’s some cool info about Rowing; a sport that New Zealand is very good at. 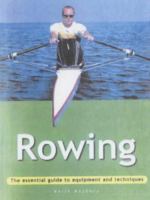 Rowing is a boating sport, contested by both men and women at the Olympics. There are two types of rowing events, sculling where the athletes use an oar in each hand and sweep rowing where athletes use both hands to hold one oar. All races are over a distance of 2000 metres.

Rowing is a sport that requires both endurance and coordination. Races usually feature a sprint over the first 500 metres and another over the final 500 metres where stroke rates can be around 47 per minutes. Wow, that sounds exhausting. 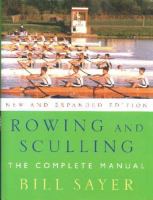 Rowing first gained popularity as a sport in England in the early 1700s. By the 1800s it had spread throughout Europe and the United States and often features teams from the finest schools and universities. Oxford and Cambridge became traditional rivals in England and Yale and Harvard became rivals in the United States.

Rowing made its Olympic debut as a men’s sport in the 1900 and has remained on the programme ever since. Women’s rowing events were introduced in 1976.

It is a very exciting time for Rowing New Zealand as we have qualified the largest ever team to compete in this years Olympics and for the first time ever we have a women’s eight and men’s lightweight four competing. In previous Olympics New Zealand has won 9 Gold, 2 Silver and 10 Bronze medals and we hope that we will add to this number during these games.

Some of the stars of our New Zealand team are Eric Murray and Hamish Bond in the men’s pair and Mahe Drysdale in the men’s single scull but you can check out all the athletes from the rowing team here.