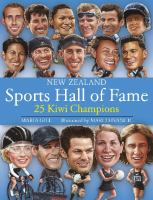 New Zealand’s Olympic story began in 1908 and over the years Kiwi athletes have given us many memorable moments and have earned New Zealand the reputation for punching above its weight.

Our first Olympians competed as part of an ‘Australasian’ team in 1908 where Harry Kerr from Taranaki won our first medal with a bronze in the 3500m walk.

Our first official New Zealand team was in 1920 which included only four athletes. Darcy Hadfield was part of this team and he won a bronze medal in the single sculls. 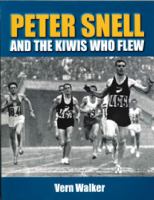 New Zealand has excelled in a variety of sports at different times. In the 1960s our runners did well. In the late 1960s and 1970s rowing became very successful. The 1980s saw a rise in New Zealand water sports such as canoeing, swimming and sailing. The 1980s and 1990s was a great time for our equestrians and in the 1990s our cyclist began to make their mark.

Some of our more notable Olympic medal winners include Peter Snell. He won three Olympic gold medals in track & field and in 2000 he was voted New Zealand Athlete of the Century. John Walker was our great miler, winning gold in the 1500m race (often consider the glamour event of the track & field) at the 1976 Montreal Olympic.

Then there is Ian Ferguson our canoeing great. Few New Zealanders have competed in more Olympic Games and no one has won as many medals or as many golds.

Lets not forget our current gold medal winners that are competing at the Rio Olympics now. Greats such at Valerie Adams, Lisa Carrington, Mahe Drysdale, and Mark Todd

If you would like to learn more about our great medal winning athletes as well as all our other athletes competing at the Rio games then click here.