New non-fiction that reaches from the sky to the deepest depths. 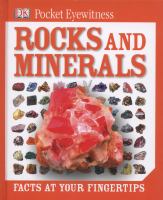 Whether they are igneous, sedimentary or metamorphic, this little book is crammed full of facts about different types of rocks and minerals. Do you want to know the difference between the types of rock? Read this book to find out. 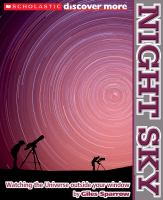 Have you ever looked into the night sky and wondered what exactly you were seeing? This book will explain everything you need to know about watching the stars. It’s got some amazing pictures of deep space; the picture of the butterfly nebula is particularly beautiful.  There are star maps for both hemispheres, so wherever you are, you can look up and map the constellations. There’s plenty of information on the constellations, too; where they are, when you can see them and how they got their names.  If you have an interest in astronomy or just want to know more about the stars, then this is definitely the book for you. 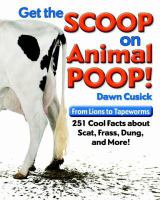 Get the scoop on animal poop! : from lions to tapeworms, 251 cool facts about scat, frass, dung & more!

If you’re easily grossed out, you’d better avoid this book! If you’ve got a strong stomach, then this book has got some surprisingly interesting facts about what comes out of the wrong end of our feathered, furry and scaly friends. For example, did you know that the waste material of insects is called frass? Grasshoppers and other insects have complete digestive systems, just like humans, which means they have to get rid of waste the same way. 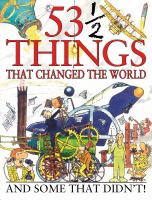 This is a hilarious book that talks about the great inventions of human history…and those that weren’t so great. It goes through the history of each ‘thing’…I like the pages on the development of the toilet. As well as talking about the printing press, telephones, guns and antibiotics, this has some really funny information about chewing gum, the miniskirt and the sandwich. But really, what would a school lunch be without a sandwich? 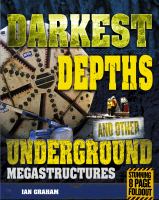 Darkest Depths and other Underground Megastructures

Find out about everything that happens underground in mines and tunnels. This interesting books will let you know all about the biggest underground projects and what it’s like working underground. Explore the dangers and find out what’s going to happen in the future. 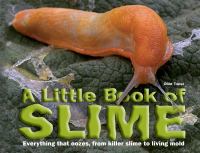 A little book of slime

This is another book you might want to avoid if you’re easily grossed out! From jellyfish to the Banana slug, this book has information on all sorts of slimy creatures and plants, whether on land or in the water.

When dinos dawned, mammals got munched, and Pterosaurs took flight : a cartoon pre-history of life in the Triassic 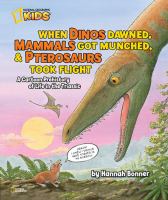 That’s the coolest (and the longest) book title I’ve seen in a while. But never mind that; this book will tell you all about what life was like before the dinosaurs ruled the earth.  After erupting volcanoes  caused mass extinctions, dinosaurs were just one of the many forms of life that got started in the Triassic period. With its great illustrations and amazing facts, this is a great book about a period of time that isn’t often discussed.
Buried alive! : how 33 miners survived 69 days deep under the Chilean desert 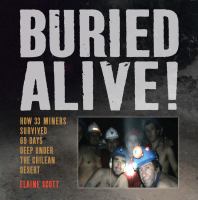 In September 2010, the San Jose copper mines in Chile sustained a serious but not unpredicted cave-in that trapped 33 miners 700m below the earth’s surface. This book is an amazing and exciting account about how the men survived underground for 69 days and how they were rescued.